You don't need a spider-sense to live the life you want.

Peter Parker lived like most of us do in the shadows and sheepishly moved along day-to-day. As a high school student he was unpopular, was picked on and geeked out on books. His insecurities, wafting on the inside, set his course--so he thought. Parker was an orphan and lived with his aunt and uncle in an unremarkable existence. As fate would have it Peter was bitten by a radioactive spider, giving him supernatural powers and propelling him into a hero. The event would forever change this awkward teen's life and ushered the dawn of Spider-Man. But he had no choice to adapt. One night, a thief killed his uncle Ben and Parker pledged he would utilize his gifts to defend mankind. "Not everyone is meant to make a difference. But for me, the choice to lead an ordinary life is no longer an option," he exclaimed. Are you living an ordinary life riffled with fear, doubt and insecurities? You don't need Spider-Man powers to live the life that you want. Here are 6 things that we can learn from the famous web-slinger.

"My life is not for the faint of heart. If somebody said it was a happy little tale... if somebody told you I was just your average ordinary guy, not a care in the world... somebody lied," Spider-Man announced. Peter Parker's start was an unhappy one, but after he received confidence the lackluster teen was empowered to change his narrative. We can make the judgment to not allow external circumstances to wrap its tentacles around our purpose. Make your story count, even if the start was unfortunate. You make the choice on how your account is going to end.

Use the power that you already possess.

Before Parker's uncle was murdered, he shared sage advice. "With great power, comes great responsibility." You can find this in the Scripture as well when the Lord shared that life is not easy and Christians. Being spiritually awake can be a joy and a burden as we all have talents. It is up to us if we use it for good or to not use it at all. Uncle Ben's advice speaks to us today as it does in Luke 12:48: "From everyone to whom much has been given, much will be required; and from the one to whom much has been entrusted, even more, will be demanded." Consider yourself already powerful and be faithful in what you've been given already.

Use failure as a power source.

When you take tough times to heart it will make it harder to bounce back. Spider-Man used this after the loss of his uncle. Use failure and loss as a motivation to tackle the situation from another angle. Your potential actually increases, Life Hack explained. "Every failure experience you have since the most painful events in life often give us the most valuable experiences and dramatic growth." Alternately, if you don't, failure and disappointment will leave you in a fog and in a rut.

Tap into your inner radar.

You are more than flesh and blood, you are a spirit being. With this, you are given discernment to help make decisions through the Holy Spirit. For example, have you ever met a person where you knew something was off about them? Maybe it was dismissed, but later you found out that you were right? We need to tap into our inner radar to discern if we should move forward with a project, a relationship or another endeavor. Spider-Man's discernment was an inner radar. This guided him away from dangers like loose shingles on the rooftops when spinning a web and it warned when danger was lurking.

Stop caring about other people's opinions.

If you think you can get through life without an enemy, naysayer or antagonist, you are wrong. There will always be someone who does not like you. Even superheroes, can't win everyone over. During Spider-Man's career, he faced the same predicament. He received praise, love and honor from some. From others, there was revulsion and contempt. This almost shattered him, driving him to quit and tempted him to give up his purpose. People will object and say things that are painful to you. You can acknowledge the hurt feelings, but don't allow it to master decisions. When this happens, progress by letting it go and shift your thoughts on what you've been called to do. Spider-Man did this deftly and so can you!

Focus on your own lane.

If you're in the superhero world and you're Spider-Man, it can be intimidating! Being in the company people of Superman, the Incredible Hulk, Batman or Thor, can make one feel insecure. We often compare ourselves to others and their gifts.

Allowing this to break our confidence also allows jealousy to sneak in. Spider-Man focused on his superhuman strength, durability, stamina, healing and the ability to scale walls, not on his shortcomings or the talents of other people. Focus on your own journey while rising above the temptation to become sidetracked. "Be ruthlessly realistic about how your talents match up with the goal you set. If your goal seems unreachable, pull back and master mental contrasting," Psychology Today offered.

We can get a sense from most of our superheroes that they all had issues to sort out. Spider-Man is like most of us, who found out that there are always bumps on any path. We might not have superhero power, but that doesn't mean we can't live like one. Living large and living like Spider-Man doesn't mean perfection, it means taking action over your life. 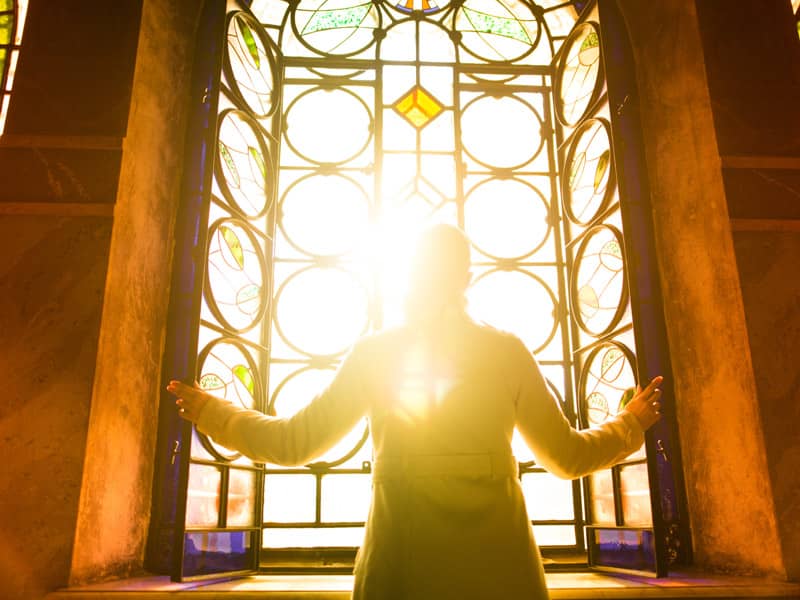