10 films that celebrate the significance of African Americans in film and culture.

Check out these 10 films that celebrate the significance of African Americans in film and culture. From battling racism, to exposing stereotypes, this list spans nearly 90 years of American cinema. These films will entertain but in many cases, also educate.

This 1929 technical gem of a film was one of the first movies in Hollywood to combine field sound with studio sound. The all black cast was among the first for a major Hollywood studio. It was considered both a major risk and breakthrough to tell a story about African American life. Director King Vidor was nominated for an Academy Award for his efforts.

Diary of a Mad Black Woman

Diary of a Mad Black Woman

Released in February of 2005, Director Tyler Perry had very little support from the studio. It was up to him to promote the film thru his extensive contacts from performing plays in African American churches around the country. Expected to gross under $2 Million in the opening weekend, the film exploded onto the scene when it grossed upwards of $22 million making it one of the best February opens of all time. Perry became a franchise and the market for African American moral tales was born.

Purchase Diary of a Mad Black Woman on DVD

This unique biopic stars Jackie Robinson playing himself. Blurring the lines of documentary and narrative, the story tackles the abuse and ultimate glory of being the first African American Major League baseball player. It was a box office hit, even in a time of intense racial tension.

Release in 1986 before the pervasiveness of documentaries on TV, this biting expose was largely unnoticed outside the academic community. Narrated by Esther Rolle, it studies the roots of racial stereotyping by uncovering 150 years of vicious portrayals of African Americans in art, film and even Saturday morning cartoons. It’s both convicting and enraging but it’s a film everyone should watch.

This 1989 film only made $25 Million at the box office but it achieved both critical and philosophical success. Starring Morgan Freeman and Denzel Washington, Glory tells the true story of the all black 54th regiment. They were led by a white Colonel who fought for them to receive equal pay. Most were killed during an assault on Fort Wagner but they inspired over 180,000 other black soldiers which ultimately led the Union to victory.

Director Spike Lee produced, wrote and directed this film that is considered by many critics one of the best films of all time. It’s often humorous but erupts in a crescendo of racial violence before it settles back to common ground. Director Lee articulates a story with rich characters that attack every taboo in a way that mesmerizes, not offends. This is a rare gem of a film that can reinforce whatever it is you already believe.

Purchase Do the Right Thing on DVD

This compelling documentary brings orators, poetry and music together in a concert setting that many refer to as the black Woodstock. Organized by the famous Stax Records in Memphis, this concert commemorates the 7th anniversary of the Watts riots. Over 100,000 people attended, thanks in part to the $1 admission. Highlights include commentary by Richard Pryor, The Rance Allen Group performing “Lyin’ On the Truth” and Jesse Jackson reciting his “I Am – Somebody” poem. Shot in August of 1972, the performances still hold up today.

Released in 1972, it was the first and arguably still the best black coming of age movie. It focuses on the lives of two high school students, one athlete, one scholar and while often funny it ends tragically. It’s often compared to American Graffiti and helped spawn several huge television shows including, The Jeffersons, Good Times and What’s Happening!! 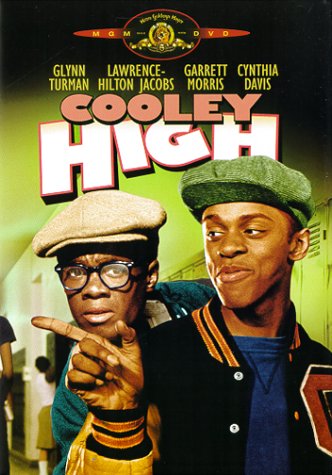 Directed by Robert Townsend this hysterical film sports one of the first appearances of the now ubiquitous Wayans brothers. Unlike the tension felt in many of the Spike Lee films, Townsend uses satire and exaggeration to combat the stereotyping of African Americans in media.

Boyz in the Hood

Boyz in the Hood

The film starts with the startling factoid that “1 in 21 American black males will be a victim of murder… Most will be killed by other black males.” The film poignantly deals with youths growing up in gang infested areas of Los Angeles. Not only is the story significant but director John Singleton became the very first African American nominated for Best Director at the Academy Awards. At the same time, he was also the youngest person ever nominated. The film has been deemed culturally significant and is preserved with the National Film Registry.

Purchase Boyz in the Hood on DVD

Should Christians Watch Secular Movies?
Is it okay to go see that summer blockbuster? Read next feature >