Unlike other Peter Pan films, director Joe Wright’s will be highly technical and offers several action packed scenes about the untold tale that lies behind the history of Peter, Hook and Neverland. 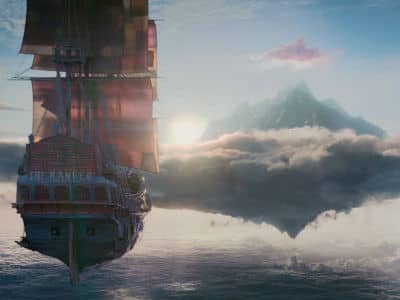 Set during WWII 12-year-old Peter, Levi Miller, is living at a London orphanage when he finds himself being whisked away to Neverland. There Peter meets James Hook, Garret Hedlund, and Tiger Lily, Rooney Mara – together they must fight the battle against Blackbeard, Hugh Jackman, in order to save the illustrious Neverland. Along the journey, Peter unfolds as a hero who will forever be known as Peter Pan. The prequel tells the origins of Peter Pan and Captain Hook – revealing their initial meeting, the alliance and the future.

When casting for Peter, filmmakers looked at thousands of kids in the United Kingdom, the United States and Australia before they found Levi Miller and cased him in the role. And interestingly enough, Miller won a drama award when he was five-years-old for playing Peter Pan. He’s stated in many interviews that he loves the 2003 live action film of Peter Pan.

Unlike other Peter Pan films, director Joe Wright’s will be highly technical and offers several action packed scenes about the untold tale that lies behind the history of Peter, Hook and Neverland.

The story of Pan reveals the beginnings of a mischievous boy who never wants to grow up yet finds the bravery, from within, to prevail against the odds. Peter possesses the fearless cockiness that every child feels when they are growing up in an adult world. Like the other visions of Neverland in prior Peter Pan films this one will also include mermaids, fairies and pirates.

John Powell will compose the music for the film. Powell is best known for his Academy Award nominated score for the animated film How to train Your Dragon in 2010.