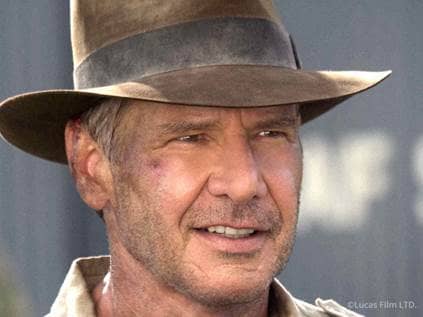 You may have heard rumors circulating about Indiana Jones and the possibility of another film – well, it’s been confirmed. Cinematographer Janusz Kaminski revealed in an interview with Variety that his next project is the upcoming Indiana Jones film. Later, Disney and Lucas film revealed that Harrison Ford and Steven Spielberg have signed on to star in the fifth installment. The highly anticipated movie is set to release July 2019.

Disney chairman Alan Horn commented during a press conference about the release, “Indiana Jones is one of the greatest heroes in cinematic history, and we can’t wait to bring him back to the screen in 2019. It’s rare to have such a perfect combination of director, producers, actor and role, and we couldn’t be more excited to embark on this adventure with Harrison and Steven.”

The question of who will play the great archeologist is buzzing everywhere on the web. With that being said, media outlets have said that Bradley Cooper is reportedly in talks to take over Harrison Ford’s infamous Indy role. However, there are no confirmations as to whether or not that will actually happen especially since Ford is officially signed on for the gig.

We also know that screenwriter David Koepp, who’s responsible for the latest Jurassic Park installment, will be writing the screen play. Koepp also co-wrote the Indiana Jones movie, Indiana Jones and the Kingdom of the Crystal Skull. However, it’s still unclear of the role Lucas will have within the movie project. While Lucas is not included on the official Disney press release, it’s believed that he will have some involvement in the film since he and Spielberg are long time friends.

A few months ago before Star Wars hit theaters Harrison Ford told Entertainment Weekly, “I must say that I think the luck of my career is that, between Star Wars and Indiana Jones, I had the opportunity to bank a bunch of films that are reintroduced to succeeding generations, which basically have kept me…at least they’ve kept [audiences] acquainted with me. And that’s been good for me.”