There are many other notable date night movies that are popcorn worthy – 500 Days of Summer, Cinderella Man, Catch Me If You Can, Forest Gump and The Graduate. 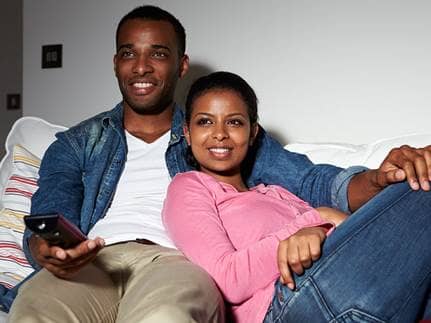 Every couple needs to implement a standing date night. It doesn’t have to be an expensive candle lit dinner or a cliché walk on the beach. Instead, opt for a simple date night at home that in the comfort of your own home. Opting for a movie and cozying up on the couch with your main squeeze can be exactly what you both need after a hectic work week.

Break open a bottle of wine, order a pizza, pop some popcorn and watch one of these great flicks. With viewing options like Netflix and Amazon the selections are truly endless.

Silver Lining Playbook – Who doesn’t love Bradley Cooper and Jennifer Lawrence? Their chemistry is amazing. In Silver Lining Playbook and unlikely couple discovers true love. The film reminds us that we are a little crazy and past relationships can leave us in pieces. But in the end true love prevails. If you’re willing to put yourself out there and be yourself everything else will fall into place.

If you’re not up for a serious love story then you can always look for some comic relief.

Forgetting Sarah Marshall – Breaking up is hard but sometimes a break up leads you to the one. Jason Segal, Kristen Bell and Mila Kunis will leave you laughing hysterically. Everyone has experienced a break-up that leaves you feeling less than enough. Segal’s character is left feeling empty after Sarah Marshall, played by Bell, ends the relationship. On the journey to make her jealous, Segal’s character finds love and discovers he’s a lot stronger than what he originally gave his credit for.

If you feel like taking a walk down your younger memory lane.

Almost Famous - This is the perfect film for music and movie lovers. The film will have you reminiscing times when you were younger and thought you had it all together. It’s a coming of age film that will remind you of the times you thought there was no limit to the sky. After watching the movie, you’ll probably feel compelled to listen to the oldie but goodie songs you use to listen to on your walkman.

If you’re feeling nostalgic you could always dust off one of the infamous classics.

Annie Hall - I think it’s safe to say that Annie Hall single handedly revitalized the genre of romantic comedy. The film is funny and Diane Keaton will leave you feeling warm and fuzzy inside. The circle of love that shadows around Annie and Alvy is relatable. In the end Alvy says, “Love is essential, especially if it is neurotic.” Which is entirely true!

Maybe you’re not feeling the romantic flick and you’d prefer something with more suspense and drama.

Shawshank Redemption – Tim Robbins and Morgan Freeman helped to make Shawshank Redemption a must see movie. The film was released in 1994 and is still one of the movies everyone should watch at least once during their lifetime. Two imprisoned men bond over a number of years, finding peace and eventually redemption through the acts of decency they perform throughout their sentence. The film is about friendship and the good that lies within a person’s soul.

There are many other notable date night movies that are popcorn worthy – 500 Days of Summer, Cinderella Man, Catch Me If You Can, Forest Gump and The Graduate. Some more romantic or action packed than the others. No matter which way you go, these films will not disappoint.