Although it has been years since Walt Disney introduced us to his version of the Cinderella story in 1950, the debate rages on whether or not Disney princesses are actually a good influence on our daughters. 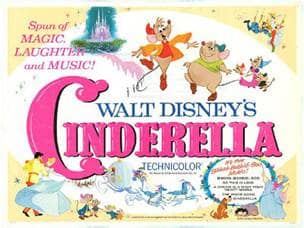 Although it has been years since Walt Disney introduced us to his version of the Cinderella story in 1950, the debate rages on whether or not Disney princess are actually a good influence on our daughters. Cinderella is one of the most popular princesses in the franchise with many little girls wanting to be and look just like her. But is this damsel in distress story really harmful? It depends on who you ask.

"Even if you are an adult Disney fan, it’s hard to defend some of the earlier princess movies. After all, in films like Snow White and Cinderella, there’s not much the female protagonists did except some excellent housekeeping and finding a prince to make out with." says Caroline Pate of Bustle.com. She goes on to say that even though the more recent Disney films like Frozen and Brave show a different side to the princess lifestyle, the movies still have troubling messages.

"While these films and others like them may not follow exactly the same formula as the original Cinderella tale, they do have much of the same general outline: a woman, with some kind of special, inherent talent, is saved from her dull life when someone important finally takes notice of her."

Whether you agree or not with that statement, others are not too hopeful about the new live action version of the Disney classic either. "Forget the glass slippers, lace up your running shoes, and get as far away from this movie as possible," says the un-named author of "The Magical World of..." blog. She is a fan of Disney and is a feminist, but except for the dress, she is not a fan of Cindy. Why? Because Cinderella's step family orders her around and insults her, but she does nothing to stop it. "Cinderella is in a terrible living situation. She is most certainly a victim of domestic emotional abuse. Yet the movie depicts her as handling this abuse with a quiet, graceful dignity. As if allowing people to treat you like dirt is an exemplary quality," says the author.

Meredith Ancret from "The Snark Who Hunts Back" blog has a similar take: "Let’s get one thing straight here, Cinderella only stayed in that home of her own free will. Why? Well that’s left to our imagination, but I would imagine that it had something to do with it being the last place her father was alive, but what do I know about childhood trauma...she could have left of her own free will and conceivably found employment in any number of better conditions as a maid, cook, or seamstress."

Perhaps they are thinking too deep about a movie that portrays mice being turned in horses and pumpkins into carriages. I think the story is pretty clear that if she could leave, she would. Even if she was to break free, where would she go? One gets the impression that she has never been outside the home.

Some complain that the story teaches young girls that a fairy godmother or a handsome prince will whisk them away from all their troubles. While I suppose that there are some girls who may walk away with that idea, most know the difference between a fantasy story and real life.

In Disney's 1950 movie, Cinderella is on her last nerve when she is locked up at home not able to attend the ball that she had been looking forward to. In the garden, she falls on her knees and cries out. The fairy godmother doesn't just appear on the scene waiting to give the girl her wish as if she were a genie. She is shown comforting the girl like real mother, or if you want to spiritual about it, like the Holy Spirit. In a sense, we can choose to view the story as an allegory for Jesus coming to us during our darkest moments and offering hope.

Just like in Rodgers and Hammerstein's musical of the same name, the fairy godmother sings that "Impossible things happen every day," it's the same thing with Jesus. Sometimes we find ourselves in situation that no one but Jesus can get us out of. In Matthew 19:26, it says, "Jesus looked at them and said, 'With man this is impossible, but with God all things are possible.'" (NIV)

Ancret, who admits to not being a fan of the movie, actually ends up defending it. She acknowledges that Cinderella doesn't have a desire to go to the ball to meet the prince. "She just wants to get some sort of break from her life, a chance to do something amazing and magical for a single evening...She goes back to her old life, with a little something to remember the night by, and gets on with her life. A lesson that many people could do with learning. She might have had a hard life, but she did not act as if she was entitled to anything from the prince or her fairy godmother."

This thought process matches earlier versions of the Cinderella tale, which go back as far as the as the 1600's. Some portray Ella's mother telling the small child to "be good and kind." In the new 2015 movie, she shares a similar phrase, "have courage and be kind." If this new Cinderella can continue to be kind while her step sisters are cruel, it is definitely a quality that parents would be happy to see their daughters emulate.

However, families can also make the mistake of embracing the princess culture too much.

Some have unknowingly created little girls who can only eat with their "princess" silverware and can only be comforted by "princess" bandages. The term "princess" almost appears to synonymous with perfection. Have you ever seen a homely princess? Or an overweight one? Or one wearing blue jeans? How about a princess who does the wrong thing? This is where kids will get more out of watching Princesses like Merida in Brave. She is a spitfire who ultimately does good after admitting the things that she has done wrong.

Overall, Disney's interpretations of its brand's princesses is more positive than negative. They are always friendly, kind, generous, and willing to see the best in others. These are qualities that most parents would be happy that their children emulated. In the end, it's just a movie. What ultimately shapes a child's view in life is guided by their parents' words and actions, not Cinderella's.

To read more from Jeffrey Totey, visit his column Peanuts and Popcorn.