Catch Up on the Entourage Phenomenon

There’s no doubt that fans will be lining up to see the highly anticipated film and see what the entourage crew is up to. Who knows, maybe we’ll see another Entourage film in the future. 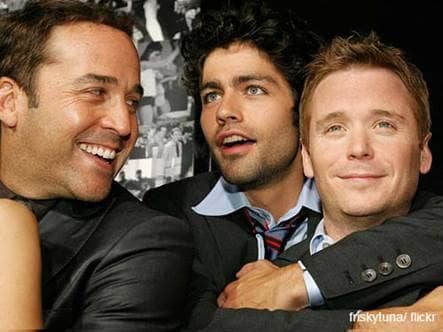 Eight seasons followed by years and years of contract negotiations and finally on June 3, 2015 The Entourage movie will hit the big screen and become a reality for fans all over the world. However, since it may seem like a short eon since the HBO series ended let’s catch up and figure out where it all ended.

Then last but certainly not least you have Vincent’s childhood friend Salvatore “Turtle” Assante, played by Jerry Ferrara. Turtle acts as Vincent’s driver and assistant. The crew often jokes and questions what Turtle’s real purpose, in the whole grand scheme of things, actually is. And of course you can’t forget Vince’s agent Ari Gold played by the always hysterical Jeremy Piven.

Season eight left us with so much. Vince spends three month in rehab and is eager to get back into working. Most of the episodes are driven around a miner movie that Vince writes but everyone else thinks it’s a terrible idea. Drama goes back and forth with career and success but ends up landing a TV movie deal and his own animation in “Johnny’s Bananas.”

The later episodes go back and forth about Vincent selling his shares over the Avion deal – but in the end he never sold the shares and now they’re worth $15 million. And Turtle’s $300,000 is now worth $4 million.

Eric finds out that his on and off again girlfriend, Sloan, is expecting and Eric is the father. She decides to move to New York, with or without Eric, but in the end he makes the decision to move as well so he can be a good father to the child. The crew is about to fly to Paris for Vince’s wedding. In the end, the crew seems to have mended any and all of the drama that had consumed their lives and Ari is presented with the opportunity of becoming a chairman and CEO of Time Warner.

Now flash-forward to where the movie picks up – seven to eight months later and you’ll find a totally different crew. Still together. Still a band of brothers but a lot has changed. Spoiler alert – Vince isn’t wearing a wedding ring.

There’s no doubt that fans will be lining up to see the highly anticipated film and see what the entourage crew is up to. Who knows, maybe we’ll see another Entourage film in the future.