Are Women Superheroes Making a Comeback?

With films based on Wonder Woman, Catwoman and Supergirl, we’ve seen a flux of heroines over the years. But of course we like to see more of these ladies on the big screen and television. 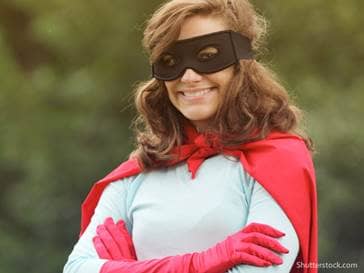 With films based on Wonder Woman, Catwoman and Supergirl, we’ve seen a flux of heroines over the years. But of course we like to see more of these ladies on the big screen and television.

There has been a lot of headway as “Supergirl” was a film in 1984, and is now a television series on CBS. “Catwoman,” starring Halle Berry in 2004 and now super heroine “Wonder Woman” will be a feature length film in the summer 2017 based on DC Comics character Diana Prince.

Humble beginnings. Fantomah was the first female crime fighter to be introduced into comic books during the 1940s as the mystery women of the jungle. Her passion was for justice for all those living in the jungle like the animals and the environment, using her powers like flying and morphing into a skull-faced monster to scare assailants (Scary!).

Women were often depicted in comics and in the media as being weak, just full of romance, giddy, sitting at desks, and being eye-candy for men. Fantomah was good looking, but also had some chops to deal with crime.

World War II changed this as women were hired on as mechanics, worked in factories, and held down the fort while the men were off to battle, so did our lady supers. In the 1960s, women superheroes became sexier with Sheena, Batwoman, Invisible Woman (The Fantastic Four ) and Wonder Woman. Yet, these ladies were able to take on powerful men, and not cry!

Total opposite of how the women were depicted over the decades. This was able to tap into a new market of women. The Bionic Woman came to television in the ‘70s, starring Lindsay Wagner, and Linda Carter’s Wonder Woman ran for four years from 1975-1979.

Wagner is not impressed with today’s female heroines.

“A lot of the modern day ideas of a female superhero are just yesterday's male hero in some tights, and maybe a push-up bra,” Comic Book Resources reported.

However, she’s happy that there’s been an increase of interest from Hollywood to have more female roles, but it’s not enough.

“It’s great that women are now allowed to be heroes. But I am also concerned when I see that a lot of the modern day ideas of a female superhero are just yesterday’s male hero in some tights,” she offered.

"The whole point of having a woman in a leadership position of any kind is to hopefully bring the feminine aspect of wisdom and intelligence to whatever they’re attempting to do. Hopefully we get used to technology so we don’t have to be mesmerized by it and get back to story. We talked a lot about that on Bionic, and we were constantly pushing ourselves. I’m hoping we start to grow now.”

Just like there needs to be more lead roles for women, more women in executive positions, and women business owners on Main Street—female superheroes are also scarce. Women are seen as the weaker sex, although we’ve made progress, there are more strides to take within society and our fictional characters.

Maybe we can put more clothes on them instead of them saving the world in bikinis,shorts, or tight leather?