Your family will want to watch a flick that will capture the holiday season and bring everyone together. Be sure to refresh your cinematic library with these goodies. 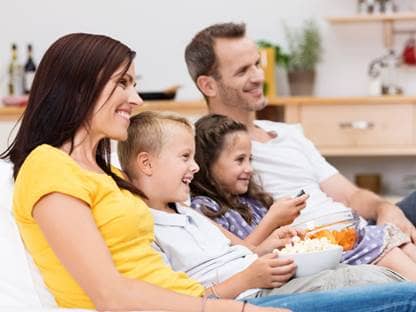 It’s that time again. Big dinners, delicious desserts and best of all quality time with loved ones. After you’ve gobbled down that turkey and pumpkin pie, you’ll want nothing more but to kick back and relax to a great movie. Your family will want to watch a flick that will capture the holiday season and bring everyone together. Be sure to refresh your cinematic library with these goodies.

Planes, Trains and Automobiles – The film stars Steve Martin as Neal Page, a high strung marketing executive, who meets Del Griffith, played by John Candy, an optimistic, outgoing, talkative and clumsy salesman who never plays by the rules. Their paths cross as they share a three day adventure trying to get Neal home to Chicago from New York City in time for Thanksgiving dinner with his family.

If you’re feeling something a little more kid friendly then you can never go wrong with the Peanuts gang.

A Charlie Brown Thanksgiving – Parents and Grandparents should introduce younger generations to the classics staring the Peanuts gang. When Peppermint Patty and her friends convince Charlie Brown into serving a traditional Thanksgiving dinner, it’s up to Woodstock and Snoopy to make the festivities a true success. Buttered toast and popcorn are on the menu and folding chairs around the table complete the occasion. As the Peanuts gang gathers around the Thanksgiving table, which is a ping-pong table, the true meaning of Thanksgiving is revealed.

Or maybe you want to revisit a classic that features stars galore.

Home for the Holidays – After losing her job, making out with her soon-to-be former boss and finding out that her daughter plans to spend Thanksgiving with her boyfriend, single mom Claudia Larson faces spending the holiday with her somewhat dysfunctional family. Holly Hunter plays the role of Claudia and after a major family blowout she is forced to face her family issues.

Maybe you’re not in a movie mood and you’d prefer to reminisce the days of Ross and Rachel.

If you’re feeling nostalgic and are in need of some Adam Sandler humor.

Funny People – When seasoned comedian George Simmons learns of his terminal, inoperable health condition, his desire to form a genuine friendship causes him to take a very green performed under his wing and make him into his opening act. The film stars comedic greats Adam Sandler, Seth Rogen, Lesli Mann and Eric Bana. There is a scene in the film where the friends celebrate Friendsgiving and touches on the true definition and meaning behind family.

Or perhaps you’re ready for Christmas and want to bring forth the season.

Miracle on 34th Street – Many people miss the fact that this story actually takes place between Thanksgiving Day and Christmas in the Big Apple. The movie focuses on the impact of a department store Santa Claus who claims to be the real man of the North Pole. After watching the film, you’ll appreciate the true joy and sense of gratitude that lies within Thanksgiving and it will get you into the Christmas spirit as well.

Remember it’s not about how much you have but the people that you get to celebrate your life with. Thanksgiving is a holiday that should bring things into perspective and allow us to count our blessings.