10 Movies That Feature Just One Kiss

Sometimes, one kiss is all it takes!

Just one kiss? In an entire movie? That seems a little radical, yet some truly well-loved flicks have been heavy on the build-up and light on the brush-up of lips. Many one-smooch movies have operated on the premise that true love’s kiss can break a curse. “Sleeping Beauty” invented the genre, and many Disney films have followed suit. “Snow White,” “The Little Mermaid,” “The Princess and the Frog” and even “Frozen” played around with this tried-and-true trope.

But it’s not only animated characters who linger long in getting to that all-important opening kiss; live-action films also have a history of slowly developing a love story through talking, smiling, winking and so on. “Because of Gracia” is one such film. It depicts the slow-cooked romance of Chase (Chris Massoglia) and Grácia (Moriah Peters), a relationship that builds from friendship to more than friendship, gently but surely. In fact, this storyline was a case of art imitating life: Peters herself shared her first kiss with her husband on their wedding day. Inspired by Gracia’s sweet couple, we’re listing nine more of our favorite one-kiss movies, with the criteria being that the main couple can only pucker up once. If you’re the kind of moviegoer who loves nothing more than to be wooed the old-fashioned way, snag a box of tissues and someone who won’t mind if you sigh a lot, to see who made our lovey-dovey list.

The title is misleading. Our girl Josie Geller (Drew Barrymore) wants to get her next smack right and only kiss “the person you're supposed to kiss for the rest of your life.” Josie goes undercover as a high school student to write a story for the newspaper she sort of works for. Hopefully, Mr. Coulson (Michael Vartan) knows on some level that Josie is not his actual student, because he starts to develop feelings for her. When she finally outs herself as a 25-year-old reporter, Josie dares Mr. Coulson to come to the championship game and kiss her in front of all his students.

In one of the greatest sports movies of all time, Coach Dale (Gene Hackman) cautions his ballers prior to the team’s first tournament game: “I’m sure going to state finals is beyond your wildest dreams, so let’s just keep it right there.” Yet when it comes to kissing Miss Fleener (Barbara Hershey), good ole Coach Dale throws caution to the wind once the opportune moment presents itself. Their kiss does come as a bit of a surprise, however, for two people who spend almost the entire movie interacting like snapping turtles.

He’s shaggy and depressed (not that we blame him), and she’s a dreamy bookworm. He’s trapped in a monster’s hulking body, and she’s confined in a provincial town that deems books to be “dangerous.” However, throw them together (or rather, have him make her stay with him in his castle) and the result is a fairy tale for the ages. The kiss between Beauty (Emma Watson) and the Beast (Dan Stevens) is worth the wait, but he already had us at “here’s a fantastic library, just for you.”

The man on the porch had it right when he lost patience with George Bailey (James Stewart) dilly dallying with Mary Hatch (Donna Reed): “Why don’t you kiss her instead of talking her to death?” Why indeed? Because the time was not yet right, even though George had offered to lasso that big, fat moon for Mary. When he finally did plant one on her, we are pretty sure moonbeams did shoot out of her fingers and toes—and his too.

Jake Ryan (Michael Shoeffling) was the ultimate ’80s teen movie crush: feathered hair, argyle sweater, a candy-apple red Porsche (because high school guys typically drive Porsches), and, somehow, a secret hankering for the awkward girl who hankered for him. When he swoops her off to his mansion after everyone forgets her birthday and provides a pretty cake glowing with candles? You know they are both going to sit on his dining room table, lean over the dangerous cake, and lock lips.

This smash-hit animated movie is “swamped” with romance! Big, green, crude Shrek falls for Princess Fiona, one of the fairy-tale creatures who is sent to live in his solitary slough. Unfortunately (or is it fortunately?) Fiona is cursed and turns into an ogress at night. The only way the curse can be broken is by true love's first kiss, which of course happens at her wedding—to someone else. Their “happily ever after,” wetland bog style, had millions of viewers seeing green.

“Chivalry makes a comeback” is the tagline for this 2014 faith-based film about modern courtship. Can a couple in our jaded world woo each other in old-fashioned fashion? Talking about the kiss would be a spoiler, so we won’t talk about it.

Nora Ephron’s fizzy, heartfelt movie still manages to be relevant almost 20 years later. There’s online dating, of course, and the state of bookstores today, but another reason film lovers keep returning to “You’ve Got Mail” is the insane chemistry between big-box bookseller Joe (Tom Hanks) and children’s bookstore owner Kathleen (Meg Ryan). In “real life,” they are business rivals, but their yearning, companionable emails pave the way for an epic kiss. You could even say it’s one for the books…

Which adaptation of Jane Austen’s “Pride and Prejudice” is better? Is it the 1995 BBC miniseries starring Colin Firth as Mr. Darcy, or the 2005 movie starring Matthew MacFadyan? We are definitely not getting in the middle of that, but suffice to say, Austen knew how to create sizzling sparks between her characters, with brushes of the hand and pining looks and eye twinkles that just feel like kisses. For the record, both adaptations feature one blockbuster buss.

Going back to the top of our list, “Because of Grácia” fills the bill and satisfies romantics by following the same formula, with Chase and Grácia leading up to their very special moment. Typically, kisses come a dime a dozen on the silver screen. But as the movies on the list above remind us, just one kiss in a story line doesn't signal less romance; it in fact enhances it. And as true romance fans the world over will tell you, sometimes that one kiss is simply worth the wait.

Lorilee Craker is the author of 14 books, including Anne of Green Gables, My Daughter, and Me the CBA and ECPA bestseller My Journey to Heaven, written with Marv Besteman, Money Secrets of the Amish. 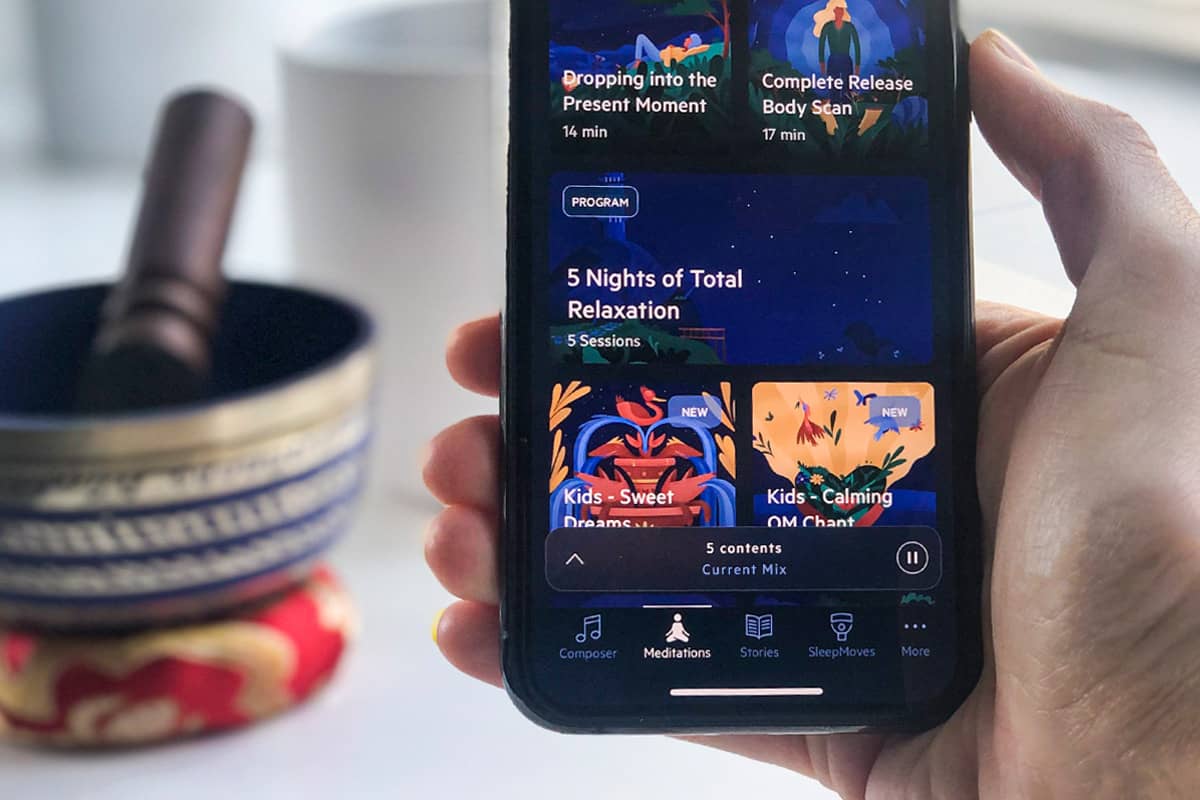 It's Time to Relax and Get a Good Night's Sleep

more from beliefnet and our partners
Add some inspiration to your inbox.
Sign up for Beliefnet's Entertainment & Celebrities newsletter.
From time to time you will also receive Special Offers from our partners
Lorilee Craker