Movie Mom Nell Minow selects 10 memorable movie dads who help us better understand our own fathers and inspire us to be better parents ourselves. 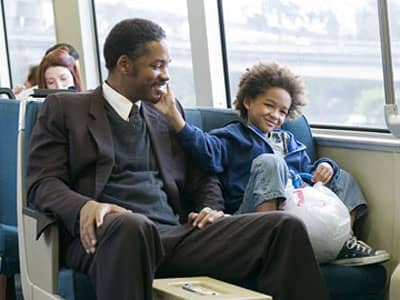 Fathers play such a powerful role in our lives that they have inspired many memorable movie portrayals of men who tenderly protect and guide their children.

Atticus Finch, 'To Kill a Mockingbird' 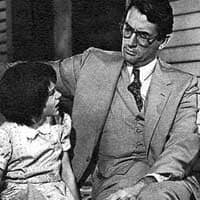 Atticus Finch, 'To Kill a Mockingbird'

Played by Gregory Peck, small-town lawyer Finch is not the kind of father to spend all afternoon playing catch or dress-up. He does not tell his children how wonderful they are or how much he loves them. His children, Scout and Jem, learn from other people about his integrity and ability. And then they see how far he will go to keep them safe. The last line of the movie says it all: "He turned out the light and went into Jem's room. He would be there all night and he would be there when Jem waked up in the morning." 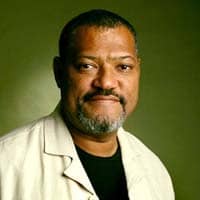 Laurence Fishburne plays Jason "Furious" Styles in a violent neighborhood in South Central Los Angeles where fathers are too often absent. But the aptly named "Furious" is a fierce defender of his son, protecting him but also teaching him to believe in himself. Styles explains, "Any fool...can make a baby, but only a real man can raise his children." The guidance, attention, and example Tre receives from his father are what keep him safe while those around him get caught up in a tragic cycle of drugs and violence. Fishburne's presence and dignity create an indelible portrayal of paternal vigilance. 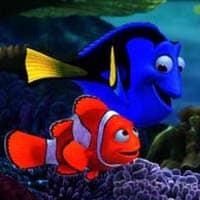 Voiced by Albert Brooks, a loving but over-protective little clownfish must search the entire ocean to find his lost son in this beloved Pixar classic. Nemo has a disability, which his father has taught him to call his "lucky fin." This shows us that at some level, even before he is aware of it himself, he wants to teach his son to be strong, confident, and independent. It is an epic journey filled with adventure and discovery encompassing the grandest sweep of oceanic vastness and the smallest longing of the heart. And it is a story that can be appreciated by audience members of all ages.

Stanley Banks, 'Father of the Bride' 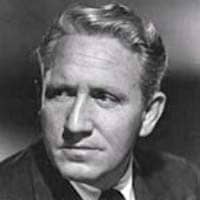 Stanley Banks, 'Father of the Bride'

Spencer Tracy plays Stanley Banks in the original "Father of the Bride." It can be difficult to raise a child, but it is more difficult to let her go. Banks is stunned when his beloved daughter Kay (Elizabeth Taylor) decides to get married and soon gets overwhelmed with the details and expense of the wedding. Watch Tracy's face when Kay explains why she has (thankfully temporarily) called off her engagement in this story of a loving father who gets caught up in pre-Bridezilla wedding drama (and trauma). It is a masterful performance as without a word his expression goes from deep concern and reassurance to making every possible effort not to laugh. See also the sequel, "Father's Little Dividend" and the remake with Steve Martin and Diane Keaton. 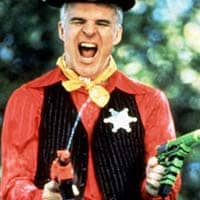 Steve Martin plays Gil, the manic, devoted father in "Parenthood." No film better shows the challenges, terrors, wrenching choices, and satisfactions of fatherhood than this extended family story inspired by the lives of the three men who made it and the 14 children in their lives. Gil struggles with his eight-year-old son Kevin's anxiety, his wife's unexpected pregnancy, a boss who wants Gil's job to be his top priority, and his unresolved issues with his own father (Jason Robards), who is unable to show affection and approval. Gil is everything his own father was not, spending hours tossing a baseball with Kevin, and taking over when the birthday party entertainer he promised Kevin does not show up. That night, just before bed, Kevin tells Gil that when he grows up he wants to work in Gil's office so they can still be together every day. 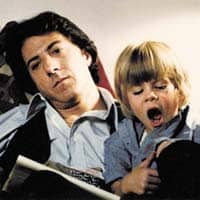 Dustin Hoffman plays Ted Kramer in this ground-breaking film. Ted Kramer is not even sure what class his child is in discovers what it means to be a father after his wife (Meryl Streep) leaves them. And then he discovers how much it matters to him when she returns and he has to fight for custody. Highlights of his Oscar-winning performance are the three different breakfast scenes at the beginning, middle, and end of the story. In the first one, a harried Ted has no idea of how to care for or communicate with his son. In the second, they sit in companionable silence, their routines a comfortable reminder of the familiarity of their life together. And in the third, when it seems they may be separated by the custody ruling, the connection between them is heartbreakingly tender.

In one of his few roles as a father, Cary Grant plays a man who only discovers how much he needs his children after the death of their mother. Tom is a lawyer whose business kept him away from home most of the time. His children, devastated by the loss of their mother, resent and mistrust him because they hardly know him. They all end up living in a leaky old houseboat, and he impetuously hires a beautiful Italian woman (Sophia Loren) as their housekeeper and nanny, not realizing that she has run away from her own father and knows no more about housekeeping than he does. It is funny and romantic and also surprisingly wise and touching. Watch for the scene when Tom explains to his oldest son how even when people die they are not really gone. 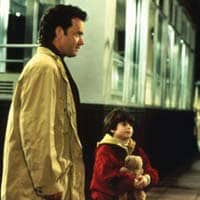 Though devastated by the loss of his wife, Sam, played by Tom Hanks, is committed to being a positive and caring father for his son Jonah. Hanks is particularly good at showing us how Sam's love for Jonah both sustains him and makes him miss his wife even more because every moment reminds him of how much he wishes she could share his pride or supply some guidance. Look for Hanks's expression as he arrives at the top of the Empire State Building in search of Jonah, who has flown to New York from Seattle in search of a woman he thinks might be right for his father. The combined relief and desperation as he asks himself more than Jonah whether they haven't been doing all right is something every father can understand.

Chris Gardner, 'The Pursuit of Happyness' 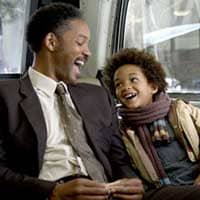 Chris Gardner, 'The Pursuit of Happyness'

Will Smith and his real-life son shine in this story about Chris Gardner, a devoted single father who went from homelessness to a career as a stockbroker. Deserted by his wife, Gardner has only two things going for him, his dedication to his son and his unquenchable determination to do whatever is necessary to make the best possible life for the two of them. Smith, an enormously charismatic performer and a superb actor, is outstanding here, and the natural chemistry he has with his son translates beautifully to the screen. 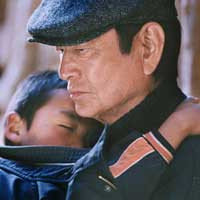 Ken Takakura plays a Japanese father who shows his love for his estranged son by completing the son's final project, a filmed version of a Chinese opera, even though he knows nothing about filming, China, or opera. We never find out why Gou-ichi's dying son refuses even to see his father. Gou-ichi himself may not know. But he finds out that his son had promised to return to China to make a movie about an opera called "Riding Alone for Thousands of Miles." Gou-ichi's encounters with an inept interpreter, the opera star (who must be released from prison so that he can perform), and a little boy from a remote village help to further illuminate the many facets of fatherhood.

How did we get here? Read next feature >