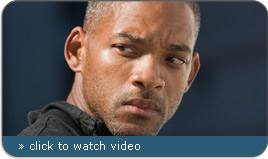 For the second year in a row, our community has given Will Smith the People's Award for Best Spiritual Performance. And he won for two very different movies: "I Am Legend" this year and "The Pursuit of Happyness" last year. Both years, however, our panelists gave the Judges' Award to someone else, this year citing Emile Hirsch.

It's a difficult thing, writing a supportive piece advancing Will Smith as "Best Spiritual Performance" for a movie in which his character, Robert Neville, proclaims there is no God. But there was so much in his performance that was deeply spiritual, more so than a lot of what passes for religious proclamation and practice these days. I think any spiritually minded person can and will be drawn to their own deeper reflections based on Smith's portrayal of Neville's journey.

Smith commands the screen alone for most of this movie, a rite of passage for great actors (think Tom Hanks in "Castaway," Charlton Heston in "Omega Man," etc.). Over the course of the film, Neville experiences and embodies the kind of human emotions that are all too overlooked so often in our lives. Smith's portrayal of loneliness, pain, loss, searching, and authentic cries of the heart reminded me of the Psalms of King David, recorded in scripture. There's a lot of irreligious sounding phrases in the Psalms, which are spiritual not just because of their religious value but because of their authenticity.

Smith brings such an authentic reality to Neville's human journey, as well as being just likeable enough to be empathized with. Even his dog won't listen to him! Most of us need a dramatic event in our lives to move to the most honest and deep reflection about our lives and the meaning of life. Smith's portrayal has sent spiritually minded audience members out to reflect on their own ideas about God, the meaning of life and the consequences of all of our actions. That's much more than what often happens as the result of the morning hymn and sermon or the televangelist's pitch. To move past the screen and provoke us to deepen our own spiritual search is a gift that Smith brings to this unlikely but important role.
--Doug Howe

This movie was a wonderful surprise; it is creepy and eerie, and it kept me in a suspenseful state, always wondering what was around the next corner. The post-apocalyptic New York City inhabited by Robert Neville (Will Smith) was artfully unveiled in a smorgasbord of mesmerizing sets and shots, allowing us to gradually discover its rules while visually advancing the narrative. I found it smart and concise and any time a film respects its audience, I will sing its praises.

I also have great respect for Will Smith for single-handedly (in the two-legged category, that is) carrying this film. He's perfectly cast in this role and he delivers a wonderful and well-rounded performance.

I have to swing against his nomination for Best Spiritual Performance, however, not because of his acting chops, but because of the way the character was written. The role of Robert Neville involves less a spiritual journey of self-discovery and more one of total survival, which is based in pure instinct.

Neville is looking for a cure to keep him from giving up all hope, not out of some altruistic notion of saving the human race. After all, he doesn't even think anyone else is alive. "They're all dead," he tells Anna when she tries to convince him of the survivors colony in Vermont, the new Promised Land of milk and... maple syrup?

His character's only true spiritual revelation, that of sacrificing himself for the good of a future humanity, happens in the last few minutes of the movie as rabid progerian zombies throw themselves against his quickly-cracking underground lab door. The arc of his character is, to me, as spiritually redemptive as the Marquis de Sade writing a children's book on his deathbed.

Many thanks for the vaccine and saving humankind, Will, but survival is instinct, spirituality is choice, and, unfortunately, you have one more sacrifice to make, in my mind--this award.
--Todd Havens