Beliefnet
The summer film season is nearly upon us, with a smorgasbord of big-budget attractions vying for the family film dollar. But before the buffet officially opens, let me point out three viewing experiences you won’t want to miss amongst all the shouting.

Reviews In This Article
'Spider-Man 3'
'What if God Were the Sun?'
'Friends and Heroes'

In some ways, “Spider-Man 3” opens the summer blockbuster season, and it’s a worthy contender. Reviews seem to be split between those who like their action films action-packed and therefore think the characterizations and exploration of values in the film slows it down, and those who think those elements only add to the excitement. But should you take the kids? How about the grandparents?

Go ahead. When it comes to action movies, my 9-year-old daughter has only three requirements: no dead animals, no threatened children, and very few “pop-outs”--i.e., things that jump out at you from nowhere. (Over the two years I’ve written this column, I’ve discovered she represents a fairly large slice of the female viewing public.) “Spider-Man 3” demonstrates you can make a popcorn film without resorting to any of the above. It is an action film that is fun and good-hearted, which for me is the perfect mix.

The film is a tad long, but it uses the extra time to explore the motivations of the central characters, both good and bad. It even gives several of the characters time to make bad decisions about who they are, and then change both their minds and their affiliations. At one point, about three-fourths of the way through the film, I wondered if the attention of the smaller kids was waning as Peter Parker danced through a jazz club as his darker self, but a look around showed every set of eyes on the theater raptly focused on the screen.

The film honors religion, it’s true, but it also honors family relationships and longtime friendship as well. The older folks in the film, far from being the butt of comic jokes, are three dimensional characters who share the wisdom they’ve gained through the years. The parents try their best and have good relationships with their children, from Peter’s surrogate mom to the building manager and his daughter, to one of the villains. You could say that even Harry struggles with how to honor his dead goblin of a dad.

The special effects are fantastic--it’s a heady high to fly through the skyscrapers of New York. The monstrous villains are so realistic, it’s like we’ve gotten used to seamless special effects that put those of yesteryear to shame.

So thumbs up on Spidey 3 for children eight and up--younger, if you know your kids, and they like superheroes. A thumbs up too, for the grandparents. S3 has the best use of grandparental wisdom since Spy Kids 3 (and that one was much harder to wade through for the payoff!) There’s nothing here to haunt your dreams--unless you’re older and the idea of the uselessness of revenge, with its extreme presence in today’s world, makes you afraid. As well it should.

What if God Were the Sun? 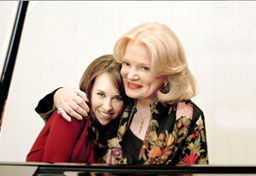 From time to time, I like to highlight outstanding television movies, and “What if God Were the Sun?” deserves to be called to your attention. It features powerhouse acting performances by Gena Rowlands (“Hope Floats,” “Unhook the Stars”) and Lacey Chabert (“Party of Five,” “Mean Girls”). It explores end-of-life issues, not in a maudlin or didactically legal way, but in human terms. It’s a movie that should be viewed by the mid and older generations of the family, and will undoubtedly provoke loving discussion.

The story follows a driven ER nurse (Chabert, who is so tiny at 24 that at first it seems she’s playing dress-up, but she more than fills the part). After her father’s untimely death, she falls apart because there were so many issues left hanging between them. She’s reassigned to long-term care, kicking and screaming, but it’s there she meets and befriends a terminally-ill woman (Rowlands) who plans to fully live the time she has left.

The film follows the two women as they interact with the people in their lives, and the nurse learns to forgive herself, her dead father, and her long-absent mother, while the family of Rowlands’ character gets the opportunity to tie up these loose ends while their mother is still alive. It’s a powerful story about understanding and forgiveness, about family relationships, and about trying to see things from others’ perspectives. It does also touch on end-of-life issues, as Rowland’s character has a daughter who is determined to keep her mother alive as long as possible and to continually resuscitate her against her mother’s wishes.

The film based is on the novel by John Edward. Going into it, I was afraid a medium was going to show up with helpful messages from the other side, but the movie stays focused on the people involved. It does come down, without question, on the side that there is life after death and that the departed can give those still living signs that they’re all right. It doesn’t promote a specific faith but honors the beliefs of both its Christian and Jewish characters.

“What if God Were the Sun?” debuts on May 14, the day after Mother’s Day on Lifetime, and will be shown throughout the month of May. It will certainly turn up on DVD thereafter. Watch it--and discuss it--with someone you love.

There’s also a new series from Gary Kurtz, one of the producers of the original “Star Wars” movies, that tells Bible stories and is aimed at ages 6 to 10. The first thirteen episodes tell the story of Macky and Portia, two tweens living in Alexandria, Egypt, in 69 A.D. and dealing with the daily travails that come with being a marginalized Jew/Christian living in the Roman Empire. Each 25-minute episode tells of some hardship faced by the children, who are stirred to correct sentiments by a three-and-a-half minute retelling (in 3D, sort of) of one story from the Hebrew Scriptures and one from the Christian Scriptures.

The episodes are fine; they held the interest of the young children I tried them out on, but they’re not one of those inspired retellings that suddenly make children and adults alike see the old stories in a new light.

One of the main challenges in making Bible stories seem relevant to children is that they’re “robe stories”--the characters all wear funny clothes and seem distinctly from a faraway time. So why you would insert robe stories inside toga stories to make them seem relevant passed me by. Also, I never understood how the telling of the particular Bible story related to the kids’ dilemmas. (And a three minute retelling of Samson and Delilah for youngsters certainly raises more questions than it answers!)

However, all that said, Bible stories are told, Macky and Portia are enjoyable, and the teacher materials that come with the series are well done and creative. “Friends and Heroes” would certainly work as the centerpiece for a VBS or to have on hand for those Sundays when the Sunday School teacher is out sick. “Friends and Heroes” is currently being shown on TBN, and is available for purchase in Christian bookstores for either home or Bible School use. Click here for more information.