Steve Oedekerk, director of 'Barnyard' and 'Bruce Almighty,' answers that and other questions from my 11-year-old son.

Steve Oedekerk is Hollywood's go-to guy for funny. Whether it's writing family fare with heart, like "Bruce Almighty," turning successful kid shows like "Jimmy Neutron" into wacky feature films, or writing top-grossing comedies for Jim Carrey and Eddy Murphy, he's the guy with the protruding funny bone. But Steve is best known among fans for his own projects, such as the crazy martial arts take-off "Kung Pow: Enter the Fist" and the bestselling "Thumbnation" series of movies spoofs, which includes "Star Thumbs" and "Thumbtanic," told entirely with thumbs.

With Oedekerk new major studio release, "Barnyard," in theaters, I turned for help to my 11-year-old son, Jonathan Scott, who has a masters in Oedekerkology--or at least owns the essential Odekerk oeuvre--to interview the man himself. Jonathan: How did you come up with the idea for "Bruce Almighty"?

Steve Oedekerk: Bruce Almighty was already scripted, it already existed, but it was a different story about different characters, and the way the story was told was a little bit different. So the director, Tom Shadyack, came to me and said, "You know, I really like this idea, but I want to do it with Jim [Carrey] and make it more of a film for families." I had to sort of figure out what the whole story was. That was me playing around with the concept of, What if God showed up and suddenly told you you had all his powers, what would your life be like? I just started kicking those ideas around and started thinking, what would be the most fun story for people?

Do you think God really looks like Morgan Freeman?

If you were God for a day, what would you do?

Well, gee, that's a tricky one. The very first thing I would probably do would be try to help people. There's a lot of people who need help, and I'm sure God's doing a better job of that than I would do.

What different issues do you explore in "Evan Almighty," the sequel set for release next summer?

It's always tricky when you're going to do a sequel to a movie that everybody really liked that you did, because you're competing with yourself in a way. So we wanted to make sure that it was its own movie and not too much like "Bruce Almighty." I can't tell you too much because we're not supposed to talk about it yet, but I will let you know that the story revolves around something from the Bible, and a character who had a really big boat.

Do you think that humor is important in the world today?

Yeah, I think it really is. Some of the things that I'll do have stories to them, and a very nice message and are funny. Other things I'll do, like the Thumbs, are really just funny. They're not serving any other purpose other than for people to just sit down and laugh. Sometimes that's exactly what people need at the end of a hard day, or they've been having a tricky time, and it's kind of nice to just sit down and laugh and have a nice relaxing time for an hour, hour and a half or so.

Did your parents know that you had crazy humor?

Did your humor ever get you in trouble at school?

Unfortunately, yes. I was never a bad kid, and I never had any negative intent, but I disrupted the classroom a lot by cracking jokes. So I did get in trouble here or there. I probably had too much energy for my shoes, too. Back then they didn't have labels like ADD. It was just "be quiet, or you're going to get in trouble!"

At what age were you adopted?

Yes. Otis, who's the main character, played by Kevin James, he's been adopted by Ben, his dad. They have a very normal father and son relationship. Otis just wants to goof around and Ben wants him to learn to be responsible so he'll have a really good life. The element of adoption, where that really comes into play, is just that they're so close and they really are father and son, but Otis was adopted. I think it points out that a family is made up of people who love each other and care about each other really more than anything else.

Was the cow that you fought in "Kung Pow" an inspiration for Otis in "Barnyard"? I think it was more of a coincidence. But because I did that, everybody thinks I have a big cow thing now and they keep giving me cow gifts. So everywhere I go, people will give me these little cows. So now I have cows everywhere around my office and my house, and now everybody really, really thinks I have a cow thing. So I'm just going to accept it and be like the Cow Guy.

But the "Kung Pow" idea came from, I was driving up to Santa Barbara, and I was at a red light and there was a cow in a field looking at me, and I sort of pictured in my head that he stood up and attacked me and ran after me on two legs. Then, when I was doing "Kung Pow," I thought, ooh, I'll make that a scene.

Do you do any of the voices in "Barnyard"?

Yes, I do the snotty boy, that boy that says, "That's called cow-tipping, ha-ha-ha!" And also that old-looking farmer who says, "This is a cow farm!" Those two, and I do a few other ones also, but those are the main two.

Is there anything you hope kids will take with them when leaving your movies?

"Barnyard" is really made so everybody can have a really good time, and laugh and have fun. There's a bit of a message in there too, that I think makes kids realize that their parents want the best for them.

How old are your kids?

They're 11 and seven, both girls. They're really fun. My little one's crazy. The seven year old. She's like me when I was a kid.

Do you have any animals?

What we have right now is a turtle. And we've had my turtle since I was probably six or seven years old. I don't even know how old he is. He's a desert turtle. His name's George. We still have him. He was given to us when I was a kid and he was the same size. So he could be, I don't know--way older than me.

How did you get the idea to make a blend of old martial arts films with new footage in "Kung Pow"?

I used to watch a lot of those old Kung Fu movies and Hong Kong karate films when I was a kid, probably about your age. It just sort of stuck with me. I thought it would be really fun to be in one of them. At first, I was just thinking of making a movie that was like those, and then I got the idea that it would be even more fun to be in the old films. So I started looking for all these old movies to find one that I could use and would work well to not only put myself in that footage, but to rebuild the sets and rebuild the terrains that were in the film and shoot new material and mesh it all together. It was really fun.

What inspired you to make all the thumb movies?

This one is also kind of crazy, but I looked at my thumb one day and I thought, Wow, that would be really cool if it was like a real creature that seemed real and I built all these miniature sets around it and just created a little world of thumbs. And those were really fun to make. And now we're planning on some other thumb projects coming up here that I'm excited about. Those are really fun to do because they're so crazy and they're fun little characters.

One of my favorite ones is "WTW: World Thumb Wrestling." Right now we're working on all the characters. We may start on comic books, and as a graphic novel and have it drawn, and then we'll turn it into a full film. 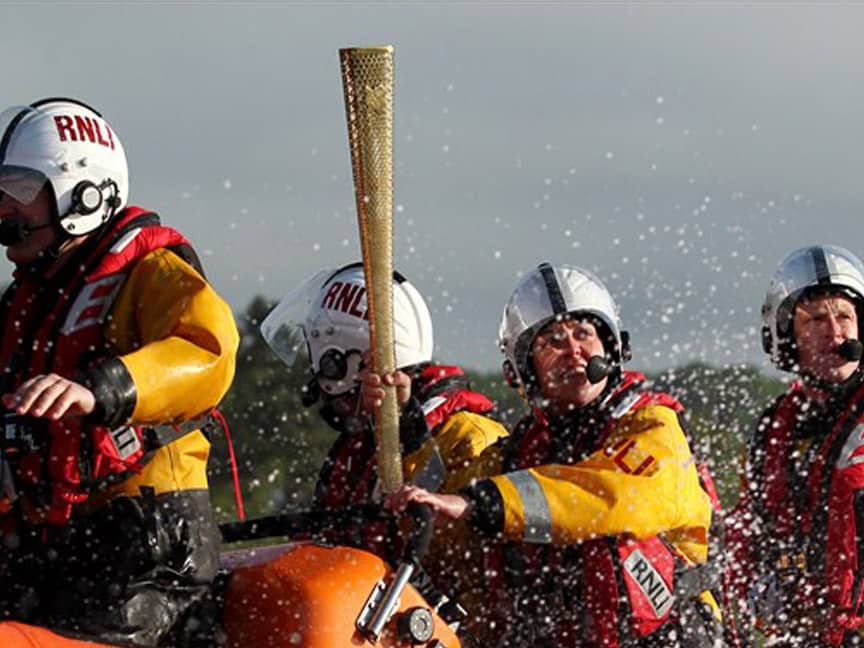