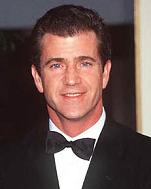 When it came to the nominees for the Lifetime Achievement Award, both the Beliefnet community and the panel of judges had very firm opinions--though they strongly disagreed with each other. The community voted by a wide margin to give the People's Award to Mel Gibson, the man behind "The Passion of the Christ," while the panel voted just as strongly to give the Judge's Award to Steven Spielberg, whose body of work includes "Schidler's List" and "Saving Private Ryan."

Interestingly, however, the community and the panelists agreed on one thing: Morgan Freeman came in second in both tallies.  Below, you will find our judge's profile of Mel Gibson. Click here for Spielberg's.

The Passion of Mel Gibson

Mel Gibson deserves a Lifetime Achievement Award for one simple reason: "The Passion of the Christ."

Enough said. But since that may not be convincing to everyone, I will elaborate.
Gibson's lifetime of work will someday be called epic and groundbreaking. These titles usually aren't used for action stars, but Mel Gibson has always brought a human quality—a sense of purity of heart in the midst of impurity of actions—to his roles. From his early work as "The Road Warrior" to his most famous and enduring role as Martin Riggs in the four "Lethal Weapon" movies, he has represented the kind of hero that people actually believe they can aspire to be, a human connection that jumps through the screen and makes great actors as beloved as they are respected.
In order to make the "Passion of the Christ," Gibson had to leverage a career's worth of key roles and behind-the-scenes effort—and risk the most valuable of all assets, a star's brand in the industry. That makes him deserving of a Lifetime Achievement award not only for the film's quality and reach, but for the courage it took to make "The Passion." How many significant Hollywood stars set out to make the kind of art that impacts peoples' lives and changes the world? How many who do aspire to this actually get around to doing it? Only rarely do superstars achieve that level--and Mel Gibson has done that.
But there's more than courage at work here. "The Passion of the Christ" is a movie that will be watched 50 years from now, just as "The Ten Commandments" is still on network TV every year on Easter or Palm Sunday.
It's interesting that "The Passion of the Christ" tells the story of the end of Jesus' mission, the final hours in the earthly ministry of The One who came from heaven, lived among us for awhile, died on the cross for our sins, and rose from the dead to prove it was all true. In a way, Mel Gibson's screen career can be summarized in a similar way (though I'm sure he'd be embarrassed by the comparison): He jumped through the screen and lived "among us" via his acting roles, and then offered to sacrifice all that he had for the sake of his mission. Of course, he made a ton of money on it, too, and here's hoping there are resurrections of his courageous filmmaking achievements for years and years to come.
--By Doug Howe