Crossing Over With Tom Shadyac

The director of 'Dragonfly' talks about children's spirituality, intuition, and what's real about near-death experiences.

Beliefnet
Tom Shadyac, the director of Ace Ventura: Pet Detective, The Nutty Professor, and Patch Adams, spoke with Beliefnet recently about his new film, Dragonfly. The movie, which stars Kevin Costner as a man receiving messages from his dead wife, focuses on the near-death experiences of young children and the hero's journey towards understanding his "unfinished business."

Dragonfly, with its overtly supernatural elements, is something of a departure for you. What was it like to work on a film with spiritual overtones?

We've all heard about people who have seen tunnels, white light, and relatives during near-death experiences (NDEs). But we don't hear so much about flatlined people who relay messages from dead people they didn't know, which is an important aspect of Dragonfly. Was that aspect of the film based on any real-life experiences you or the scriptwriters had heard of?

I think the scriptwriters based it on the reality of contact with the other side, the light, the creative force. There's a reason, which is what the journey of the movie is about, why the message is so important. It's unfinished business. I've read books--Embraced by the Light and other NDE books-and while the people that I can recall weren't necessarily given messages, they were given charges: Your work is not done. There's something more for you to do. You're not finished.

Our movie is just more urgent. There's an urgency to the message because it's a vitally important message for this man's life.

You'd read Embraced by the Light even before working on this movie. So would you say it's a personal interest?

Oh yeah, I've read many NDE books. So many religious tomes and spiritual books. You'd be very surprised by the books on this Hollywood director's shelf.

Can you name a few?

I'm a freak for this stuff. I've been reading Thomas Merton--I have all 50 of his books. What I tend to do is get a great book and read it seven times. I think Merton himself said there's two schools--you can read everything, or you can find a dozen amazing books and incorporate them into your life. I've read a lot of Merton, I've been to Gethsemane, done silent retreats.

I read a cross-section of things. I believe in unity, as opposed to division. So I'll read something like Thomas a Kempis, the Imitation of Christ, and go ahead and read Rumi, to give me the Sufi tradition. I love the Tao Te Ching, the Stephen Mitchell edition. There's a lot of beauty in these traditions. Right now I'm reading the book Pathway of Roses by Christian Larson. I'm into Rilke--his poetry is so spiritual.

What common threads in these spiritual authors speak to you personally? What do you find yourself remembering?

They all go within, where you have to remove yourself from the distractions of the world and find yourself within. It's very much what the movie is about. Joe has a lot of voices in his life, telling him no you can't, you're crazy, you're wrong. But there's this intuition, that voice inside saying there's something to this. And that's what faith is. That's what I find in all the great religions--quiet down, be still and know that I am God. Go into that quiet place, Jesus said, and shut the door. And listen for me there. And then bring that out into the world. Because the world presents us with a whole different agenda: are you successful, is your car fast enough, do you have the right things. All great spiritual traditions say, "That's the illusion."

In the movie's production notes, you mention that you were present when your mother died, and that it was an "amazing" experience. Would you be willing to expand on this?

It was an amazing experience. It changed me. It changed everybody in that room. Death no longer became the enemy. Because she definitely crossed over--the whole family was there, we all saw her--and she crossed over, came back, saw things, came back, had such a peace about her, was not there when she died. You could just tell that she's gone somewhere else. This energy that was her--this physical body is here, but this spirit is not. It's a hard thing to talk about, these spiritual events., but you know they're real when you experience them. It was very real.

Thanks for sharing that. There are Catholic elements in the film--the priest who makes hospital visits, the nun who researches children's NDEs, a scene in a church. Is there Catholicism in your background?

There is. I was raised Catholic. While I go to many, many churches, I'm currently going to a great, open-spirited Catholic church. It's almost an oxymoron-an "open" Catholic church--but it's very open in spirit. Gospel music, a good cross-section of cultures, haves, have-nots, African-Americans, Latinos, a really cool place.

This would be Vatican 9. This is way down the road.

So the movie has Catholic elements, the dragonfly symbolism, a female shaman in Venezuela, a bird sensing the presence of a deceased person, and more. Were there any concerns that you were trying to combine too many spiritual trends?

I think there has to be a grain of truth and reality in whatever you portray. I think we've all heard stories-even in ancient myths-where birds were used as messengers of spirit, And that basis in truth or myth makes sense. I have a story about a friend of mine who was woken up at 3 in the morning. His wife said, "Honey, you gotta get up, there's something strange--a bird is tapping on our bedroom window and it won't stop." And sure enough, he got up and there's this bird going tap tap tap. Never happened before. And the phone rang one minute later, and his father had passed away. There are stories like that. In Patch Adams, there was a part based on a true story where, after a friend who loved butterflies had died, Patch had an encounter with a butterfly.

So I think that God's spirit can use any and all of those things. The signs are everywhere for us. There's a saying I love--"Coincidence is God's way of remaining anonymous."

You mention that you visited a children's hospital and patterned some of Dragonfly's scenes on what you saw there. Do you think children are more in touch with their spiritual side?

Instinctively. You've heard that story of the 3- or 4-year-old girl whose parents bring home a new baby. She sneaks into the baby's room and leans over the crib, whispering "Tell me about God, 'cause I'm forgetting."

I don't know if it was a Gnostic myth or a Gnostic belief--they believe we came with a full package, and then a veil is placed over us, slowly, as the world takes over our innocence and our perspective. And we forget. And that's what the journey of life is: to remember home. But kids, who are so fresh from home--that's why kids don't question NDEs. Children, no matter what culture, what religion, all talk about the same thing and in the same way. An adult will say "I know this will sound weird," but a child will just say "I saw a light." They don't judge it.

More and more people are trying to reconcile science and religion. In past movies, there's usually a "logical" scientist who pooh-poohs supernatural stuff, and the dreamer or mystic who scoffs at the scientist. Do you think Hollywood will begin to move beyond that and integrate the two aspects--much as you have, to an extent, in the Dragonfly character Joe Darrow?

I think they help each other. And when something in a scientific or religious field is unexplainable to the other, it doesn't exclude, it's just that we don't understand it. We have to begin to live questions in both fields. We don't have all the answers. 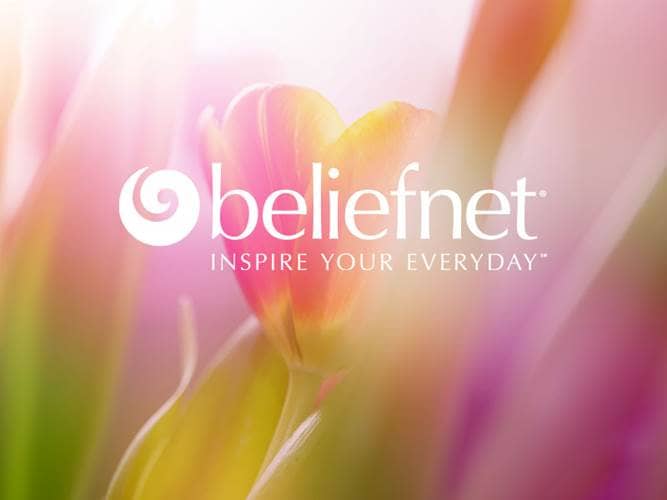 The Most Spiritually Important Entertainer of Our Time