Montell Jordan talks about his new Christian album and why he left the R&B industry. 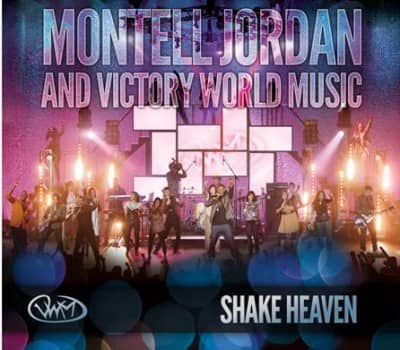 Montell Jordan is best known for his success in the R&B industry. However, Jordan has decided to spread his Christian faith and inspire others through his ministry. “I knew from my childhood that I was called to be in a ministry,” Jordan said.

“I spent a lifetime of trying to do things my way and achieve successes in my world,” Jordan said. It wasn’t until two years ago when Jordan and his wife heard separate callings from God that he knew he needed to try things God’s way for a change. Jordan built his ministry and hasn’t looked back.

Jordan is happier than he’s ever been and believes that God’s path is pointing him in the right direction. “I have more influence now than I’ve ever had in my life. I’ve exchanged success for significance,” Jordan said.

As the worship pastor at Victory World Church in Norcross, Georgia Jordan established Victory World Music to the industry. Jordan’s first album is entitled “Shake Heaven.” The first single, also the title of the album, Shake Heaven is an amazing song that is climbing the American Christian charts. Shake Heaven was recorded prior to Jordan deciding to retire from R&B. It was just one of many signs that God placed in Jordan’s life to reiterate his calling.

Jordan’s album spreads the word of Christianity to listeners while keeping a modern upbeat approach to the music. It’s evident that Jordan is the true definition of a musician. He creates the music from the note to verse and then brings voice to the written word by evoking spirit within the song and the souls of his listeners.

“I am inspired by the things that God has put around me. My wife is my muse and inspires me. She is the closest expression to heaven that I have on Earth,” Jordan said. Working within the ministry has allowed Jordan to spend more time with his family. Instead of traveling from city-to-city to do tours, Jordan is able to have quality time with his loved ones while standing on a platform and worshipping the creator of the Universe.

Jordan was meant to create music and share it with the world. He’s talented in so many ways and has definitely made long-lasting impressions that have forever changed the music industry as a whole. No one will ever forget his R&B hits like “This Is How You Do It” because Montell Jordan is continuing to show everyone the right way to do it.