Mike Greenberg's New Book IS All You Could Ask For

Mike Greenberg, from the popular ESPN radio program Mike & Mike, debuts his first novel and proves that he is a writer at heart. 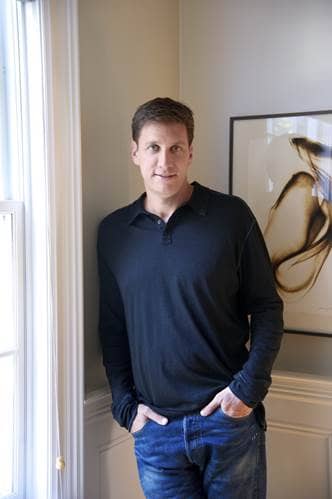 He’s known in the sports world as Greeny, the radio analyst on ESPN’s popular “Mike and Mike” sports program. And now Mike Greenberg is embarking on the fiction realm, with his first novel All You Could Ask For. The book is about the friendship between three women who are going through different stages in their life. Surprisingly Greenberg, coined as a manly man, does a remarkable job telling the stories of these amazing women. “Give it a chance at its own merit. Everyone started out somewhere,” Greenberg said.

In 2009, Greenberg and his wife Stacy lost Heidi Armitage, one of their close friends, to a battle against breast cancer. “It was a complete disaster and went by very quickly,” Greenberg said. Greenberg’s wife and her friends rallied around Heidi and became a ban of angels against a tragedy that was embodying their friend. “The significance and importance of that was inspirational and motivational. I felt that I had to do something to recognize that,” Greenberg said.

The words lift off the pages and seem to become a reality. “At the end of the day we are all just people. What they express are just human feelings and helping people come through adversity. I think that’s universal and not male or female,” Greenberg said.

Greenberg coins John Irving as one of the most prolific authors in history. After reading Irving’s book, The World According to Garp, Greenberg knew he wanted to be a writer. Greenberg loves the satisfaction that he gets from writing because it is very rewarding to write a piece that evokes emotions and appreciation from others. Even though this is his first novel, Greenberg is no stranger to the writing realm. In 2006 he wrote Why My Wife Thinks I’m an Idiot: the Life and Times of a Sportscaster Dad and in 2010 Greenberg and his co-host Mike Golic wrote Mike and Mike’s Rules for Sports and Life. Both books were New York Times bestsellers.

But maybe it’s a blog post that Greenberg wrote that could convince skeptics and further pull the heartstrings of any human being, it’s entitled ‘She is Always Certain I’m Going to Lose.’ The piece is about Greenberg’s daughter and how she knows her dad isn’t very good in performing athletic endeavors; however he refers back to the first time his daughter squeezed his finger and coins that as the first hug she ever gave him. Greenberg’s talents are showcased as a man stripped of sports and author titles – Greenberg is able to display a man that everyone can relate to; moreover he reveals to readers that he’s able to write anything and drive emotions.

“There’s nothing more than the feeling of satisfaction because of the written word,” Greenberg said. All You Could Ask For really is all you can ask for – a great inspirational story about human beings coming together and staying strong.