Fans and pundits can debate relentlessly about the validity of baseball as America’s pastime. But few will argue against the World Series as one of the most iconic annual sports events.

Fans and pundits can debate relentlessly about the validity of baseball as America’s pastime. But few will argue against the World Series as one of the most iconic annual sports events. Since 1903, champions from the National League and the American League have come together for the Fall Classic and a shot at Major League glory. While it may seem virtually impossible to mention all of the great players and teams to play in the best-of-seven contest, we’ve put together a list of some of the most inspiring World Series moments:

By 1932, Hall of Fame great Babe Ruth was nearing the end of a historic, if not transcendent career. He had won six championships (three each with Boston and New York) and had nothing left to prove. But during the World Series that season between the Yankees and the Cubs, Ruth sealed his legendary status with a mysterious gesture and a game-changing swing of the bat. With the Yankees up 2-0 in the series and game three tied 4-4 in the top of the fifth, Ruth took his place at the plate. Already miffed at the Chicago fans’ sour treatment (some had thrown lemons at him from the stands) and the verbal abuse from Cubs players, the hulking lefty worked the count to two balls and one strike. Having already hit a three-run homer in the first inning, Ruth pointed towards centerfield and then drove the next pitch from Guy Bush an estimated 500 feet in the same direction. No one knows for sure if Ruth was actually calling his shot, but the home run instantly went down as one of the most exciting moments in World Series history. The Yankees won the game and went on to sweep the Cubs 4-0.

On April 16, 1947, Jackie Robinson became the first modern era black athlete to play in the major leagues. Later that season, on August 26, Dan Bankhead (also playing with the Brooklyn Dodgers) became the first black pitcher to play in a major league game and the first black player to hit a home run in his first at-bat. But Robinson and Bankhead would make history together on September 30, 1947, when both became the first black players to compete in the World Series. It was a star-studded matchup that saw the Dodgers face the New York Yankees and future Hall of Famers such as Yogi Berra, Joe DiMaggio and Phil Rizzuto. In the end, the Yankees won the series 4-3, but the powerful social significance of Robinson and Bankhead’s presence would be felt for years to come.

Not many changed the game of baseball like Hall of Fame centerfielder Willie Mays. He had a rare combination of power and speed that a select few since him have possessed. Mays also had incredible longevity and his career spanned 22 years. But it was one play in his only World Series appearance that people still talk about today. Game one was tied in the eighth inning when Vic Wertz came to the plate for the Indians. With two runners on base, Wertz drove the ball into deep centerfield and seemingly over Mays’ head. Mays somehow tracked the ball down and made a spectacular over-the-shoulder catch. The Giants would win the game in 10 innings and go on to sweep the series. In the process, Mays produced one of Major League Baseball’s earliest “Web Gems” long before ESPN’s “Baseball Tonight” made the concept a household phrase 46 years later.

When the Yankees faced off against their cross-town rivals from Brooklyn in the 1956 World Series, it was a rematch from the previous season. As usual, both teams boasted some of the game’s biggest names. Mickey Mantle, Billy Martin, Yogi Berra, Whitey Ford, Jackie Robinson and Duke Snider were among the future legends to take the field. But on October 8, it was the Yankees’ fifth starting pitcher Don Larsen who commanded the most respect. For nine innings, Larsen did the near impossible. He didn’t allow a base hit or give up a walk. His teammates were equally impressive and played an error-free game. In fact, Mantle helped preserve the perfect game when he chased down and snagged a tricky Gil Hodges line drive. Thanks to Larsen’s effort, New York took a 3-2 lead and eventually won the title in seven games. Larsen was named series MVP for his history-making performance.

Pirates Hall of Fame second baseman Bill Mazeroski was best known for his remarkable fielding prowess, but it was one at-bat that sealed his place in Fall Classic lore. In game seven of the 1960 World Series, New York tied the game 9-9 with two runs in the top of the ninth inning. Yankees pitcher Ralph Terry took the mound and faced Mazeroski who led off for Pittsburgh. With a count of one ball and no strikes, Mazeroski drove the ball deep into left field and over the wall.Thanks to Mazeroski, it was a stunning victory for the underdog Pirates. To this day, no other player has hit a game-winning home run in the seventh game of a World Series.

Heading into the 1988 World Series, Dodgers outfielder Kirk Gibson knew a little something about postseason heroics. Four years earlier, he hit two home runs in game five of the 1984 championship run for the Detroit Tigers. But this time, the circumstances were quite different. Gibson had suffered injuries to both legs during the National League Championship Series and was fighting a stomach virus. With a 4-3 lead heading into the bottom of the ninth inning, the A’s sent dominant closer Dennis Eckersley to the mound. After two quick outs, Eckersley walked Mike Davis. The crowd was stunned when Gibson (who had previously been taking therapy in the clubhouse) emerged from the dugout. Eckersley quickly got the upper hand with two strikes. But Gibson was patient and worked the count to 2-2. On the sixth pitch, Gibson connected on Eckersley’s backdoor slider that landed in the right field bleachers. The hobbled runner pumped his fist as he rounded first base. His home run led to a 5-4 victory and gave the Dodgers an emotional lift that resulted in a 4-1 series win.

When the Bay Stood Still

When the Bay Stood Still

What was supposed to be a celebratory moment for the Bay Area turned into a nightmare on October 17, 1989. Just 30 minutes before game three of the first ever World Series between the A’s and the Giants was about to start, the infamous Loma Prieta earthquake struck San Francisco causing severe damage (most notably to the Bay Bridge and the Cypress Street Viaduct) that cost roughly $6 billion. Tragically, 63 people were killed and another 3,757 people were injured. Due to damage sustained at Candlestick Park, game three was postponed for 10 days. When the World Series finally resumed on October 27, both teams paid tribute to several first responders with a moving first pitch ceremony. Oakland went on to the win that game and the series, but most in the Bay Area will remember how baseball helped bring temporary reprieve from one of the worst natural disasters in U.S. history.

In 1991, Jack Morris was nearing the end of his career when he signed a one-year deal with the Minnesota Twins. Seven years earlier, he won a championship with the Tigers, but not many expected Minnesota to reach the Fall Classic, much less compete with the dominant Atlanta Braves. In game one, Morris gave a solid effort on the mound and led the Twins to a 5-2 victory. But it was his appearance in the deciding game seven that would become one of the most inspiring pitching performances in World Series history. Although both teams managed to get runners on base with a combined 17 hits, the game was scoreless heading into the 10th inning. Despite manager Tom Kelly’s wishes, the 36-year old Morris refused to come out of the game. His determination paid off. Atlanta sent three batters to the plate and Morris retired them all. In the bottom of the 10th, Gene Larkin drove in Dan Gladden for the game’s only run. Along with his third championship ring, Morris earned World Series MVP honors and a spot in the Major League history books.

In 1993, the Blue Jays were one of the hottest teams in baseball. Having won its first championship the year before, Toronto was expected to again challenge for the Major League title. The matchup between Toronto and Philadelphia featured a colorful cast of characters. Toronto had Paul Molitor, Ricky Henderson, Dave Stewart and Roberto Alomar, while the Phillies boasted Curt Schilling, Lenny Dykstra and Milt Thompson. But the defining moment starred Blue Jays outfielder Joe Carter and Phillies relief pitcher Mitch “Wild Thing” Williams. Toronto had a 3-2 lead heading into game six, but Philadelphia was threatening to tie the series. His team trailing 6-5, Carter came to the plate in the bottom of the ninth inning with two runners on base and one out. Despite not having a particularly great series, Carter worked the count to 2-2 before smashing a three-run game-winning home run. He joined Pirates legend Bill Mazeroski as one of only two players to end a World Series in walk-off fashion.

The 2001 World Series was arguably one of the most emotional sporting events in American history. Just six weeks earlier, the nation had endured its worst terrorist attack on U.S. soil. Because the Major League Baseball season had been temporarily postponed following 9-11, the World Series didn’t start until the latest date ever, October 27. The first two games were held in Phoenix where the National League champion Diamondbacks dominated the Yankees and took a commanding 2-0 lead. But back in New York, the passion was palpable. Yankees fans needed their team just as much as the players needed their fans. President George W. Bush threw out the ceremonial first pitch and the crowd erupted into chants of “U-S-A! U-S-A!” Roger Clemens pitched a masterful three-hit game and gave way to Mariano Rivera who pitched the final two innings in relief. The Yankees pushed the series to seven games, but Arizona ultimately came away with the championship. Regardless of the outcome, the mere playing of the World Series had a significant role in a nation’s healing process.

In a strange twist of events, the 2004 World Series was almost an afterthought considering how the Red Sox earned their spot. After going down 3-0 against the vaunted New York Yankees in the American League Championship Series, Boston became the first team to overcome that deficit to win a seven-game series. Curt Schilling, in particular, was deemed a hero for fighting through severe ankle pain (and the infamous bloody sock), along with David Ortiz and Johnny Damon who came through with big moments at the plate. But that didn’t make Boston’s 4-0 sweep of St. Louis any less inspirational. That’s because it marked the first Red Sox World Series title in 86 years and broke what many fans had deemed “The Curse,” a mythical mark of postseason futility which had been in effect since Boston traded Babe Ruth to the Yankees back in 1920. 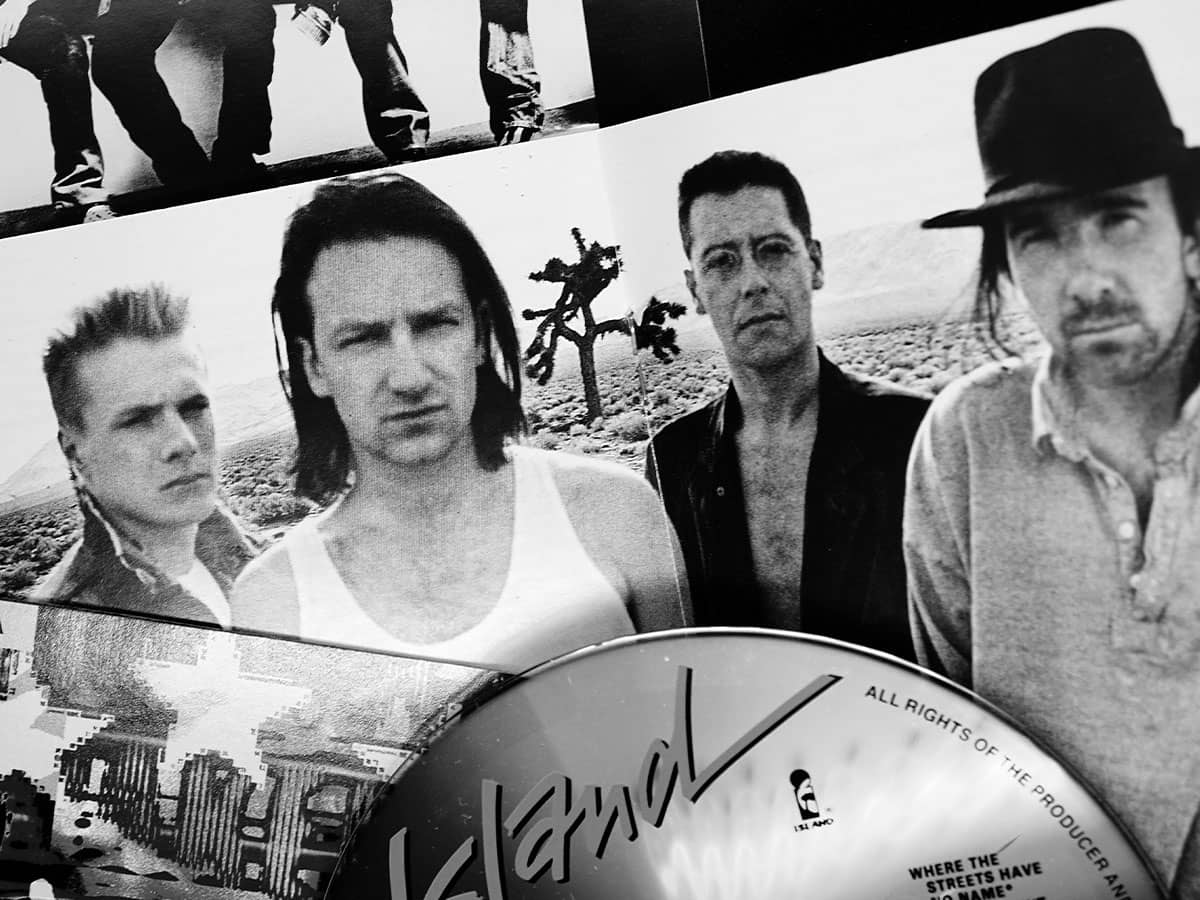 8 Bands You Didn’t Realize Were Christian
These eight bands may not have the Christian Rock label but biblical themes and their Christian faith are at the root of much of their music. Read next feature >
To read more from Chad Bonham, visit his column Inspiring Athletes.