These Christian films will inspire you and help you to see God’s grace in a whole new way.

The Apostle, starring Robert Duvall and Billy Bob Thornton tells the story of a charismatic Pentecostal preacher who starts a church in a poor community. But Sonny (Duvall) isn’t without his share of vices. Sonny ends up in a dispute that ends in a breakdown that rocks the church and changes his life forever. While this movie displays a pastor’s fall from grace, it showcases God’s presence even in the wilderness.

Chariots of Fire, starring Ben Cross is the story of two runners competing for Olympic glory. One, an English Jew, runs to overcome prejudice. The other, a devout Scottish Christian, runs for the Glory to God. This movie is based on a true story and is sure to touch and inspire you.

The Passion of the Christ (directed by Mel Gibson), starring Jim Caviezel captures Jesus’ final hours and crucifixion in a way you’ve never seen before. This is a movie you will have to brace yourself for but after watching once, is sure to move you and help you form a new appreciate for Jesus’ courageousness.

The Prince of Egypt is an adaptation of the Book of Exodus, following Moses’ life from his time as a prince, to his discovery of His Hebrew identity, to his deliverance of the Israelites out of Egypt. This movie is an animated classic that will touch your heart and is definitely one to watch with the kids.

The Chronicles of Narnia: The Lion, the Witch and the Wardrobe, a film adaptation of C.S. Lewis’ classic book series, tells the story of four kids who travel through a wardrobe that leads them into a land called Narnia. There, they are led by a mystical lion who ultimately reveals their destinies. This story is filled with religious allegory, with lessons the entire family can take away.

Heaven is for Real, starring Greg Kinnear is the story of a small-town father who has to find the courage to share his son Colton’s life-changing near-death experience with the world. This movie is also based on a true story.

The Mission, starring Robert DeNiro and Jeremy Irons is the story of a Spanish Jesuit priest who enters the South American jungle to build a mission church and convert a Guarani community to Christianity. In a series of events, the priest along with other missionary men attempt to protect the tribe from being conquered by Portugal, which would force them into slavery. This movie is a sleeper, starring a large cast of notable actors. While it is not big on dialogue, it is on action and powerful scenery.

Ben Hur, starring Charlton Heston tells the story of a Jewish prince living during the time of Christ, who is betrayed and sent into slavery by a Roman friend. Once he gets his freedom back, he comes back with a vengeance. This is another Christian movie classic, an overall epic masterpiece that showcases the redeeming power of Jesus.

The Ten Commandments, starring Charlton Heston as Moses shows us the life of Moses from his discovery as an infant by Pharaoh’s daughter until his struggle to deliver the Hebrews from slavery. This is another must-see religious epic classic, bringing Moses’ mission to life in a powerful way. 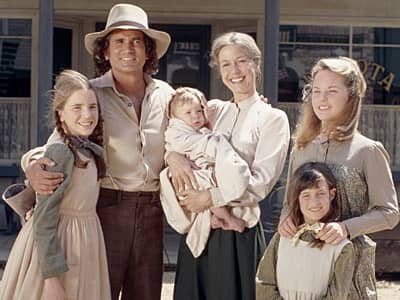 Quiz: Great TV and Movie Fathers
How well do you know inspiring fictional dads from the big and small screen? Take our trivia quiz and find out. Read next feature >