Is your favorite TV show of all time from the black-and-white era? Techni-color? Or of the age of fancy special effects? If you love the classics, you'll love these!

Is your favorite TV show of all time from the black-and-white era? Techni-color? Or of the age of fancy special effects? From M*A*S*H to Gilligan's Island to The Dukes of Hazzard, if you love the classics, you'll love these!

I Love Lucy was an American sitcom starring Lucille Ball, Desi Arnaz, Vivian Vance, and William Frawley. The black-and-white series originally ran from 1951 to 1957 on CBS. Lucy exhibited many stereotypical female traits that were standard for comedy at the time, including being secretive about her age and true hair color, and being careless with money. She was also depicted as a devoted housewife and attentive mother.

Lassie was an American TV series that follows the adventures of Lassie, a female collie, and her companions, both human and animal. The show ran from 1954 to 1973. Initially filmed in black and white, the show transitioned to color during 1965.

Leave It to Beaver was a series about an inquisitive but often naive boy named Theodore "The Beaver" Cleaver, played by actor Jerry Mathers, and his adventures at home, in school, and around his suburban neighborhood. The Cleaver family exemplified the idyllic suburban family of the mid-20th century. Parents June and Ward Cleaver were depicted as the perfect parents, handling situations with grace and integrity and passing on lessons of life and morality and honor.

The Lone Ranger was an American western television live-action show that aired for 8 seasons, from 1949 to 1957. Several actors played the masked hero during the course of the show, and his sidekick Tonto achieved equal fame. The Lone Ranger was the highest-rated television program on the ABC network in the early 1950's.

The Andy Griffith Show starred Andy Griffith as a widowed sheriff in the fictional small community of Mayberry, North Carolina. Andy's life was complicated by an inept but well-meaning deputy, Barney Fife, a spinster aunt and housekeeper, Aunt Bee, and a young son, Opie. Local ne-er-do-wells, bumbling pals, and temperamental girlfriends further complicate his life ensured ongoing popularity of the series, including the generation of a spin-off.

The Beverly Hillbillies ran for 9 years, beginning in 1962, about a poor backwoods family transplanted to Beverly Hills, California, after striking oil on their land.

The Brady Bunch may havebeen too early for its time - a show about a blended family with 6 kids between Mike, a widower, and Carol, presumably a divorcee though the ABC network refused to reveal her past. The American sitcom ran for 5 years, and the first season focused on the awkward moments that one would expect in any blended household today.

The Dick Van Dyke Show was a series about the home and work life of fictional character Rob Petrie, head writer of a variety show, and gave America insight into the prep and filming of television production. CBS ran the show, created and produced by Carl Reiner and starred Dick Van Dyke and Mary Tyler Moore, for 5 years .

Charter boat S.S. Minnow and crew sets sail on an infamous 'three-hour tour' with five passengers from Honolulu and runs into a tropical storm, being shipwrecked on an uncharted island somewhere in the Pacific Ocean. Executive producer Sherwood Schwartz composed the theme song to encompass the premise so that a first-time viewer could see any episode and easily understand the idea behind the show.

Green Acres starred Eddie Albert and Eva Gabor as a society couple from New York City move to the country to their own farm. Albert played an attorney who became jaded by New York City life and wanted to live off the land, and Gabor played his glamorous wife who was dragged unwillingly from the city life she loved.

I Dream of Jeannie calls to mind Barbara Eden and her famous bottle. Eden is a 2,000-year-old genie who falls in love with her master, astronaut and Air Force Major Anthony Nelson, and eventually marries him.

The Dukes of Hazzard

The Dukes of Hazzard

Cousins Bo, Luke and Daisy were the central focus of The Dukes of Hazzard, set in rural fictional Hazzard County, Georgia, with their wise elderly Uncle Jesse. The Dukes race around in their customized 1969 Dodge Charger stock car, christened the General Lee, evading crooked county commissioner Boss Hogg and his inept county sheriff Rosco P. Coltrane, and always managing to get caught in the middle of the various escapades and incidents that often occur in the area.

Little House on the Prairie

Little House on the Prairie

Adapted from a best-selling book series, Little House on the Prairie was about the Ingalls family on their farm in Minnesota, with notable actors Michael Landon and Melissa Gilbert, and the series inspired a spin-off once primary cast members began departing.

The Cosby Show centers on the upper middle-class Huxtable family, patriarch of which is played by Bill Cosby, in the heart of Brooklyn. Dr. Huxtable, an obstetrician, and Mrs. Huxtable, an attorney, and their five children address serious and controversial subjects in a practical manner, such as teenage pregnancy and learning disabilities.

M*A*S*H, first a book and then a feature film, followed a team of doctors and support staff stationed at the "4077th Mobile Army Surgical Hospital" in Uijeongbu, South Korea, during the Korean War. The series finale, at the time, was the most-watched television episode in U.S. television history. Not bad for a series that depicted a three-year military conflict over the course of eleven seasons. 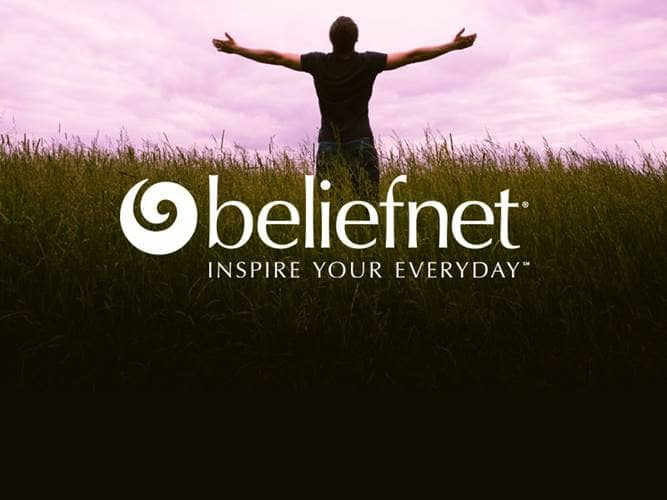 20 Surprising C.S. Lewis Quotes and 10 Facts You Didn't Know
Here are 20 surprising facts you may not have known about C.S. Lewis. Read next feature >