Black was the philanthropic good heart that politics and boards needed to make change and head way. The world lost a legend but gained an angel. 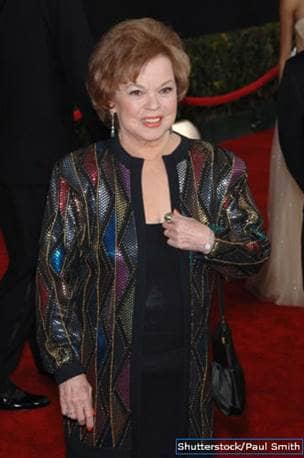 Beyond the curly locks, adorable dimpled smile and eyes that could captivate any audience was Shirley Temple Black. Black was more than just a cute and talented child actress, she was a light that could brighten any room she was in. Shirley Temple black died February 10, 2014 at the age of 85.

She was "just absolutely marvelous, greatest in the world," director Allan Dwan told filmmaker-author Peter Bogdanovich in his book "Who the Devil Made It: Conversations With Legendary Film Directors." "With Shirley, you'd just tell her once and she'd remember the rest of her life," said Dwan, who directed "Heidi" and "Rebecca of Sunnybrook Farm." "Whatever it was she was supposed to do - she'd do it. ... And if one of the actors got stuck, she'd tell him what his line was - she knew it better than he did."

From "Bright Eyes" to "Heidi," Black starred in a countless amount of films. At the young age of 22 years-old Black retired from the big screen. However, as she got older the world was no longer interested in the bright eyed beauty. People during the Great Depression needed her beautiful smile and cheerful attitude but as times got better the demand for Miss Temple began to decline. Black never set back and let the world of film hold her back – she continued on and jumped into a new career. Unlike, many child stars Black left Hollywood and impacted the world with her philanthropic and political endeavors.

In 1969, Black was appointed a delegate to the United Nations General Assembly by President Nixon after an unsuccessful run for a seat in Congress. In the 60s she became the President of the Multiple Sclerosis Society and the co-founder of the International Federation of Multiple Sclerosis Societies. Not stopping there, she also worked hard for the development of the San Francisco International Film Festival.

Black even sat on prestigious boards for The Walt Disney Company, Del Monte Foods and the National Wildlife Federation. She is ranked on the American Film Institute’s list of the greatest female American screen legends of all time as 18. Black has also received awards such as Kennedy Center Honors and Screen Actors Guild Life Achievement Award.

While working to make a difference with any project that she worked on, Black tried to keep her personal life just that – personal. Her first marriage didn’t work out due to her ex-spouse’s struggles with addiction, Miss Temple found love with Charles Alden Black. After 12 days of courtship, the couple was engaged. Proving naysayers wrong and confirming that love at first sight does exist, the couple was married for 55 years until Charles’ death in 2005.

Black was more than a cute face. She was the hope a country needed during a dark time. She was the light that everyone needed at the end of a grueling tunnel. Black was the philanthropic good heart that politics and boards needed to make change and head way. The world lost a legend but gained an angel.