Christianity in the Arts

How have artists embraced Christianity? 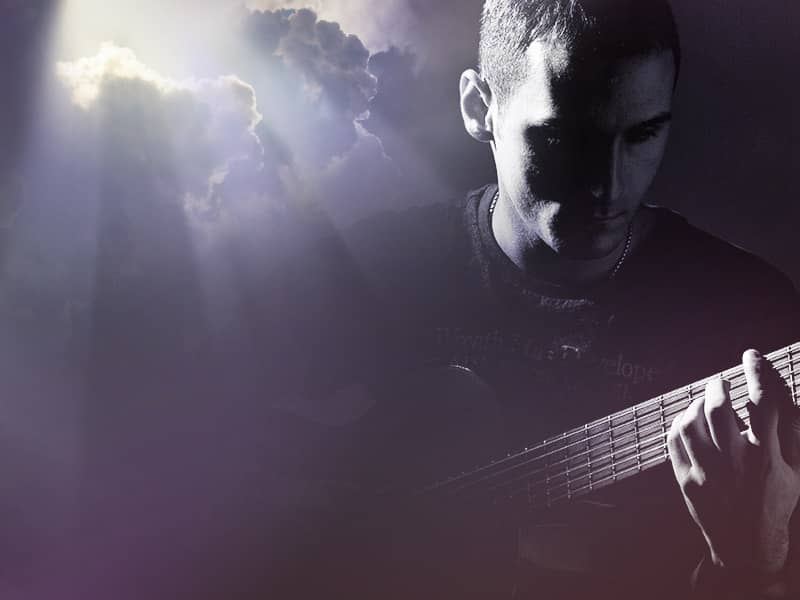 The arts are in many ways considered to be the pinnacle of culture. The arts entice the senses that are the most powerful and the most central to modern human life: sight and hearing. Both the visual arts and the performing arts ensnare human eyes with graceful lines and vibrant colors. Other versions of the performing arts capture human attention through their intricate melodies and beautiful harmonies. Literature, meanwhile, transcends the senses entirely in order to reach the human mind and move the human heart.
All forms of art work to bring to life something that cannot otherwise be expressed or to share an experience or emotion that profoundly moved the artist. For centuries, poetry has been the choice of medium for lovesick men and women attempting to capture the incredible feelings the object of their affections stirs within them. Music can evoke emotion without words, and theater can be performed so masterfully that the audience forgets the scene is not real. Men and women have stared at statues and paintings in rapture or been moved to tears by a concert. The arts are almost as old as the emotions they elicit, and they have what many would find to be an unlikely muse and patron: Christianity. 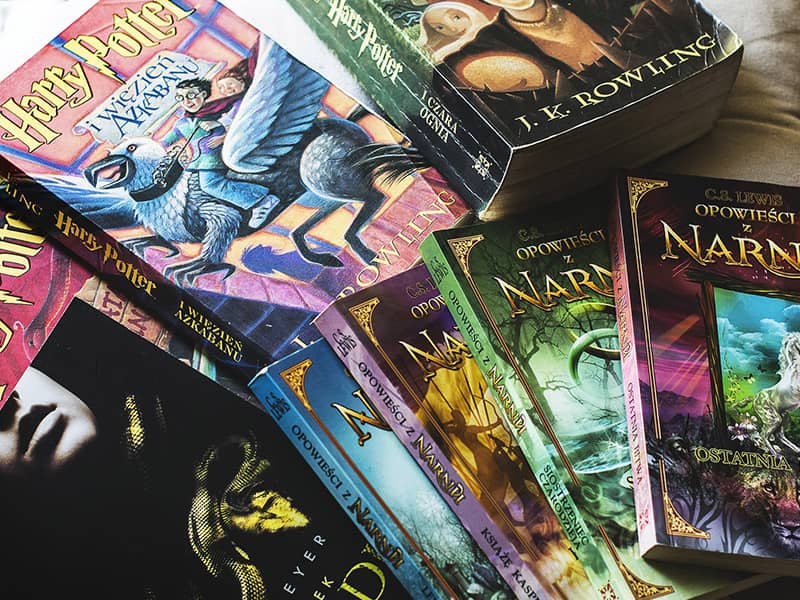 The foundation of Christianity is preserved in the thin pages of arguably the most famous book of all time. Given the importance that Christians place on the Bible, it should come as no surprise that Christianity has been woven between the words of many works of literature. From theological and apologetic writings to classic prose fiction such as John Bunyan’s “The Pilgrim’s Progress” and Dante Alighieri’s “Divine Comedy,” Christianity has been the blatant subject of many books. Poetry has also been openly focused on Christian ideas, such as in John Milton’s famous, or infamous, epic, “Paradise Lost.”
More subtle Christian themes have also been found in literature. C.S. Lewis is famous for his thinly veiled nods to Christianity in “The Chronicles of Narnia.” Modern literature has not been exempt from Christian themes either. Christian bookstores stock their shelves with books written by Christians for Christians, and even best sellers such as “Harry Potter” have Christian themes woven through the pages. 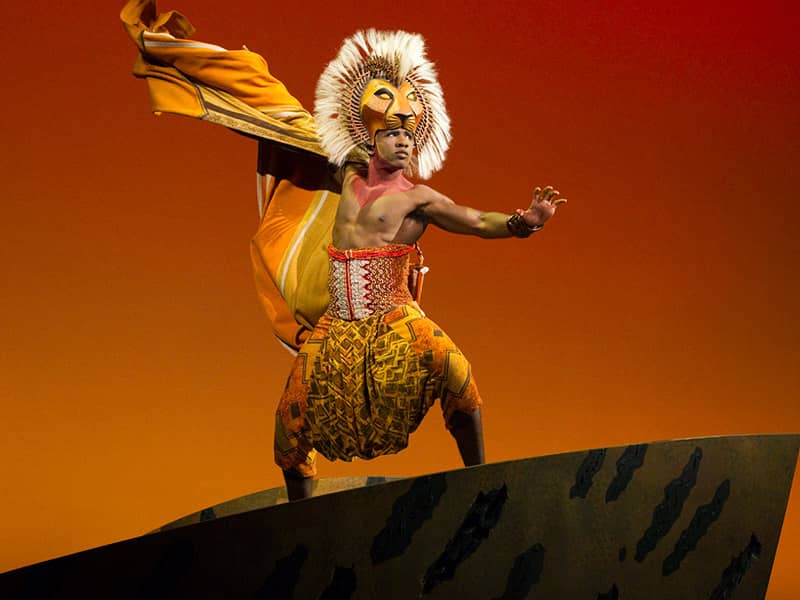 Theater as it is known today has its roots back in ancient Greece. The pagan background of this performing art, however, does not mean that there are not plays that are packed with Christian themes and imagery. “Jesus Christ Superstar” and “Godspell” both explicitly deal with the life and ministry of Jesus Christ. “Joseph and the Technicolor Dreamcoat,” on the other hand, has made the Old Testament story of Joseph one of the best known tales in the Bible.
Other plays are filled with Christian themes and imagery even though they are not based on Christian stories. “Les Miserables” is one of the most famous and popular musicals of all time, and it is filled with Christian references. The overarching story is largely one of redemption, selflessness and compassion, all of which are common Christian values. The highest grossing Broadway show of all time, “The Lion King,” also contains Christian themes. The story of Simba’s return to Pride Rock has been compared to both the story of the prodigal son and that of Jesus returning to save His people. 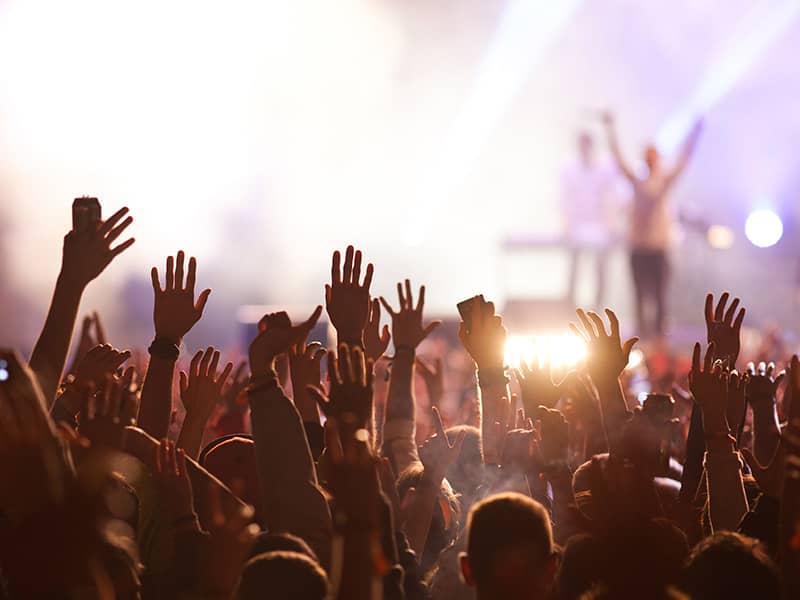 Christian music has become its own genre in modern times. There are hundreds of songs on the radio that glorify God and praise Christ. MercyMe’s song “I Can Only Imagine” was so popular that the story behind the song was made into a feature length film that was an unexpected box office hit.
Music has been part of Christianity since well before modern radio and recording equipment were invented. Hymns have been part of most churches’ repertoires for centuries. The “Gloria in Excelsis” dates back to the fourth century and is still used in Catholic churches today. Even older than the “Gloria,” however, are the psalms. These ancient poems were originally meant to be sung, and some contain explicit instructions for accompaniment by a lute or drum. While these may not be what most people would term “Christian music,” the psalms show that Christianity has been intertwined with music since before the religion was even born. 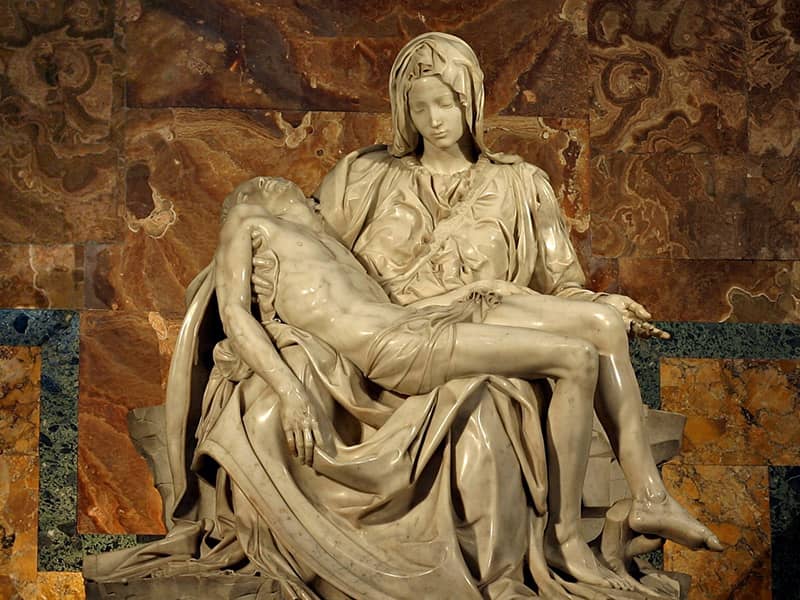 Visual art has been in the collective mind of the Church for nearly as long as Christianity has existed. The question of how to depict important Christian figures and stories should be depicted was the subject of much debate in early Christianity. The issue of religious art was actually such a controversial topic and given so much importance that it was the Seventh Ecumenical Council was called in order to deal with the subject of icons, or religious images.
Christianity was also the subject of many of the most famous paintings and statues ever created. The ceiling of the Sistine Chapel is considered to be one of the most incredible masterpieces ever created, and Michelangelo’s “The David” and “La Pieta” are two of the most well-known sculptures in the world. Other Renaissance artists also looked to Christianity for inspiration, including Raphael and Leonardo da Vinci. 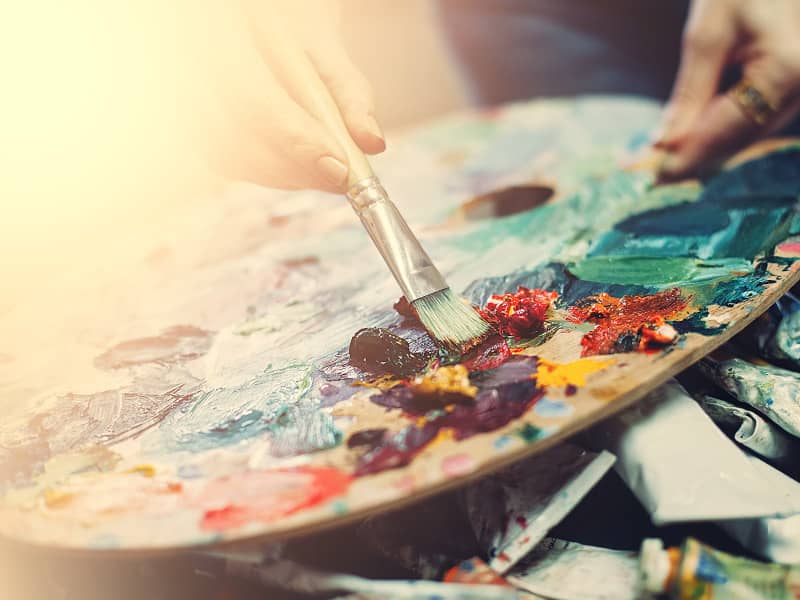 Christianity has been entangled in the arts since before its birth and has permeated every medium of the arts. From the ancient psalms and hymns that early Christians sang to modern recording studios and from the incredible paintings of the Renaissance to the spectacle of “Les Miserables,” the arts have put the best of Christianity on display. Creatives across time and space have used their talents to share with the world the joy and grace that Christianity brings its adherents. Art was all but made for religion. The arts give voice to that which no human can describe, and what is more indescribable than the beauty of God’s love? 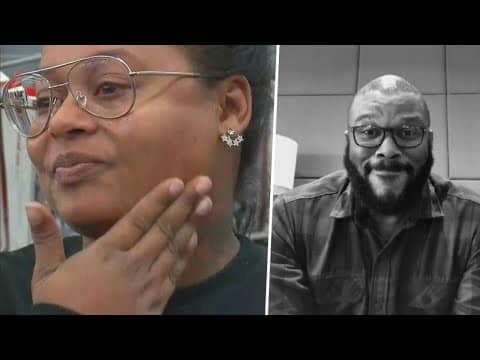 Tyler Perry Pays $434,000 Worth of Walmart Layaways
The Christian actor made the lives of many a little easier during the holidays. Read next feature >
Stephanie Hertzenberg is a writer and editor at Beliefnet. She is a graduate of the College of William and Mary where she majored in Religious Studies and minored in Creative Writing. She maintains an avid interest in health, history and science.