Stephen Baldwin takes on a film about the separation of church and state. 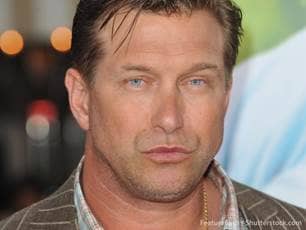 The former Hollywood bad boy Stephen Baldwin is blazing a path for Christ in films since becoming a believer over 10 years ago after watching how it transformed his wife’s life.

But after 9/11, it really hit him and Baldwin felt led to accept Christ, and move full throttle, much like his high-octane persona, outside the confines of Hollywood. Now with many films on his resume—Baldwin shares God with others through films. And he’s not shy about being politically incorrect in Hollywood, and the project “God’s Club,” shares a common thread believers face in this nation.

The ongoing debate about allowing prayer in school.

“Unequivocally we’re a Christian nation,” he said. “It’s been interesting to experience all that and communicate with people that idea.” The Bible has also been an issue at schools since 1963 when the U.S. Supreme Court combined the case of Abington School District v. Schempp and Murray v. Curlett and banned the Bible and prayer in public schools.

The court voted 8–1 in favor of Edward Schempp, and “declared school-sponsored Bible reading in public schools in the United States to be unconstitutional.” See Baldwin's new role asa public high-school teacher Michael Evens, who is rebooting his wife’s Bible Club, is faced with this issue.

A group of parents became irate the he was proselytizing students. Demanding that there be a separation of church and state.

“It was an opportunity in the telling of the story to not only utilize some of my life experiences and spiritual experiences personally," the star of “Unusual Suspects” and “Celebrity Apprentice” said.

“It was interesting how art was imitating life.” What was not in the script was a scene towards the end of the film showing a big speech at a public school and “I said the words when they created the law that is the separation of church and state that it was never meant to become a separation from God.”

You can find this in America today that people don’t understand in its origin, the youngest of the Baldwin brothers offered. “As we explore this doing research for the movie, that was really powerful for me and a blessing for me to be able to say those words. It has led to an opportunity to discuss that further with folks.” Baldwin was an early supporter of GOP presidential candidate and businessman Donald Trump. He met Trump on the reality show “The Celebrity Apprentice” in 2013.

Trump has created a movement in the country by tapping into people’s distain for establishment politics. “In business he has branded himself a certain way as brash and aggressive and things like that, which he is,” Baldwin shared.

“But I believe you’re seeing this response to a lot of Christians as a result of the idea that is for a time such a time is this--Donald Trump is not a politician. Many Christian and voters are responding because it is refreshing. “People may not agree with his methodology or all that he’s saying or the way he’s saying it. But I believe Mr. Trump is willing to stand his ground and willing to stand up for what he believes in for this country and about the future of this country.”

Ultimately, Baldwin desires to be a communicator of the Gospel, not politics.

“I made the conscious decision to step back from being so outspoken as I once was about my political opinions because people are really already decided what their opinion is. I really just decided to humble myself and keep my opinions to myself except for when it is necessary to express myself.”

Now Baldwin is a bad boy for God, and utilizing humility as a tool of strength like the scripture in John 3:30 reads and is tattooed on his neck. “He must become greater; I must become less.”