Is Kanye West a Christian?

I’m going to lay it all out on the table. I am a Kanye West fan. Fan in the sense that I think he is a musical genius. Over a decade after it’s release, “College Dropout” is still one of my favorite albums. If I had to pick my home run song, assuming I could hit a home run, it would be Kanye’s “Paris” song with Jay-Z.

I preface all of this because Kayne’s sudden jump to be redeemed by the Christian faith are alongside his controversial media moments – marrying Kim Kardashian, running for president of the United States of America, discussing the thought of aborting his first born, endlessly bullying pop star Taylor Swift, the heated arguments with rapper (and friend) Jay-Z, and the occasional tantrum captured by TMZ.

I mention all of this to be transparent. I, too, questioned Kanye West’s testimony and faith. Then I walked it back because I realized that I lean on my Christian faith the most, when things got rough. I dove into Scripture and the Bible when I was challenged by the hard lessons of grace, forgiveness, uncertainty, and boundless hope. So, who am I to question another Christian’s faith?

If you read the headline and thought, oh another article casting judgment or sensationalizing Kanye’s actions…you’re wrong. This is a dive into what Kanye West really believes and will help us weed out the controversial tabloids from the facts.

Everyone wants to know, Is Kanye West Christian?

Yes, he is. In the July 2019 interview with Forbes titled “Kanye’s Second Coming,” Kayne credited God with his personal and professional turnaround. He said he is “just blessed through the grace of God” to be in the place he is now, after his reputation and business took a hit a few years back, and that “being in service to Christ, the radical obedience” transformed him after his mental breakdown which is connected to his bipolar disorder.

Many people have questioned his Christian faith because of bold actions (both physically and verbally) such as Kanye’s Rolling Stone cover featuring him posing as Jesus and describing himself as a god. Which leads us to another popular Google question, why is Kanye called Jesus King?

Kanye created an album titled Jesus Is King. In a listening party in New York on September 29, 2019, Kanye said, “This album has been made to be an expression of the gospel and to share the gospel and the truth of what Jesus has done to me. When I think of the goodness of Jesus and all that he does for me, my soul cries out.”

Now to be fair, the lyrics on various songs in the album are what has drummed up the bulk of the controversy. In “Hands On”, “They’ll be the first one to judge me, Make it feel like nobody love me.” In “Selah” he compares himself to a Biblical patriarch “Before the flood, people judge, They did the same thing to Noah.”

Despite the backlash from the Christian community, Kanye received a great deal of support from the gospel community. Time Magazine covered the controversy and cited the response from the gospel community. “Many of these musicians believe that no matter what they think about West’s politics, it’s more important that a prominent artist with an enormous reach is relaying on gospel traditions to talk fervently about God.” Richard Smallwood, gospel singer and songwriter told time, “The traditional Christian church has always frowned upon anything that is new and innovative. He’s singing about Jesus Christ and God – and that, to me, is the bottom line.”

Kanye went on to produce performances that spectators picked apart. Some of the controversial questions and statements argued the use of blood, Kanye’s attire which resembled Jesus Christ, and the choir being clothed in Kanye’s apparel line.

Yet, at the core, Kanye is an artist – someone who expresses themselves through visual and lyrical representations of their beliefs, feelings and ideals. So, is Kanye West saved?

Like the majority of the population in the world, the popular artist has experienced pain and problems – a near-fatal car accident, his mother’s unexpected death, and the continuous dealings of mental health issues. God has filled the void for Kanye. He publicly proclaims being saved in his song “God Is”.

I can’t keep it to myself, I can’t sit here and be still;

Everybody, I will tell ‘til the whole world is healed.

King of kings, Lord of lords, all the things He has in store;

From the rich to the poor, all are welcome through the door.

You won’t ever be the same when you call on Jesus’ name;

Being saved means living a rescued life from the sin and setting yourself free from the guilt of your sins. Kanye’s lyrics indicate that is exactly what he’s doing – freeing himself from the sins he’s committed, but he’s admitting that he’s not perfect. People balk and question because at it’s center, this is radical change. However, what real change isn’t uncomfortable and at first sight unthought of.

In an interview with GQ Magazine Kanye reiterated his saved status. “I’m definitely born again,” West said. “When you’re not in service to God, you can end up being in service to everything else.” In the interview he went on to discuss the death of his best friend Kobe Bryant and the Sunday Service he held in his honor. “This was a place, contrary to popular belief about Christianity, of no judgment. I feel that the church that most people grew up on as kids had a negative environment,” he said. “The greatest thing for me, as someone who’s given their life to Christ, is knowing that other people have that as an anchor and a form of healing, because you’re talking to a person that went to the hospital and back.”

Kanye West is a talented artist and he is a human being that follows Jesus Christ. As Christians, we believe that Jesus made everyone individually because we’re all special and have something to offer – this is a foundational truth within Christianity. Therefore, Christians shouldn’t pick apart Kanye West’s faith. He is expressing his love for Jesus and the Christian faith in the only way he knows how – artistically. Christians shouldn’t balk at the coverage the paparazzi and media forums broadcast of Mr. West because those depictions are out of his control. What is his control, is his art and his art is saying Jesus is King!

Angela Guzman is a writer at Large and a Huffington Post contributor. 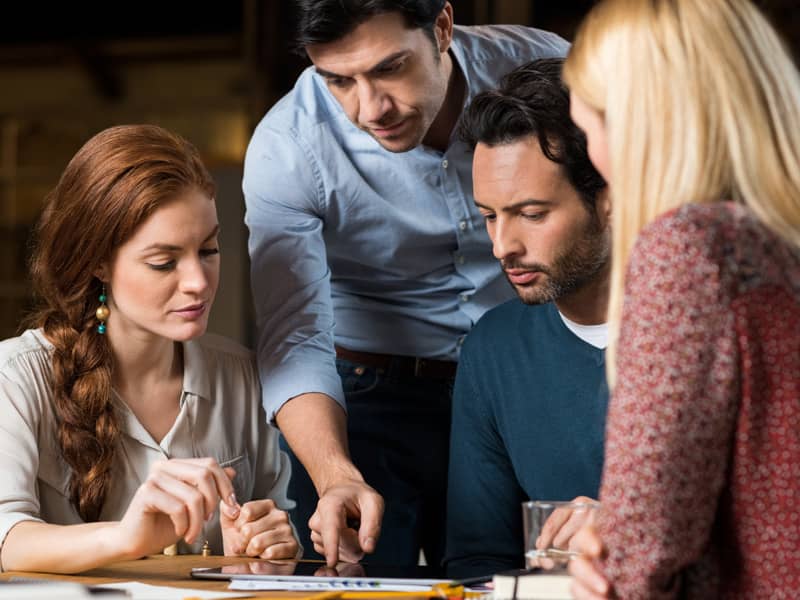 6 Ways a Christian Education Can Serve You in the Workplace