These celebrities practice their faith and entertain us! Check our gallery to find out which ones are Catholic! 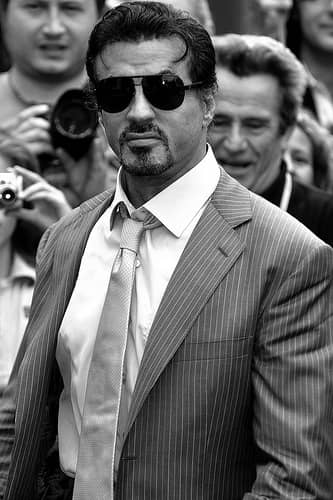 Sly Stallone is known for his tough guy image in the movies Rocky, Rambo, and even the recent Expendables.  Though his roles, especially Rocky, have sometimes shown a softer side.  Sly grew up in the church, but as his career moved forward he left.  He began attending church again in the 2000s, and it became a large, somewhat shocking, part of his role in the latest Rambo film.  In the film the atheist Rambo is tasked with escorting Christian through a hostile territory so that they can bring their faith, and their medicine, to the natives.  The character is influenced by their faith, which may be an action movie plot, but seems to nail Stallone’s own faith journey pretty squarely.  An action movie about attending church?  Sure!

This famous jazz pianist turned actor has sold over 25 million records.  He was born in New Orleans with a Jewish mother, whose family owned a record store.  He began playing piano at the young age of three, making public appearances by the time he was five.  Though he chooses not to speak openly about it often, Connick is now a practicing Roman Catholic.  He credits his mother with teaching him Christian actions, and his parents faith with shaping his values more than the doctrines of the church, though he values those deeply. 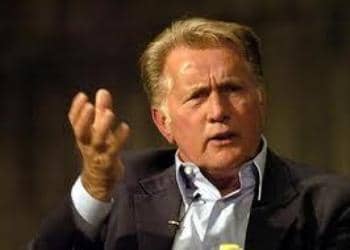 The Apocalypse Now and West Wing star, and fathers of sons Emilio Estevez and Charlie Sheen, is devoutly Roman Catholic.  Born to a Galician father and an Irish mother, none of whom had the last name Sheen, he was exposed to the church at a young age.  He found God in Paris in 1981.  He was overcome with a heart attack at the age of 40, an even that really woke him up to the realities of his life and faith.  He was read his last rites, but lived on.  His mass attendance was tentative at first, as the church had now become Vatican II in the time he was away, but since his faith has blossomed and even found its way into his films.

Check out an exclusive interview with Marin Sheen 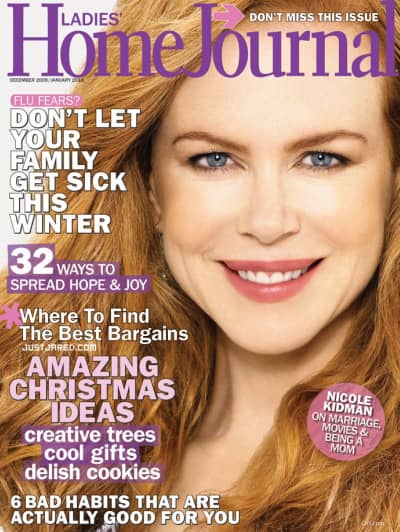 Australian actress and humanitarian Nicole Kidman is a practicing Roman Catholic.  Her very public marriage with actor Tom Cruise ended with a religious dispute as Kidman did not want the children to be raised in Scientology.  Following the marriage Kidman returned to her Catholic roots.  Amongst her credits as a humanitarian is an appointment as the Goodwill Ambassador for the United Nations Development Fund for Women.

Charleston, SC native Stephen Colbert is a hilarious late night parody of political commentators, and he is also a devout Roman Catholic.  Colbert was the youngest of 11 children in an Irish Catholic family.  Self-described as a man of family values, Colbert teaches Sunday School in New Jersey and often tackles religious issues on his popular show. 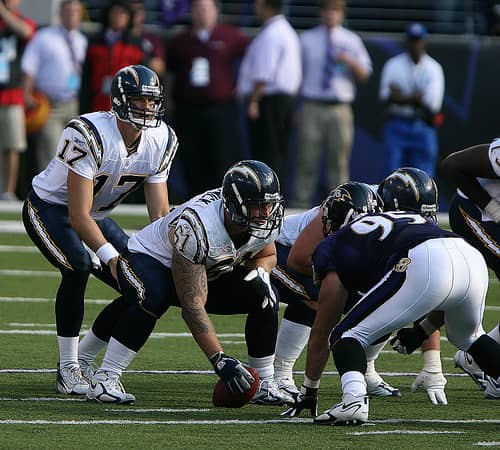 Chargers' Quarterback Philip Rivers has been a devout Roman Catholic since his early life in Alabama.  The NFL star spends the off-season speaking at Catholic youth engagements, encouraging teens to embrace their spirituality and to also maintain their sexual purity until marriage.  He is also the president and founder of the Rivers of Hope Foundation, which seeks to find permanent homes for abandoned children. 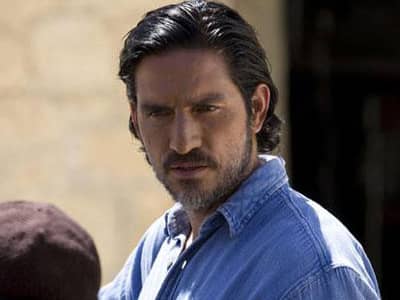 Jim Caviezel is most known for his role as Jesus in the Passion of the Christ, and it isn’t surprising that he is an intensely Catholic man.  He has sense moved into roles in crime dramas and other roles, but they are less representative of his beliefs.  Raised in Washington, his Catholic roots ran deep in his family.  Playing Jesus in such a monumental film made for a tough time in his career in a Hollywood that seemed to be miffed by the role, but he has since turned the corner.  In addition to acting, he has been a speaker at religious meetings and conferences since playing the role of Jesus.  Caveiezel has also adopted two disabled children. 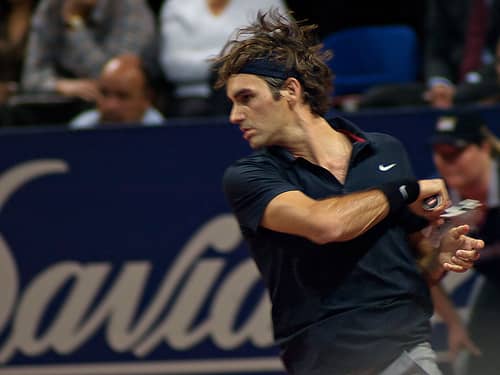 Federer is a Swiss tennis pro who holds a number of distinguishable marks, including a record 16 men’s Grand Slam singles titles and 23 grand slam title finals.  He is a Binningen native, and also holds citizenship in South Africa.  His parents raised him as a Roman Catholic, and is one of the few who has had the privilege of meeting the Pope himself.  He is married to former tennis professional Mirka Vayrinec, and they have two children.  Roger is involved with numerous charities including UNICEF, tsunami victims, Haiti, and more. 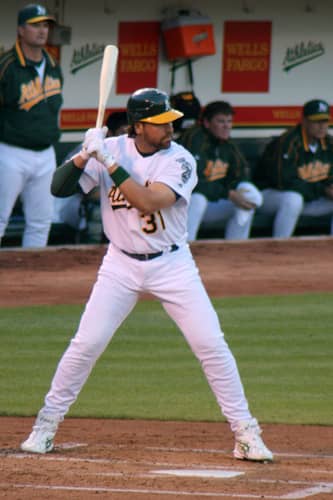 After starting his career as the 1,390th player chosen in baseball's 1988 amateur draft, Mike Piazza went on to defy expectations and become one of the top major-league catchers of all time. Piazza won the 1993 Rookie of the Year Award, has been chosen for a dozen All-Star games, and holds the record for most home runs by a catcher. Piazza is also a devoted Catholic.  He told Beliefnet that “I truly believe my whole professional career has been a blessing from God. And it's been a great gift. I know I worked hard, and you have to apply yourself, but I still feel that you have to have a lot of blessings from above. And anybody who plays this game, you have to be very spiritual, because it's very frustrating at times.”  Piazza grew up Roman Catholic, with his mother as an important influence.  He has always enjoyed being a part of the church, and it is an essential part of his life.

The six time pro bowl selection and Pittsburgh Steelers linebacker may be known for his hard hitting and sleek hairdo, but he has quite a different life outside of the big stage.  As a young person in Oregon, he went to Catholic school and valued his family and church.  He is a true man of faith who seeks to glorify God on and off the field.  His teammates credit him with bringing faith and joy to the team, his parish priest who has celebrated mass with Steelers players and coaches for 10 years, is a large part of his life as well. 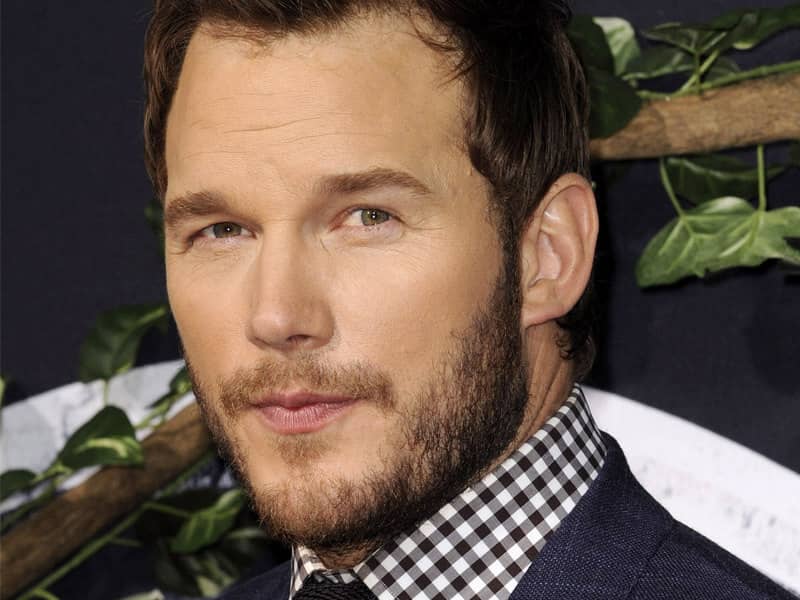 5 Ways Chris Pratt and Katherine Schwarzenegger Are Living For God

The two celebrities are the epitome of a strong, Christian marriage. Read next feature >
Stephen Russ