Raised in a conservative evangelical environment, Bieber reportedly got saved and baptized at quite a young age. However, Bieber’s latest behavior have caused his fans to wonder – has Bieber fallen from faith? 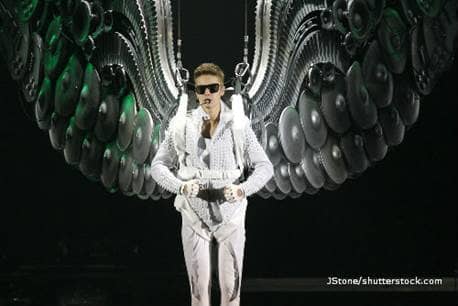 Assault, alleged marijuana use, threatening language towards the media, inappropriate comments and gestures towards other countries and figures such as Anne Frank and former president Bill Clinton, allegedly charged with a DUI and abuse of prescription drugs – these are the latest actions of pop-star Justin Bieber.

At the young age of 19, Bieber has definitely lived quite a lavish lifestyle compared to his humble upbringing in Stratford, Ontario. The YouTube sensation wowed the hearts of many with his charisma and voice. The media coined his takeover as “Bieber Fever.”

Not only is Bieber a talented singer but he is also known as a celebrity of faith. In an interview with Teen Vogue Bieber said, “I think that’s part of the reason I’m here. Not just because I’m talented but because God had a purpose for me to just help people.”

Raised in a conservative evangelical environment, Bieber reportedly got saved and baptized at quite a young age. However, Bieber’s latest behavior has caused his fans to wonder – has Bieber fallen from faith?

Longtime mentor Usher defended Bieber’s behavior in an interview with the Associated Pressed saying it’s all just part of growing up. “Unfortunately the reality is he has to live with a camera in front of him, but what he chooses to do on or off camera is analyzed or scrutinized in some off way,” said Usher.

Will Bieber be able to rise above his foul behavior and actions? Some are saying no. Bieber’s fan base lies primarily with young teens, who may eventually write him off and move on to the next big music sensation – Bruno Mars, Phillip Phillips – acts that have a better reputation.

After the alleged DUI arrest in Miami, Bieber turned to Twitter and tweeted, “Never forget where you come from or those who supported you before anyone else. Still the small town kid. Thanks.” His father also later tweeted a picture of Bieber sleeping saying he was safe and sound. While these antics may be genuine, the media and fans are wondering if all the remorse is just a PR ploy. Bieber’s mother, Pattie Mallette offered words to the media and Bieber’s fans by saying, “If Justin’s struggling, don’t kick him when he’s down or condemn him – pray for him.”

Maybe that is all Bieber needs – prayer. God will forgive anyone for their sins and allow them the opportunity to turnover a new leaf. Hopefully Bieber will see the light and regain his grace.