Simon was more than just a talented mind - he served as an inspirational force for other projects and platforms. He acted as a voice for those who could not speak and wrote for characters that will live on as a legacy. 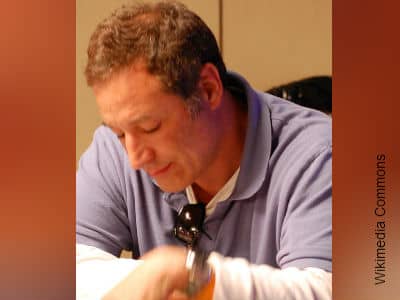 Creative genius Sam Simon died at the age of 59 from colorectal cancer in his Los Angeles home Sunday, March 8th. Simon is known as the co-creator of The Simpsons and for his works with other shows – Taxi, Cheers, It’s Gary Shandling’s Show, The Drew Carey Show and Anger Management.

In late 2012, Simon was diagnosed with terminal cancer. Already a big animal activist and philanthropist, Simon decided to dedicate his last years to his passion for animals. Simon started buying zoos and circuses to free animals. He helped to fund the Sam Simon Foundation, which rescued dogs, funded a traveling animal surgery clinic assisting the ailing pets for those who could not afford medical attention and provided vegan food for people in need.

His philanthropic endeavors, for animals, were near and dear to his heart because he believed that he needed to be the voice for animals because they couldn’t speak out.

In his will, Simon left his entire fortune to charity. He spoke out about his decision stating that his family and close friends were blessed to be financially stable therefore he wanted to donate his monies to efforts that could help the future for others. "The truth is, I have more money than I'm interested in spending. Everyone in my family is taken care of. And I enjoy this," said Simon.

When Simon “turned to writing animation, he helped to give birth to something which changed the landscape of television and has given him a legacy that will live forever,” said Craig Miller, chairman of the Animation Writers Caucus of the Writers Guild of America West.

Simons’ colleagues always spoke highly of him – especially his Simpson’s family. Former Simpsons’ director Brad Bird said Simon was the unsung hero of the show. Writer Ken Levine believed that Simon was, "the real creative force behind The Simpsons...The tone, the storytelling, the level of humor – that was all developed on Sam's watch."

Fellow Simpsons producer Al Jean tweeted, "a great man; I owe him everything.”

Simon was more than just a talented mind - he served as an inspirational force for other projects and platforms. He acted as a voice for those who could not speak and wrote for characters that will live on as a legacy.