Many people don't think about the children of jail inmates. A former parole officer created an organization to help those children. 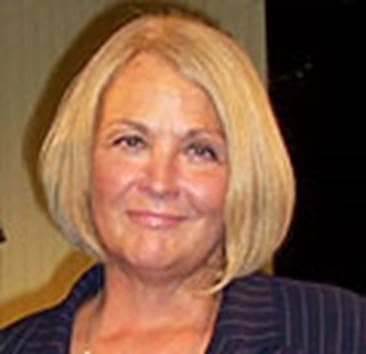 Founder, author, philanthropist, advocate, angel – those are just a few of the words that describe Marilyn Gambrell, CEO of No More Victims Inc.

“Today we have over 2,000 children that have enrolled in our program,” Gambrell said. The program began at M. B. Smiley High School in January 2000 and started with 24 participants.

NMV is a non-profit created for the purpose of reducing victimizing behavior within society by promoting mental health, improving the quality of life and addressing the relevant needs and issues of the child and adult. Gambrell was a Texas Parole Officer who witnessed, on a day-to-day basis, the consequences and impact a parent in jail can have on their child. Gambrell was compelled to make a difference and save children from making the same bad decisions as their loved ones; so she started NMV.

“My favorite aspect to my job is when our children feel safe enough to release their pain, fears and secrets that have kept them emotionally paralyzed and to actually witness them begin to breathe their own air,” Gambrell said. NMV is a structured program that consists of fundamentals, constructed by Gambrell and her team, to educate and inspire young minds into making the right decisions for their life.

“I teach classes in six schools, four high schools and two middle schools,” Gambrell said. “One school has the class during the day and in the other five schools, the class is after school, approximately ten classes weekly.” The children are the ones making the commitment to want more out of life. Gambrell’s program is completely voluntary and the students are the ones who choose to spend the time after school to commit to change their future. “It’s such a joy to see them as they grow, heal and become part of a mission to help other children and know that they are not doomed to go to the penitentiary even if everybody in their family is incarcerated,” Gambrell said.

“Unfortunately, most of our parents never appear after their release from prison,” Gambrell said. “A lot of times, they go back within six months, relapse on drugs or alcohol or begin new relationships with others and begin taking care of someone else’s children.”

NMV supports the caregivers who have custody of the children and provide a variety of services to the children and their families. “It is amazing what we have accomplished with so little. What if we really had what we needed? What greater things could we do?” Gambrell said. Despite, highs and lows Gambrell has never lost her focus or will to make a difference.

Gambrell recognizes her daughter as the most precious and important support system that she has. “She is so compassionate and loving and was actually born into being a part of the mission,” Gambrell said. McKenzie Hart, Gambrell’s daughter, is a nurse by profession and as Gambrell says, " a true treasure to the universe.”  Many of the children involved with NMV consider McKenzie their big sister.

Gambrell is committed to insuring that children are heard and continues to spread the message that the incarceration of one or both parents does not doom children to the same life.

“I am inspired by the their ability to survive, their brilliance and their compassion for other children. For me, I am exactly in the right place and my commitment is for a lifetime,” Gambrell said.

“I am grateful that they have allowed me to be part of their lives and I am so honored that they are a part of mine,” Gambrell said. There is no doubt that Gambrell has changed the lives of thousands and is the reason why so many people have had a fighting chance at life.

If you're interested in learning more about No More Victims Inc visit: www.nomorevictimsincglobal.org