In his autobiography Total Recall, Arnold Schwarzenegger talks about his climb to fame and his deepest darkest secrets. 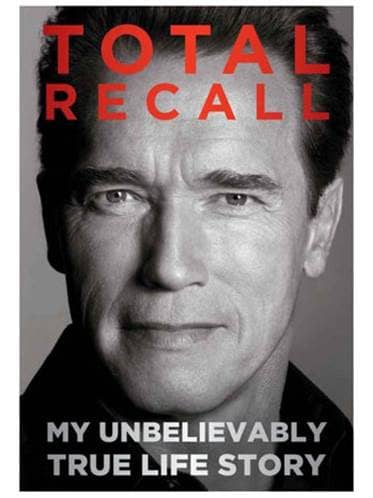 “I always wanted to be an inspiration for people, but I never set out to be a role model in everything,” Arnold Schwarzenegger said in his autobiography Total Recall.

You can call it naïve or negligence but celebrities know that when they embark on the lime light, they are destined to live an open book. The only way not to be viewed as a role model is to hang up your star and retire from the gig because society, along with the paparazzi, will make it your duty to be looked up to.

Arnold starts out from the very beginning, growing up poor in Austria, his dream of coming to the United States and becoming famous. He talks about becoming Mr. Universe and the things that he had to learn to become a professional body builder. As an immigrant, Arnold struggled to learn the English language and make a life in a place that was completely new and strange to him. He is very candid about his struggles to get accustom to the culture and his climb to fame in Hollywood.

He discusses his heart valve transplant and how his political proposition came about. Arnold talks about giving up the Hollywood life, so he could pursue politics and make a difference in the state of California.

Throughout the book, Arnold discusses his characteristics and personality. “I’ve used secrecy – and denial – to cope with difficult challenges, like when I wanted to keep my heart surgery to myself and pretend it was just a kind of vacation,” Arnold said in his book.

He recognizes his insecurity of being secretive as issues that he’s tried to work on throughout his life. In his book, Arnold even justifies his need to be secretive as part of the reason why he hid his affair and son from Maria and his family.

All in all, Arnold takes complete blame for his affair and says in his book that he hopes to be a complete family again in the future. He wants to bring the family together again and he has told his children that he will never give up.

After reading the book or hearing the latest about Arnold’s affair with his maid, one would inquire if the title is positive or negative. Is the book giving a “total recall” about his life or is it proposing that the recent events in his life have reached a “total recall” status.