Pat Conroy is considered to be one of the leading authors of the late 20th century Southern literature. 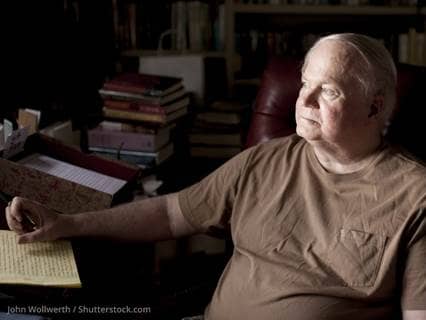 New York bestselling author, Donald Patrick “Pat” Conroy, died March 4, 2016. Conroy is best known for his novels “The Prince of Tides” and “The Great Santini” – both were made into Oscar nominated films. Conroy is considered to be one of the leading authors of the late 20th century Southern literature.

Conroy is the eldest of seven children and throughout his time in the spotlight he voiced his rough upbringing. His father was a Marine Corps fighter pilot and was physically and emotionally abusive towards his children. Conroy expresses the pain he suffered, within the harsh environment, throughout his novels. As an adolescent, Conroy emerged himself into basketball and allowed the sport to become his main outlet for bottled up emotions that he harbored throughout the years.

His first book, “The Boo”, is a collection of anecdotes about life as a cadet centering on Lt. Colonel Thomas N. Courvoisie. Conroy paid to self publish the book and borrowed from the bank. After graduating from The Citadel, Conroy married and began teaching in South Carolina. Being a teacher didn’t work out and later Conroy wrote “The Water is Wide” – a book based on his experiences as an educator. The book won Conroy a humanitarian award from the National Education Association and the film was made into a feature film Conrack in 1974 starring Jon Voight.

Conroy would go on to publish other books and in May 2013 he was named editor-at-large of Story River Books. His last book was a memoir called “The Death of Santini” – which recounts the difficult relationship he shared with his father up until his father’s death in 1998.

Despite his dysfunctional family life, Conroy used the negative within his life to become a master storyteller and prove to others that anything can be overcome. Nan Talese was Conroy’s editor for 35 years. Talese told NPR, “His incredible sense of empathy with people. …I think that his books influenced a lot of people because he was so open and honest. And it really struck their hearts.”