In his book The Way of the Fight, UFC athlete Georges St Pierre talks about being bullied and how it helped him become a stronger man. 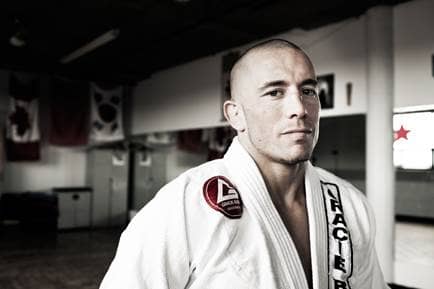 “I wasn’t always the strong one. Fear made me.” Those are the words from one of the best professional fighters in the world today. Georges St Pierre is a world renowned fighter in the Ultimate Fighter Championship league which is composed of athletes all around the world. However, when you remove the brave exterior and fighting attire – you are left with a man who didn’t allow bullying to take over his life and destroy his dreams.

St Pierre’s book The Way of the Fight is different from other autobiographies; anyone could pick up the book and apply St Pierre’s words of wisdom to their everyday life. Even though the book discusses St Pierre’s career and his training regiment, at the core it is a self-help book for anyone willing or wanting to achieve their goals. St Pierre wants to pass on his knowledge to others and give everyone the groundwork to make their dreams come true.

“Everything I have done has led me to this path in my life. Even the obstacles that stood in my way,” St Pierre said. “Whatever I do, I do it with a hundred percent and without distractions.”

The world class athlete believes that it is imperative to continue to educate yourself and apply your new discoveries towards life. “I put myself into as many learning situations as possible,” St Pierre said. “When I see something new that I think I’ll like, I research it and see if and where I can fit it into my life.” There are an endless amount of opportunities that can change your views and enhance your quality of life. It’s just up to you to make the difference.

In order to accomplish your dreams, St Pierre believes that you must write a plan, figure out your main goal, determine the smaller goals that you’ll need to accomplish and then establish a routine that will improve your skills. Use your insecurities as inspiration. Bullying became St Pierre’s motivating force and helped him stay focus on the big picture.

The Way of the Fight does the same; the book gives readers hope and the foundation for the future. Instead of allowing bullying to destroy his life and take over his dreams – St Pierre utilized his fear to make him a stronger person.

Despite the tough exterior and championship fighting belt that St Pierre showcases, he’ll admit “I’m always afraid.” However, St Pierre understands that fear is part of life and he uses that fear every day to be a better athlete, son, writer and overall person. “I’m afraid that I won’t know the answer and that I won’t be successful. All of it makes me the man that I am and a better man overall,” St Pierre said.

For more information on The Way of the Fight click here.