Books that Shed Light on the Holocaust

The Nazis killed two-thirds of Jews living in Europe. Those who escaped and survived remind us through the written word that we should never forget the sins and bloodstains of the past. 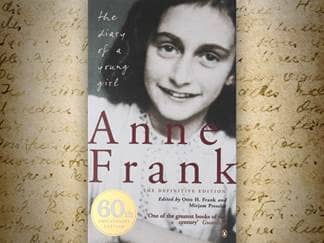 Over 70 years ago the Holocaust claimed the lives of 11 million people after Hitler took power in 1933. Of these victims were children, the disabled, the elderly, and gays. There were also gypsies, pastors, ending interracial marriages and the sterilization of black children. The reasons behind these despicable actions were to create a master race.

The leader and murder wanted a master race that would control the world after conquering Europe. The idea was if this Aryan race took the helm that Germany would become more fruitful and successful. The Nazis killed two-thirds of Jews living in Europe. Those who escaped and survived remind us through the written words that we should never forget the sins and bloodstains of the past.

The Diary of Anne Frank was kept by Anne during a two year period as her family was hiding from being captured by the Nazis. The family was captured and she was sent to Bergen-Belsen concentration camp in Northern Germany.

Frank died of typhus, but her diary of letters went on to be published of her family’s experience in over 60 languages, and was first published in English in 1952. Her diary was her only true friend for the teen. “It's really a wonder that I haven't dropped all my ideals, because they seem so absurd and impossible to carry out. Yet I keep them, because in spite of everything I still believe that people are really good at heart. I simply can't build my hopes on a foundation consisting of confusion, misery and death,” she wrote.

Corrie ten Boom's The Hiding Place rescued Dutch Jews from the Gestapo by sheltering them during the Holocaust. She was sent to Ravensbruck prison camp and sentenced to death. What saved her was a clerical error that helped her when all women her age were exterminated. She traveled around the world after the war to open rehab centers to help other survivors, and to teach others to forgive.

The Hiding Place was published in 1971 to share the remarkable testimony of God showing up in the darkest places and detailing the Jews her family hid during this dark period in history. “Do you know what hurts so very much? It's love. Love is the strongest force in the world, and when it is blocked that means pain. There are two things we can do when this happens. We can kill that love so that it stops hurting. But then of course part of us dies, too. Or we can ask God to open up another route for that love to travel.”

The Boy in the Striped Pajamas was published in 2006 by Irish author John Boyne. It was a fictional book based on the son (Bruno’s) of a Nazi commander and a Jewish boy (Shmuel) in a concentration camp. Shmuel enlists his friend to help find his father, and Bruno goes undercover to enter the concentration camp to make this happen. The story touched a nerve and was reminder the Hitler didn’t care if his regime killed children and the helpless.

Elie Wiesel’s autobiography Night was about his time at the concentration camp with his father at Auschwitz and Buchenwald after Hitler infiltrated Hungary.

His book, Night, was published in 1960 and explored the terror he witnessed as a teen. His family was marched into cattle cars and the men and women were separated upon reaching the camp. Those who were selected to the right were gasses and those to the left were sent to work camps. After the war he’s worked to end anti-Semitism through education, and shared that the rise of Hitler could’ve been averted.

“For the survivor who chooses to testify, it is clear: his duty is to bear witness for the dead and for the living. He has no right to deprive future generations of a past that belongs to our collective memory. To forget would be not only dangerous but offensive; to forget the dead would be akin to killing them a second time,” he wrote.

Wiesel won the Nobel Peace Prize 1986.  Many we never forget this time in history, and be mindful and advocate that it will not be allowed again.