The poet Ka journeys by bus to the city of Kars during the beginnings of a snowstorm.

He'd boarded the bus from Erzurum to Kars with only seconds to spare. He'd just come into the station on a bus from Istanbul-a snowy, stormy, two-day journey-and was rushing up and down the dirty wet corridors with his bag in tow, looking for his connection, when someone told him the bus for Kars was leaving immediately.

He'd managed to find it, an ancient Magirus, but the conductor had just shut the luggage compartment and, being "in a hurry," refused to open it again. That's why our traveler had taken his bag on board with him; the big dark-red Bally valise was now wedged between his legs. He was sitting next to the window and wearing a thick charcoal coat he'd bought at a Frankfurt Kaufhof five years earlier. We should note straightaway that this soft, downy beauty of a coat would cause him shame and disquiet during the days he was to spend in Kars, while also furnishing a sense of security.

As soon as the bus set off, our traveler glued his eyes to the window next to him; perhaps hoping to see something new, he peered into the wretched little shops and bakeries and broken-down coffeehouses that lined the streets of Erzurum's outlying suburbs, and as he did it began to snow. It was heavier and thicker than the snow he'd seen between Istanbul and Erzurum. If he hadn't been so tired, if he'd paid a bit more attention to the snowflakes swirling out of the sky like feathers, he might have realized that he was traveling straight into a blizzard; he might have seen at the start that he was setting out on a journey that would change his life forever and chosen to turn back.

But the thought didn't even cross his mind. As evening fell, he lost himself in the light still lingering in the sky above; in the snowflakes whirling ever more wildly in the wind he saw nothing of the impending blizzard but rather a promise, a sign pointing the way back to the happiness and purity he had known, once, as a child. Our traveler had spent his years of happiness and childhood in Istanbul; he'd returned a week ago, for the first time in twelve years, to attend his mother's funeral, and having stayed there four days he decided to take this trip to Kars. Years later, he would still recall the extraordinary beauty of the snow that night; the happiness it brought him was far greater than any he'd known in Istanbul. He was a poet and, as he himself had written-in an early poem still largely unknown to Turkish readers-it snows only once in our dreams.

As he watched the snow fall outside his window, as slowly and silently as the snow in a dream, the traveler fell into a long-desired, long-awaited reverie; cleansed by memories of innocence and childhood, he succumbed to optimism and dared to believe himself at home in this world. Soon afterward, he felt something else that he had not known for quite a long time and fell asleep in his seat.

Let us take advantage of this lull to whisper a few biographical details. Although he had spent the last twelve years in political exile in Germany, our traveler had never been very much involved in politics.

His real passion, his only thought, was for poetry. He was forty-two years old and single, never married. Although it might be hard to tell as he curled up in his seat, he was tall for a Turk, with brown hair and a pale complexion that had become even paler during this journey. He was shy and enjoyed being alone. Had he known what would happen soon after he fell asleep-with the swaying of the bus his head would come to lean first on his neighbor's shoulder and then on the man's chest-he would have been very much ashamed. For the traveler we see leaning on his neighbor is an honest and well-meaning man and full of melancholy, like those Chekhov characters so laden with virtues that they never know success in life. We'll have a lot to say about melancholy later on. But as he is not likely to remain asleep for very long in that awkward position, suffice it for now to say that the traveler's name is Kerim Alakusoglu, that he doesn't like this name but prefers to be called Ka (from his initials), and that I'll be doing the same in this book. Even as a schoolboy, our hero stubbornly insisted on writing Ka on his homework and exam papers; he signed Ka on university registration forms; and he took every opportunity to defend his right to continue to do so, even if it meant conflict with teachers and government officials. His mother, his family, and his friends all called him Ka, and, having also published some poetry collections under this name, he enjoyed a small enigmatic fame as Ka, both in Turkey and in Turkish circles in Germany.

That's all we have time for at present. As the bus driver wished his passengers a safe journey as we departed Erzurum station, let me just add these words: "May your road be open, dear Ka." But I don't wish to deceive you. I'm an old friend of Ka's, and I begin this story knowing everything that will happen to him during his time in Kars.

After leaving Horasan, the bus turned north, heading directly for Kars. As it climbed the winding road, the driver had to slam on the brakes to avoid a horse and carriage that had sprung up out of nowhere on one of the hairpin bends, and Ka woke up. Fear had already fostered a strong fellow feeling among the passengers; before long, Ka too felt at one with them. Even though he was sitting just behind the bus driver, Ka was soon behaving like the passengers behind him: Whenever the bus slowed to negotiate a bend in the road or avoid going over the edge of a cliff, he stood up to get a better view; when the zealous passenger who'd committed himself to helping the driver by wiping the condensation from the windshield missed a corner, Ka would point it out with his forefinger (which contribution went unnoticed); and when the blizzard got so bad that the wipers could no longer keep the snow from piling up on the windshield, Ka joined the driver in trying to guess where the road was.

Once caked with snow, the road signs were impossible to read. When the snowstorm began to rage in earnest, the driver turned off his brights and dimmed the lights inside the bus, hoping to conjure up the road out of the semidarkness. The passengers fell into a fearful silence with their eyes on the scene outside: the snow-covered streets of destitute villages, the dimly lit, ramshackle one-story houses, the roads to farther villages that were already closed, and the ravines barely visible beyond the streetlamps. If they spoke, it was in whispers.

So it was in the gentlest of whispers that Ka's neighbor, the man onto whose shoulder Ka had fallen asleep earlier, asked him why he was traveling to Kars. It was easy to see that Ka was not a local.

"I'm a journalist," Ka whispered in reply. This was a lie. "I'm interested in the municipal elections-and also the young women who've been committing suicide." This was true.

"When the mayor of Kars was murdered, every newspaper in Istanbul ran the story," Ka's neighbor replied. "And it's the same for the women who've been committing suicide." It was hard for Ka to know whether it was pride or shame he heard in the man's voice. Three days later, standing in the snow on Halitpasa Avenue with tears streaming from his eyes, Ka was to see this slim handsome villager again. 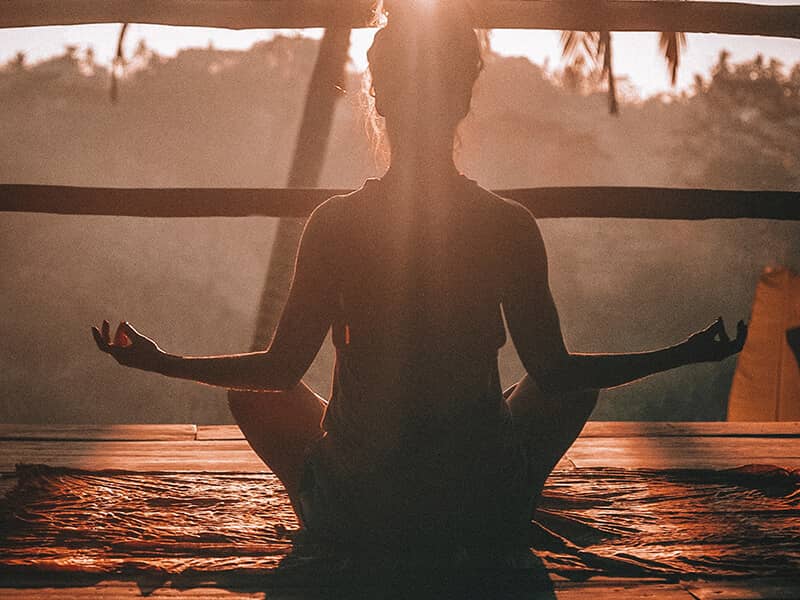 5 Bible Verses on Wellness Every Christian Should Know