In his book The Yankee Way, Randolph discusses his life in baseball – from playing, coaching to his family. Randolph leaves no stone unturned. 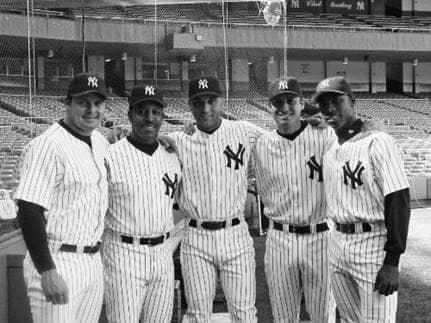 There are some athletes who are more than players in the game - they’re individuals who give the game a new found meaning. They engage viewers who are not normally fans, they inspire people who are struggling and they instill a sense of hope in the hopeless. Willie Randolph is one of those players.

Having grown up in Brooklyn, Randolph always loved baseball and was a Yankee before he put on the uniform. “I didn’t really know the magnitude until I walked in to the club house. It didn’t hit me until I walked into the stadium. I understood from day one that I was part of something very special. You knew the responsibility,” said Randolph.

In his book The Yankee Way, Randolph discusses his life in baseball – from playing, coaching to his family. Randolph leaves no stone unturned. “There were always obstacles. Baseball and sports in general is a competitive undertaking. Have to have a tough skin,” said Randolph.

Obstacles are part of life and Randolph believes that all athletes go through tough times. “There are many people that get in your way of progress. I went through a lot of rejection with coaching but I preserved,” said Randolph. But he reiterates that no matter how rough times are, “Don’t give up your dreams and understand that the good Lord gives you a talent. Dream and aspire to be the best you can be.”

In The Yankee Way, Randolph talks about leaving the game as a player. “It was tough. I probably could have played another year or two. I wanted to continue to continue to play every day but my injuries were creeping up on me,” said Randolph. He turned to his family and made the decision to retire – at least as a player.

“I would find myself in the front office and kept looking out on the field and felt like I could put forward my wisdom,” said Randolph. That’s when he made the decision to coach. Randolph wanted to help other baseball players reach their potential and guide them through their trials and tribulations.

Randolph says that the biggest challenge that he faced as a manager was earning the trust of the players and the organization. “You have to try to change the culture and get them in the right direction. A lot of coaching is learning on the job,” said Randolph. Throughout his career, Randolph had the pleasure to encounter many inspirational greats that helped shape him as a person and an athlete – ultimately Randolph wants to continue the chain of inspiration and guidance.

No matter if you’re a baseball fan or not, you’ll love The Yankee Way.