Who is Little Boy?

Jakob Salvati is a director, Sunday school teacher, singer, and all around cool kid. 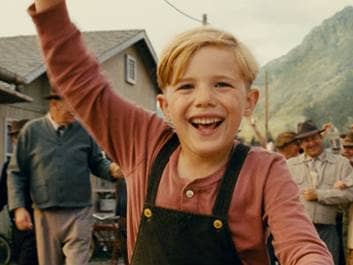 Jakob Salvati is a director, Sunday school teacher, singer, and all around cool kid.

The blond and blue-eyed 11-year-old handles his interviews on “Little Boy” flawlessly while his mom, sister, and new baby girl wait outside on the terrace in Beverley Hills.

One of seven kids, Jakob has a ton of support.

His sister, also an actress, was brimming about how smart her brother is.

Taken back, as many of us don’t recall being that supportive or loving towards a sibling, it was remarkable.

Keeping everyone as a family in Hollywood is a huge undertaking, but having a father who is a pastor, having meals together, and living outside Hollywood in Norco, Calif. is working.

Nicknamed Little Boy due to his height, the father and son share epic adventures together (The pirate ship scene is Jakob’s favorite).

But he also understood that the most powerful weapon was not magic, but faith.

Then Pepper heard a sermon that inspired him to move mountains.

The priest then gives Pepper a list to be kind, stand against racism, and befriend an elderly Japanese man Hashimoto, shunned from the small town since many resented the Pearl Harbor war.

Pepper accomplished this and more, while captivating the town, as it will for you.

Salvati experienced his own personal growth like his character in “Little Boy.”

“I learned that all things are possible with God,” said the son of Pastor Bruce Salvati.

“He’s amazing and does everything for you. He’s given you your life, and He’s given His life for you.”

Salvati started working on “Little Boy” at seven, but this was after writer and director Alejandro Monteverde auditioned over 1,000 children.

Jakob was sitting in the lobby while his brother was auditioning for the part.

During the break Monteverde spotted Jakob and they laughed at each other and there was an instant connection.

The director insisted that he play the title role.

“He had those qualities because he was just being himself.”

The attention of “Little Boy” is different.

“You feel that you’re at the center of attention. You feel privileged to be there, and I know I was privileged and very fortunate to get this role. We can use the set to spread the word of God.”

With the support of a solid family, and his focus on God--Salvati sets a new standard in Hollywood.