What it Means to Live the Dream

Last September, fans of Christian writer and speaker, Jon Acuff were shocked when they visited his forum on financial guru Dave Ramsey’s website.

Last September, fans of Christian writer and speaker, Jon Acuff were shocked when they visited his forum on financial guru Dave Ramsey’s website. The page read , “Page no longer exists. Regrettably, Jon Acuff has resigned from the Dave Ramsey team. This takes us as much by surprise as it does to you. We wish Jon all the best." The ominous tone left to wonder what happened and to speculate the worst. I recently had the good fortune to speak to Acuff over the phone to get the full scoop. Here is what I found out:

Acuff rose out of obscurity years ago when he began the blog Stuff Christians Like, a site dedicated to the satire of the curious things that Christian do and why. After many entries, he was able to compile of bunch and produce his first book of the same name in 2010. “Like a satirical grenade, Acuff brings us the humor and honesty that galvanized more than a million online readers from more than 200 countries in a new portable version. Welcome to the funny side of faith,” says the back of the book.

The book was a hit, but not enough of one for Acuff to be able to leave his miserable office job. However, it did get the attention of Mr. Ramsey. Acuff wrote about his frustrations in his next book, Quitter: Closing the Gap Between Your Day Job & Your Dream Job. “Have you ever felt caught between the tension of a day job and a dream job? That gap between what you have to do and what you'd love to do? What if you could blow up your dream without blowing up your life?” 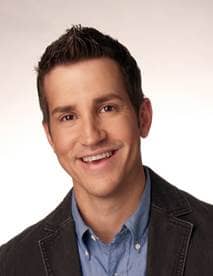 Quitter gives practical answers to a somewhat unpractical situation that ultimately led him to his dream job working for Dave Ramsey. He quickly released his second book, Gazelles, Baby Steps and 37 Other Things Dave Ramsey Taught Me about Debt. The book pokes fun and celebrates “all things Dave Ramsey.” He followed that up with Start: Punch Fear in the Face, Escape Average and Do Work that Matters in 2013, a book that “reveals the steps to getting "unstuck" and back onto the path of being awesome.”

Acuff had become a New York Times bestselling author of four books; he toured the country speaking regularly. He had achieved his dream job in what he described as the “three of the greatest years of our professional life.” This match, supposedly made in heaven, suddenly came to an end. He followed up the news on his Facebook page stating that he was not fired, that it didn’t having anything to do with a moral issue, and that it wasn’t an issue of money. In addition, he stated that he was not chasing the next big thing on the horizon.

So, what did happen? Enquiring minds and nosy Christians want to know.

“Sometimes people get disappointed when they ask, ‘What’s the next big thing?’ and I go, ‘I’m really seeing my family because I was traveling 120 days a year and now I’m not.” He thinks for a moment and then continues, “I didn’t realize how much of an entrepreneur‎ I was. The challenge of working with Dave Ramsey is that he makes you want to be an entrepreneur. That guy hustles and teaches on entrepreneurism all the time.”

Not one for sitting still for too long, Acuff said that he never wanted to get to a point in life where he was writing books and giving speeches on how to be risky, when he wasn’t being risky himself. “I thought, what’s my risk?

I work at an amazing company with 350 awesome people. I felt like I wanted to give entrepreneurism a try. I personally believe that it is the best time to be out on your own, so, here we are.”

And so, where are you? What exactly are you doing these days?

“Well, I will do another big book release and my wife will release a book this April. The blogs are ten times the size that they ever were, so I’m starting to figure out the audience and I’m starting to do a lot more consulting and coaching.” Acuff has become somewhat of social media expert as his blog is read by about 4 million people and he has close to about 200 thousand Twitter followers. “Everyone from companies to individual authors will ask ‘How do we grow a message in a disconnected world? How do we figure out how to stand out when there are 150 million results for the thing we care about?’ So we’re figuring things out.”

Going on 13 years now, Acuff is happily married to Jenny and lives in Nashville with their two elementary school-aged daughters. Things are settling down a bit, but he’s still dreaming. This has given Jenny motivation to write her own book, “How to Be Married to a Dreamer,” in which she will self-publish in April of this year. Given the success that Jon has had with his own books, I questioned why they would self-publish Jenny’s book. The reason is simple – Jenny is not same as Jon. Whereas Jon enjoys the process of speaking gigs and book signing tours, Jenny would say that that sounds horrible. She is often asked, “We know about Jon’s dream. Do you have a dream?” and it bugs her because it makes her feel that being a mom can’t be enough. She doesn’t want all the attention.

Acuff tells me that How to Be Married to a Dreamer is really about how to dream in the context of a marriage. “We see a lot of marriages end in divorce because they don’t know how to dream together.” He explains that it is common for a couple to focus all of their attention on their children, a bridge he calls them, and not on each other. “They have one bridge and when the bridge goes out, so does the marriage.”

He also iterates that the book is not for wives - it is for spouses. He says that some spouses are invisible when they should be part of the team. He and Jenny have had their own experiences with this. “I would make decisions and I would tell her about them afterward. [I would say, ‘Oh, hey – I’m going to quit this job.’ and she would say, ‘We’re a team. Why didn’t I get to speak into that?’ and I would be like, ‘What are you talking about?’ For some marriages, the wife [or the husband] only gets to be the cheerleader. Any feedback that isn’t ‘You’re amazing!’ is taken as ‘You’re not supporting me! Why are you trying to make me fail with your horrible negative words?’ You don’t get your ‘whole’ spouse in that. When it comes to marriage and dreaming, one plus one doesn’t equal two. It equals like a billion.”

“Jenny is my writing partner. That’s where we’re at. And it’s taken a long time to get there. Not because of her – but mostly because of me. [She is able to tell me], ‘That’s way too safe’ or ‘you haven’t found your voice yet.’ When we decided to move to Nashville, we decided together. Our work and career paths – we decided them together. Did it take a long time? It did.”

Do you ever receive any negative feedback from your “Stuff Christian’s Like” blog?

“No, I’m the one Christian author who doesn’t. No, of course I do. Part of it is that I think people mistake satire for mockery and they are very different. The Bible is very clear about mockery and God’s opinion of it. Satire’s goal is to share a truth; mockery is to cause a wound. Satire talks about an idea, mockery talks about an individual. There are enough jerk blogs by Christians on the internet and I don’t need to be another one. There are people who are writing to work through the hurt that they experienced at the hand of a church and they might act back out of hurt. I had a good church experience. I loved my dad’s church. So, I’m not trying to beat up anyone.”

That doesn’t mean that Acuff isn’t afraid to speak his mind. “The idea of trying not to offend anybody is a horrible goal for writing. There are going to be some that are going to be offended. That’s okay. There are times when I don’t handle it well, usually when my wife is not around, and she’s not there to say, ‘Don’t be a jerk.’ I want to be true. I try to write so that folks like you and I can [say] ‘That’s the language. ’ I think the big difference for me is that we’re on the inside of the circle. I think sometimes I get ‘hated on’ because Christians have been the unfair butt of lazy comedian jokes. I have to say, “No, no, no, no…I’m with you!”

What do you think people’s biggest misunderstanding is about who Jon Acuff is?

“I’m an introvert. I think people read the tweets and hear the speeches and stuff and assume that I’m an extrovert, but I’m really pretty introverted. I have to force myself to schedule meetings all day on Fridays, but if I had my druthers and wasn’t married, I would stay home and write until I died probably. I’m a stay-at-home guy. I like to write and be quiet so, I think people are surprised by that.”

What is your biggest pet peeve with other Christians?

“Jesus Jukes are probably my biggest pet peeve. It doesn’t change people’s lives when you shame something that they enjoy. Jesus didn’t do that. You know?” He goes on to explain about a Christian tract that looks like a $10 bill on one side, but when you turn it over, it reads, “Disappointed?” and then continues to try to reach the unsaved. “I don’t think that there is any non-believer that goes ‘You know, I am disappointed, but let’s keep reading.’ They don’t want to be tricked into Jesus’ arms. I don’t like it when we do Jesus “drive byes” and we just spray people down with Jesus. I always tell people ‘don’t witness to someone whose last name you don’t know.’ Your soul and the destination of your eternal life should be very intimate. I think that [witnessing] a great relationship thing. I just think that we need to be careful and smart with that stuff.” 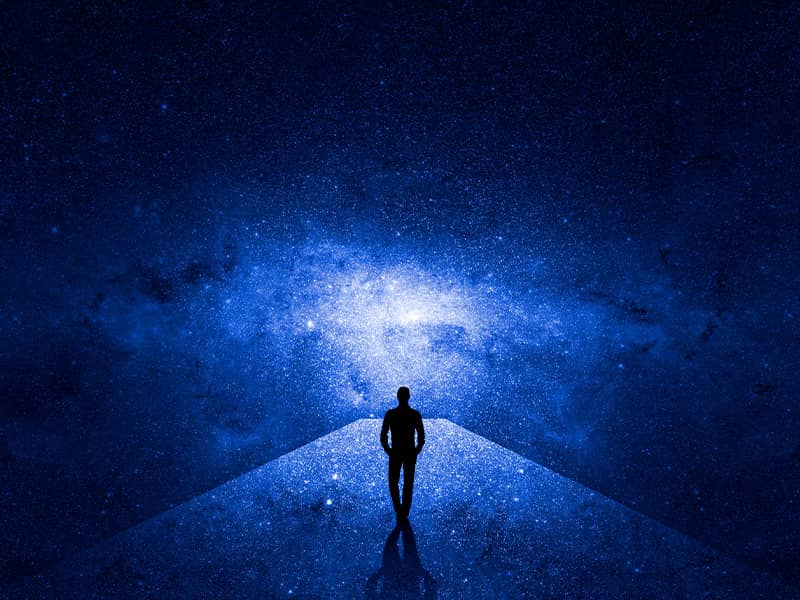 What the Bible Really Says About Dreams and Visions