What Could Have Been: The Roles Leonardo DiCaprio Turned Down

You'll be surprised, shocked even, to find out which roles Leonardo DiCaprio turned down. 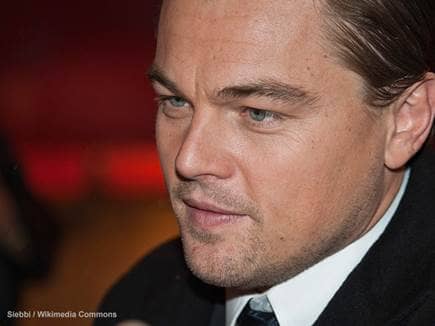 Leonardo DiCaprio is hands down one of the most talented actors in Hollywood. With major motion pictures such as Titanic, Catch Me If You Can, Blood Diamond, The Departed, Inception and The Wolf of Wall Street there is no doubt that Mr. DiCaprio has made a name for himself in the entertainment biz. Yet, despite his fame, fortune and success you’d be very surprised to discover the roles that he turned down – some of them even before his achievements became so prevalent.

Jobs – DiCaprio was the lead contender for the biopic on Apple’s founder Steve Jobs. After he respectfully bowed out of the contention, Ashton Kutcher was awarded the role.

Boogie Nights – The leading role of Dirk Diggler was originally offered to Leo but he decided to take a leap of faith and star as Jack in Titanic instead – good choice DiCaprio! Mark Wahlberg ended up being casted in the role and is now one of Wahlberg’s most known films.

American Psycho – Due to scheduling conflicts, Leo had to drop out of the role as Patrick Bateman. Christian Bale took the on the role instead.

The Matrix – It’s hard to imagine the role of Neo being played by anyone other than Keanu Reeves, right? The Matrix trilogy brought Reeves a ton of success however; Leo was originally offered the role of Neo and ended up turning it down because he was reportedly concerned that there were going to be too many special effects.

Spider Man – Can you imagine Peter Parker aka Spiderman being portrayed by Leo? Neither can we. After turning down the role Tobey Maguire, who just so happens to be DiCaprio’s childhood friend, accepted the offer to be the next web slinging superhero.

Hocus Pocus – Everyone remembers and loves the Halloween movie Hocus Pocus. With Bette Midler, Sarah Jessica Parker, Thora Birch, and Kathy Najimy who would turn down the role of Max Dennison? Well, that would be Mr. DiCaprio. After reading for the part of Max, Leo decided it wasn’t a fit and Omri Katz ended up taking the part.

Angels and Demons – After working with him on the film Catch Me If You Can, Tom Hanks personally offered the role of Camerlengo Patrick McKenna to Leo. However, he ended up turning the role down and Ewan McGregor was eventually casted instead.

Inglorious Bastards – Director Quentin Tarantino sought out Mr. DiCaprio to play the role of Nazi Colonel Landa however, Leo respectfully declined the part. Christopher Waltz ended up being casted and has received many awards and accolades for his menacing portrayal.

The Dreamers – Leo was offered the role of Matthew but he decided to star in The Aviator instead. Michael Pitt was later given the role.

Cold Mountain – Jude Law played the role of Inman but before his acceptance Leo was offered the role.

Batman Forever – Many proclaim Batman Forever as one of the worst Batman movies. With that in mind, it’s probably a good thing that Leo declined the sidekick role of Robin. Chris O’Donnell ended up playing the part.

Interview With a Vampire – After River Phoenix died, the part of the interviewer became open. Leo was approached to play the part but Christian Slater ended up taking the role instead.

Star Wars: Episode II – Attack of the Clones – Darth Leonardo DiCaprio?! Yes, Star Wars fans it very well could have been a possibility – the talented Leo was offered the part of Anakin. However, DiCaprio declined and the role was awarded to Hayden Christiansen.

The Talented Mr. Ripley – Before Matt Damon was casted in the titular role, Leo was considered to play the character.

Very interesting, huh? What could have been but never was. With a long list of declines, there’s no doubt that Leonardo DiCaprio has became successful despite turning down roles as Neo, Anakin and Spiderman.