The Secret History of Walden Media 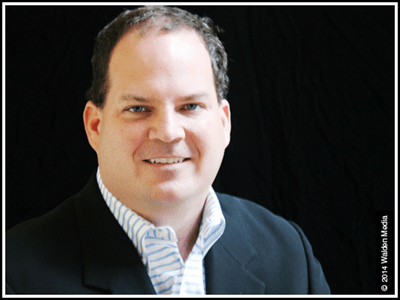 The most important thing in life is having faith. One of my favorite verses is Hebrews 11:1 which says, “Now faith is confidence in what we hope for and assurance about what we do not see.” I would like to say that everything that I do is empowered by God’s purpose for my life, but it’s not always that clear and simple. However, I can say that I base my decision-making and the investment of my time and efforts at work in my faith.

I became a Christian after the Columbine shootings in 1999. After those two students walked into their school with shotguns and murdered their classmates and teacher I didn’t know what to do. I didn’t know how to react and I started reading these stories about these girls who were killed because they said they believed in God.

I realized that I’d been going to church my entire life and I didn’t have that same commitment and same faith as one of these high school girls. I really felt like the Holy Spirit, who I’ve heard about all my life at church, really came into my life and told me that I needed to reset my priorities and make God first in my life. On Walden Media

My success can only be attributed to God and my wonderful wife and family, as well as the best teammate in the world, my brother Chip Flaherty and the man who made it all happen, my college roommate, Cary Granat.

I’ve always been passionate about education reform and access and spent a few years after college trying to help kids successfully test into Boston’s public school exams. I saw that the icebreaker with kids always came down to TV and movies and that this was a catalyst that could be leveraged to help kids learn. I began dreaming of a way to bring family-oriented stories to life through film and teamed up with my former college roommate to see if we could turn that into a reality. For a while, we couldn’t get anyone to fund this company we were in the process of creating, but we eventually got a meeting with Philip Anschutz who ended up embracing the vision of creating positive, uplifting films and ended up signing on.

The movie adaptation of Lois Lowry’s book, The Giver was a long time in the works! Jeff Bridges optioned the film in 1995 and I am a firm believer in things happening at the right time. It took this many years to have the partnership with The Weinstein Company fall into place and for each person in the cast to be available.

Some insider notes about the film: One of our former interns, Julie Rapaport, works at the Weinstein Company and was influential in connecting Walden Media with The Weinstein Company. Internships pay off! In every meeting we had, Harvey Weinstein would have a dog-eared copy of The Giver to make it a faithful adaptation of the book. If the answer wasn’t in the pages of the book then he wouldn’t hesitate to call Lois to make it the most faithful adaptation possible. Jeff Bridges is the most thoughtful man we have ever worked with on a film.

Why I Make Family Movies

I love finding creative ways to help kids learn and engage with stories. Movies served as a common language, and time and time again, ended up being critical vessels in getting kids to engage with thoughtful material.

I tutored on Saturday mornings and I would always ask kids about what they did the night before. They would always say they watched a movie or television show. One week they told me they watched the movie Titanic, the second week they said they had watched it again, the third week they said they went to the museum to see an exhibit on the Titanic, and then the fourth week they told me they went to the library to get books about the fatal tale. When I heard that, I realized that stories could really have a profound influence on education and had the power to really change people’s outlook. Kids could start to see the application of the stories and could experience deeper meaning and connection to the names, dates, and facts.

Movies help kids become interested in, and thinking about, a story plot, and over time they end up feeling deeper for the characters, thinking more thoughtfully about the storylines. When the characters and stories are based off of books, then the hope is that if kids love the movie then they’ll end up reading the book. Ultimately, film can facilitate a deeper connection to the most beautiful things we can experience in our world.

Movies visually allow us to transport into another world while simultaneously following the stories of characters. They’re fun and accessible. Who doesn’t love movies?! I love the idea of kids watching The Giver and thinking about the story: One brave person who defies the person who is in control in order to save a baby. There’s so much kids can focus on in a movie…the setting, the characters, the lines and themes. Movies can build bridges and reflect our deepest held values. Stories can really change people’s outlook and kids can start to see the application it has for them.

Movies are another way to tell a story. Everyone has a story and our ability to share and understand one another’s stories help us establish connections wherever we go and can ultimately deepen the empathy we have for other people. I love how movies and the stories they tell can evoke a conversation and get people to think about the big ideas.

The Giver is the last book on my original list of books that I wanted to make into movies, so we will have to see where God leads me next—there is still a lot to do and a lot of room to impact the world through film.

Micheal Flaherty is President of Walden Media, the film production company behind: “The Giver,” “The Chronicles of Narnia” series, “Nim’s Island,” and “Charlotte’s Web.” Mike Nappa is an entertainment journalist at FamilyFans.com