The Power of the Cross in ‘Do You Believe?’

"As believers, I think that’s one thing about life is that we’re along for the ride,” -producer David A.R. White. 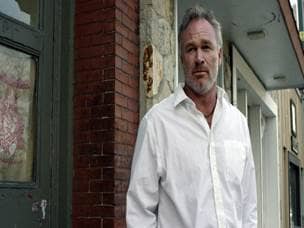 University of Oklahoma Sooner star and NFL linebacker turned actor Brian Bosworth was seen as a bad boy, someone hard to get along with, and controversial. An action-star in the 80s and 90s, Bosworth disappeared from Hollywood, he didn’t even know if he still had an agent, until he received Pure Flix script “Revelation Road,” a film about the rapture, and Bosworth played a ruthless leader of a biker gang. Bosworth wasn’t a believer and promoted the film as many do, and thought nothing of it. When screening the film to casinos in Oklahoma, he told them, he wasn’t sure where he would go if the world ended. There were pastors in the crowd, and the prayer of salvation later, Bosworth was renewed three nights later.

That was in 2013, and again he will team up with producer and founder of Pure Flix David A.R. White in a dramatic role in “Do You Believe?” released in theaters March 20th.

The film also stars Cybil Shepherd (Teri), Sean Astin, who plays an atheist physician, and Mira Sorvino (Samantha), and will follow different lives and struggles of real life issues like homelessness, depression, death and unbelief. The multiple storylines and interactions of people all have an effect on each other even if the encounter is brief. It’s a seed that is planted said Bosworth, 49.

“When I read the script itself I thought it was so powerful, and I always believed since I became a believer is the interaction we have a Christians is an essential part of spreading our faith,” said Bosworth, who stars a Joe. “It’s not a secret to be kept and held. It’s intended to be shared by and for everyone.”

Sometimes the journey is more pain than reward and in most cases pain is self-induced, and the actor just fell in love with the storyline, and where the characters and souls are coming from their own perspective of life.

As believers, I think that’s one thing about life is that we’re along for the ride,” said White. “Obviously there is so much pain, and so much stress on a daily basis. However, we’re free in the Lord and He’s said ‘Don’t let your heart be troubled… Rejoice always.’”

Ted McGinley plays a pastor who realizes that true belief requires action, and poses the questions that we all like to ignore. Will we unapologetically share our faith?

“Everybody comes to that place and time in their lives, and when I read the script each person’s moment of clarity was there.” White, who will be shooting GND2 in the summer, sees God’s hand at work.

“There are so many reasons to rejoice no matter where we are or what we do, it’s something that we as believers can all share.”