The Man Behind Magic Mike

Beyond the stripping, Magic Mike tells the story of a man whose finding himself by looking at himself through the other characters and identifying what directions he must go in order to fully change. 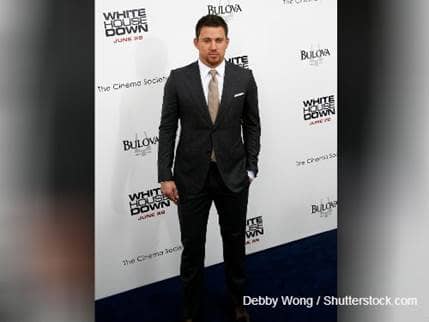 In the Hollywood realm, many have jokingly referred to the last three years as 'The Rise of Channing Tatum.' Since 2010, Tatum has acted in 21 films, of those 21 he has produced four, and 2016 and 2017 are looking like successful years for Tatum as he is currently filming Hail, Caesar! and set to produce and star in the upcoming superhero thriller Gambit. And just the other day, Tatum officially signed on to produce and possibly star in the book adaptation of Two Kisses for Maddy – by NY best-seller Matthew Logelin.

The movie is loosely based on Tatum’s short lived career as a stripper. After graduating from Tampa Catholic High School in 1998, Tatum went on to attend Glenville State College, in West Virginia, on a football scholarship. After attending a semester, Tatum didn’t feel like he was the school type so he decided to drop out. Throughout his life he struggled with dyslexia and ADD – while football served as a fun and therapeutic outlet, college was very difficult for Tatum to handle.

He returned home and worked odd jobs – one of them as a stripper at a nightclub where he performed under the name “Chan Crawford.” Tatum decided after several months that the scene wasn’t for him; he moved onto modeling and appeared in major campaigns for Abercrombie and Fitch, Nautica and Dolce & Gabbana. His modeling career helped give him perspective on what he wanted to do – while he was finally bringing in a steady paycheck, Tatum felt like modeling was too easy. He wanted to have a career that was more challenging. Tatum began auditioning for various acting gigs and eventually he landed bigger roles in mainstream films such as G.I. Joe: the Rise of the Cobra, Dear John and Step Up.

Throughout his acting career, Tatum has been very passionate about writing and producing films. When he discussed his idea to make a film about his experiences as a stripper with award winning director Steven Soderbergh - he immediately jumped aboard. The two were working on the film Haywire, where Tatum played a supporting role. In an interview with The New Yorker, Soderbergh recalled the conversation: “I asked him what he was working on. He told me about his project based on his recollections of being a stripper. I told him that it was really a good idea, that he shouldn’t wait, because, someone else will have it one of these days. At the time, he was working on it with another director. In the summer of 2011, he called me back to ask whether I was interested. I said yes, that we had to start shooting on September 1st, and that we were going to finance the film ourselves.”

Beyond the stripping, Magic Mike tells the story of a man whose finding himself by looking at himself through the other characters and identifying what directions he must go in order to fully change. There’s no doubt that Tatum has achieved an entrepreneurial dream with the success of Magic Mike – especially considering the hype and anticipation that is building up for Magic Mike XXL. The film is set to hit theaters July 1st.