Saget, widely known for his role as Danny Tanner on the hit show Full House, talks about his life and how humor has helped him get where he is today in his new book. 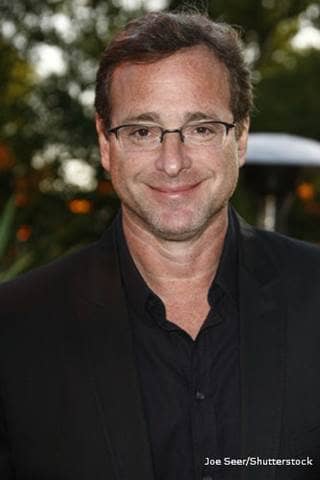 “There’s a time and place for humor – you usually can’t go wrong if you’re telling the truth and a lot of humor comes from the truth. If it’s done with no malice and it’s done with the pain in the moment then you don’t go through the risk of hurting someone,” said Bob Saget.

Saget, widely known for his role as Danny Tanner on the hit show Full House, talks about his life and how humor has helped him get where he is today in his new book Dirty Daddy. The title may turn readers off but it is play off of Saget’s comedy and role as father on and off of TV.

While he offers readers laughs, he also shares stories about his personal life. “I’ve learned to stay in the moment. There’s nothing premeditated that I have to do,” said Saget. While many may be turned off by the vulgar humor that Saget uses during his stand up comedy and his book, Saget is 100% real and doesn’t claim to be that sweet Danny Tanner always equipped with his dust buster.

“I don’t mind what people think because they don’t dictate my thoughts and feelings. The 180 character flip – I think that’s changing. I play any role. You don’t see characters like Full House anymore. Ultimately I just want to entertain people,” said Saget.

Saget’s new book talks about issues from deaths in his family to redefining his career from the cookie cutter dad to a more realistic persona of himself. “I’m a worker bee by nature. I cut deli meat while I was in film school and lived in an apartment with my parents. There is pride in it and there’s a feeling that you can’t knock someone down,” said Saget. “I want to inspire people, not to just tell my story and why I am me or who I am and why. I’m proud of the route that I took and trusted and I tried to have a positive attitude.”

And that’s exactly what Saget’s book does – it tells the story of his life and provides comic relief. You’ll be inspired by Saget because he’s relatable. He’s your average person – not some celebrity who mobilizes on their status but rather someone who has went through pain and the trials that life brings upon us. Through it all he made it and his book, while brutally funny, offers readers a sense of normalcy within their own life.

Saget says that he gets past the stereotypes by, “Staying in the moment.” There’s no premeditation to what he does, he lives his life to the fullest. Saget is self-made, no one handed him a silver spoon. His success and growth is a direct result of his hard work.

At the end of his book Saget quotes Mark Twain, “Keep away from people who try to belittle your ambitions. Small people always do that, but the really great make you feel that you, too, can become great.” As bizarre as some of the stories in Saget’s book may seem, he is still very proud of his life and has written a book about the bitter sweet reality of life and how you can make the most out of it.