The History Behind Everest

Mount Everest is the highest mountain in the world and has attracted a great deal of climbing enthusiasts over the course of many decades. 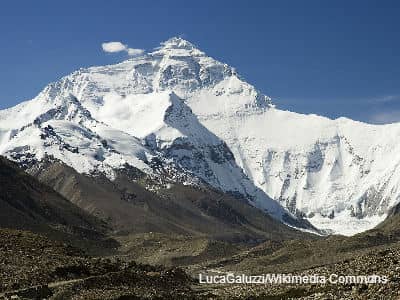 Everyone is intrigued and seduced by elements deemed to be unattainable or impossible. Thrill seekers want to push their mind and bodies to the extreme and tap into newfound strengths that only currently exist in within their daydream visions. Mother Nature is one of the biggest contributors to adventurers – Mount Everest being one of the biggest journeys available to man.

Mount Everest is the highest mountain in the world and has attracted a great deal of climbing enthusiasts over the course of many decades. Over time, a set of climbing routes have been established for climbing expeditions to the mountain. Even though other mountains are longer or have steeper climbs, Everest is so high that the jet stream can hit it. Climbers are faced with winds beyond 200 mph when the weather shifts throughout the year. These extremities can cause blizzards and avalanches to occur on the mountain. Thousands of people have and still continue to climb the famous mountain.

It wasn’t until documentation began to reveal climbs in the 1920s. In 1921 on the British Reconnaissance Expedition, George Mallory and Guy Bullock discovered the northern approach to the mountain. During their initial expedition the team was not prepared for the hellacious conditions and ended up descending once they reached 22,982 ft. Then in 1922, the British returned and George Finch along with Mallory attempted the climb again. Finch utilized an oxygen tank and became the first human to climb higher than 8,000 meters. During the expedition, Mallory was heavily faulted because he led the team down a line that caused an avalanche – seven people were killed. And in 1924, Mallory and climbing partner Andrew Irvine attempted the climb again however, neither man ever returned. Later in 1999, during a research expedition Mallory’s body was found.

The first successful ascent was made in 1953 led by John Hunt. Tom Bourdillon and Charles Evans were the first climbing pair that Hunt picked however, after two days of problems the mission was called to an end. Then Hunt picked a second climbing paid – Edmund Hillary and Tenzine Norgay. The duo made it and acknowledged the expedition as a true team effort. Once they reached the summit the two took photos and buried a few sweets and a small cross in the snow before they began their descent.

Mount Everest is known for its death zone. Climbers are usually forced to spend a substantial amount of time in the death zone. Temperatures can dip so low causing frostbite of any body part that is exposed to the air. In addition, temperatures are so low that the snow becomes completely frozen over causing a potential deadly threat to climbers. Another major threat is the low atmospheric pressure that results in the availability of only about a third as much oxygen to breathe. Since conditions are so terrible, it may take climbers up to 12 hours to walk the treacherous dead zone areas.

Despite the scientific studies that have been done about the limited air conditions, critics still scrutinize over whether or not oxygen tanks should be available or used during expeditions. It’s reported in 1978, Reinhold Messner and Peter Habeler are the first climbers to successfully climb the mountain without any supplemental oxygen.

The worst disaster, on Mount Everest, may very well be in 1996 when eight people were caught in a blizzard on the mountain. During that season 12 people died trying to reach the summit making it the deadliest day and the deadliest year on Mount Everest until later in 2014 when an avalanche occurred and then again in 2015 when 18 were killed from avalanches that transpired from the Nepal earthquake.

The 1996 tragedies prompted the publishing of many books that accounted the treacherous conditions and adventure that lied within Mount Everest. Climbers and rescue activists have all contributed books and films that encircle the climb and aftermath. Now again this year, Hollywood will showcase a major motion film entitled Everest. Again, the historically thrilling and deadly mountain will be the center of adventure on the big screen. There is no doubt that this will not be the last film that captures the blood, sweat and tears of the thrill seeking climb.