With DC and Marvel releasing movie after movie on the big screen, many are becoming quickly acquainted with the strong women in the super hero world. 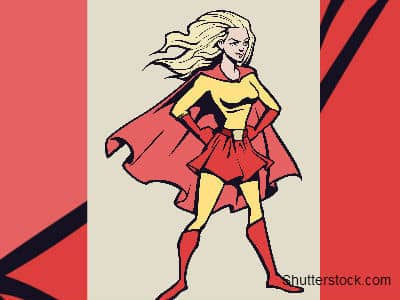 With DC and Marvel releasing movie after movie on the big screen, many are becoming quickly acquainted with the strong women in the super hero world. Whether they’re deemed as villains or super heroes, these strong women are putting a new spin on things. It’s no longer a man’s world in the comic book realm.

Productions like Batman introduced, early on, Cat Woman played by Michelle Phieffer and Poison Ivy played by Uma Thurman. Instead of just being inanimate objects to distract the super hero, they too embodied their roles and showed that women are powerful and can save the day. Anne Hathaway portrayed a renewed version of Cat Woman and at the end of The Dark Knight Rises, Hathaway’s Cat Woman is the key to saving Gotham and ultimately Bruce Wayne’s life.

Lynda Carter paved the way for women in the super hero realm when she flawlessly portrayed everyone’s favorite Wonder Woman. The Wonder Woman series ran for four years and viewers tuned in to watch the infamous Diana Prince in action. She concealed her identity and never missed a beat.

The latest female super hero woman to take everyone by storm is the Black Widow who is played by Scarlett Johansson and has portrayed the super hero in six Avenger associated films. The Black Widow is known in the real world as Natalie Rushman and her fighting capabilities are out of this world. She single handedly dominates the bad guys with no help from any boys.

Another super hero series that’s showcases female super heroes is The X-Men films. From Rogue to Mystique, these women are powerful and are some of the strongest super heroes in the game. The X-Men series has allowed viewers to witness the evolution of Mystique by portraying her grown up with actress Rebecca Romijn and then in recent films, as a young woman, with actress Jennifer Lawrence. Rumors have also leaked that Marvel plans on releasing a film, similar to the Wolverine trilogy, that highlights Mystique in the main super hero role.

There are no limitations for these amazing strong women, as they continue to conquer and overcome the obstacles that are put in their way. The viewership, of these films and shows, are proof that everyone wants more and will pay the ticket prices to see the super heroes regardless of their gender.

Angela Guzman is an Editor at Beliefnet.com