Surrounded by their close family and friends, Angelina Jolie and Brad Pitt got married Saturday in Chateau Miraval, France. 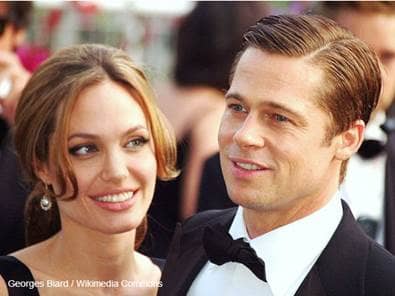 Well, attention Hollywood – they finally did it! Angelina Jolie and Brad Pitt have finally tied the knot, in France, after nine years together. The couple has six children - Maddox, 13, Pax, 10, Zahara, 9, Shiloh, 8, and twins Vivienne and Knox, 6, all took part in the wedding.

The Associated Press reported that Maddox and Pax walked Jolie down the aisle, while Zahara and Vivienne were the flower girls and threw rose petals. Shiloh and Knox served as ring bearers.

Jolie told "Good Morning America", in an interview earlier this year that getting the kids involved in the couple's big day was very important to them. They got engaged in 2012 when Pitt proposed with a custom-designed ring.

The couple has spoken out several times about getting married, prior to expanding their family, Jolie and Pitt, did not believe it was important to get married and wanted to wait until all couples could legally get married. As their family continued to grow their children would consistently question why the couple wasn’t married and when they planned on tying the knot. Pitt told USA Weekend, “The kids ask about marriage. It’s meaning more and more to them. So it’s something we’ve got to look at.”

In an interview with People Magazine Jolie said, “We both have been married before, so it's not marriage that's necessarily kept some people together. We are legally bound to our children, not to each other, and I think that's the most important thing."