Jesus Gave Me The Power To Do This 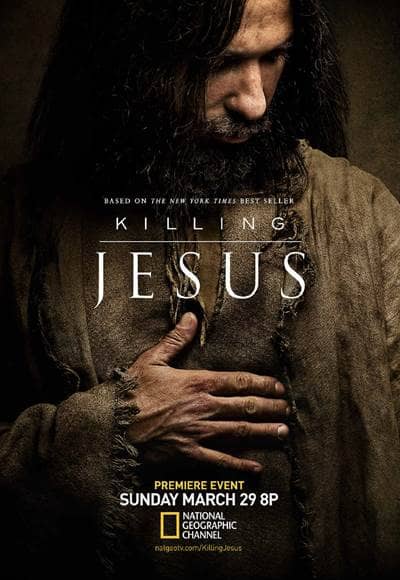 “We didn’t want to do a religious film because we are historians,” said Bill O’Reilly at the world premier of his collaboration with National Geographic and Scott Free Productions book turned film, “Killing Jesus.” The work is based on the famous series by O’Reilly, as others in it’s category include: Killing Kennedy, Killing Patton and Killing Lincoln. Each focuses on the conspiracies fueling their assassinations and the pivotal historical and political climate of the time. “This is a very different Jesus. Not surfer Jesus,” O’Reilly said. “This is what really happened and why Jesus of Nazareth became the most famous person in the world.”

Beliefnet sat down with actor Haaz Sleiman to talk about his “role of a lifetime” playing one of the most controversial figures in history. He laughs when asked about his reaction to finding out he got the part, “All I could say was ‘Jesus, help me!’ Seriously though love was the only thing guiding me through this project. He [Jesus] is what gave me power throughout the whole experience. I was questioning whether I was good enough or worthy enough to portray Him and what He stood for...again I’m only human.” Landing the part as Jesus was truly a full-circle moment as the ten years leading up to this point was a time where he says he was heavily influenced by His teachings, “I believe in God and that He sends people in your life at different times for different reasons. I was going through a really dark time at one point and through the exposure from others to Jesus’ teachings it really helped me get out of that place.”

Sleiman recounts shooting the Sermon on the Mount scene and feeling what Jesus might’ve felt addressing thousands of people from all walks of life, “What was powerful about Jesus and what I realized especially in those moments was the ability to see people without judgement regardless of how they look, how they walk, how they talk, the color of their skin, where they come from, whether they’re rich or poor and to be able to see people as powerful, not weak.”

Becoming Jesus took Sleiman on an emotional journey of highs and lows that he believed helped him connect with the side of Jesus that often goes overlooked by both religious communities and the secular world...His human side. “He bled. He felt real pain and agony. So humanizing the story as much as possible was the most important factor to me the director and the writer,” said Sleiman. “We’ve all seen the other productions and looking at the [deity] of Jesus is certainly important. However, this take on the story highlights more of the political, social and cultural climate at the time.” Haaz, who swears he’s really a kid at heart, shared one of the darker moments of the film that took ‘getting into character' to another level, “I remember coming back dragging on the day I had to do the scene carrying the beam to the cross to be crucified. As I was walking there was one take where I just said ‘Cut!’ and I just walked away and started sobbing. In a way I felt His pain in that moment and it really brought me to tears.” On days like this Haaz shared he would have to find ways to shake the sorrow, "I had to laugh or do something fun afterwards."

The entire film was shot in the fiery deserts of Morocco in North Africa to capture the authenticity and true environmental picture of the time. “We were all sweating, between the wigs, the beards and the layers of costumes it was incredibly hot but it was worth the outcome.” Despite different religious backgrounds Haaz, who considers himself more 'spiritual' than religious, believes we can all glean something from Jesus’ life work, “How could you not be impacted by His teachings regardless of what faith you’re from. I think it’s everyone’s story.” Sleiman challenges the critics who say his Muslim upbringing disqualifies him from playing the part with one question, “What would Jesus do?”

Don’t miss this historical account of the life of Jesus and the conspiracies that led to His death. Watch this Sunday, March 29th on National Geographic. Check your local listings for times.

Jana Duckett, Ph.D. (ABA) is the Associate Director of Digital Marketing and Communications for The Catholic University of America. She is also a former social media manager and editor at Beliefnet.com. She a lover of God, people, and words helping others discover their “God-designed area of excellence.”