Can we learn anything from Olivia Pope? Here are three life lessons the ABC show Scandal teaches us. 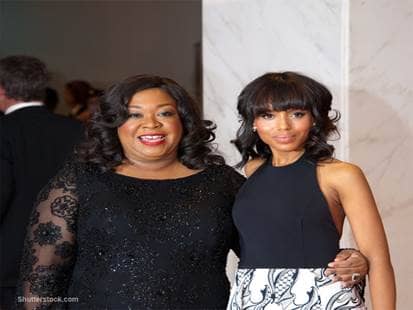 The hit ABC drama Scandal is creating a lot of buzz, even making it’s way into the church. It’s true. Some pastors are using the show’s trials and fallouts of infidelity as illustrations for their sermons. Senior Pastor of Mount Calvary Holy Church of Winston-Salem, Dr. Tejado Hanchell used the show to tweet advice to single women, “#DearSingleSister,” he says, “A married man can’t ‘earn you.’ His assets are tied up in another investment.” Christians are no stranger to scandal, The Holy Bible is full of the real-world ups and downs of: adultery, temptation, redemption and the need to be rescued from sin. While the show’s protagonist, Olivia Pope, may have a large following of constituents, is this necessarily a good thing? Can we learn anything from the heroine? Here are three life lessons the show teaches.

Character is more important than a career:

For Olivia Pope, her career outweighs her character. The irony here is that she’s a crisis manager who can’t seem to fix her own problems. While she’s successful in the world, her inner life is in shambles and rather than turning to God she attempts to turn to the men in her life to provide remedy. The outcome…she always ends up unfulfilled and brokenhearted.

Sometimes following your heart can hurt:

Her extramarital affair with her boss, President Fitzgerald Grant III, takes her down a fiery road of passion, lust and pain.

What’s worse is that their indiscretion eventually leads to the death of Fitz’s son. The Bible warns about the deceitfulness of the heart and cautions that wrongdoing is fun for a season, but in the end it leaves deep wounds and a trail of tears.

Do not be swayed by appearances:

People that look good on the outside don’t always have it together. The wisest and richest man of all time, King Solomon, wrote extensively about this truth. He lived a life full of luxury and had all his desires met. Even after all this he ended with these words, “Now all has been heard; here is the conclusion of the matter: Fear God and keep His commandments, for this is the duty of all mankind.

In the end, it is okay to watch shows like Scandal. However, they should never serve merely as entertainment, but a cautionary tale of what a life becomes absent from the governing power of God’s word and presence.