It’s reported in 2008, that roughly 3.4 million people watched thousands of dogs compete for Best in Show at Westminster. 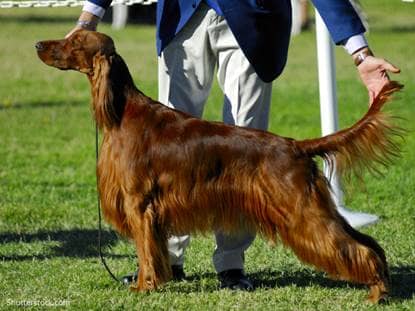 If you’ve ever channel surfed, there’s no doubt you’ve came across a dog show or two. Each year, thousands of dogs compete in local and nationwide dog shows. Most shows feature events in which purebred dogs compete against others that are also within their breeds’ standards.

The United Kingdom is home to the largest dog show, Crufts and the American Kennel Club runs Westminster which is the most famous show in the U.S. In each show the dog’s physical attributes including appearance and body structure are judged. While many prestigious shows do not offer big cash prizes to the winners, the title of winner is a huge honor. Similar to pageants, dog handlers spend a lot of money for dog care and travel. However, despite the hefty price tag many people still tune in and participate in the festivities. It’s reported in 2008, that roughly 3.4 million people watched thousands of dogs compete for Best in Show at Westminster.

Here are some interesting doggie facts you may have missed, but could definitely serve as a conversation starter for your next water cooler break.

1. Patty Hearst’s dog and President Obama’s dog’s cousins were both finalists at the Westminster Dog Show.

3. The greatest skills of champion dogs are to have perfectly groomed hair and the ability to not freak out in a stressful situation.

4. The National Dog Shoe by Purina airs on NBC from noon to 2 p.m. on Thanksgiving Day, following the Macy’s Thanksgiving Day Parade. However, the show is actually filmed November 14th.

5. The first reported National Dog Show was in 1879. The Kennel Club of Philadelphia hosted its first show in 1912. The shoe has continued, with the only exception being from 1928 and 1932 due to the Great Depression. NBC began airing the show in 2002.

6. Even though NBC’s broadcast is two hours long, that is actually only a fraction of the show. The show begins at 9 a.m. Saturday and the event doesn’t end until 5 p.m. the next day.

7. From hair straighteners, hair extensions and nail polish there is no real end measure that owners will use to get their dog ready for the show.

8. The oldest winner to win best-in-show, according to official records, was a 10-year-old Sussex spaniel named Stump. After his win, Stump was featured in AARP Magazine as an inspiration to senior citizens everywhere.

9. Every year the dog awarded as Best in Show is awarded a gourmet meal at Manhattan’s world-famous Sardi’s restaurant. Rumors circulated that the city was threatening end the traditional feast due to health concerns however, the New York Times published an article confirming the story to be untrue.

10. Every year, during Westminster Week, the Empire State Building partakes in the celebration by lighting up in purple and yellow – which are the official colors of the Westminster Dog Show.