According to Bloomberg, the new Facebook reactions will include emojis for “Love”, “Sad”, “Angry”, “Happy” and “Wow”. 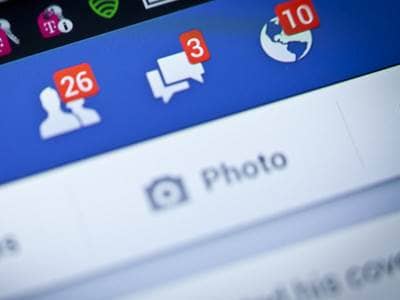 Just when you thought Facebook couldn’t get any more interactive, think again. Since the Dislike button was quickly shut down, Facebook has announced that they have been testing reactions for awhile and now they’re ready to officially launch. Mark Zuckerberg believes that Facebook users will embrace the new reactions because it will provide people with something other than just liking a friend’s post.

If you live under a rock and haven’t been on Facebook before, you know that the only reaction anyone can really have is to like something. However, if a friend posts something sad then the last thing someone will want to do is like that post. Obviously there are more than five reactions however, keeping them limited will help Facebook analysts to monitor and track the overall reception.

According to Bloomberg, the new Facebook reactions will include emojis for “Love”, “Sad”, “Angry”, “Happy” and “Wow”. Another reaction emoji that was tested in several markets was the “Yay” emoji however, after many tests Facebook said the symbol was not universally understood across the board.

Chris Cox, Facebook’s chief product officer, lead the team who helped create and test the new Facebook reaction buttons, - and of course Zuckerberg provided his input. In a statement Cox said, “Within the company, there were some debate on how to add the options without making every post look crowded with things to click.

The simpler Facebook is to use, the more people will use it. Zuckerberg had a solution: Just display the usual thumbs-up button under each post, but if someone on her smart phone presses down on it a little longer, the other options will reveal themselves. Cox’s team went with that and added animation to clarify their meaning, making the yellow emojis bounce and change expression. The angry one turns red, looking downward in rage, for example. Once people click their responses, the posts in News Feed show a tally of how many wows, hahas, and loves each generated.”

While the update may seem minimal, the clickable responses will provide people with more input and give the Facebook team more information for news feed algorithms – which will help make content more relevant to users. In addition, many online news sites believe that the added reactions will keep people on the Facebook forum longer.