"He was all about love and compassion and forgiveness and trying to bring people together and that's what the church should be about," said John. 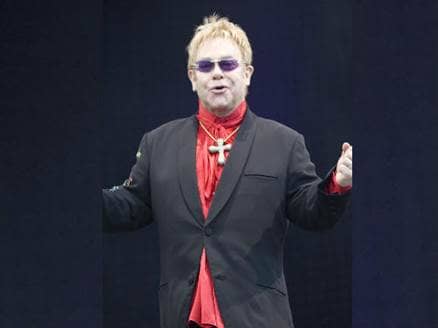 In June, musical legend Sir Elton John said in an interview with Sky News that he believes Jesus would approve gay marriage.

"These are old and stupid things. If Jesus Christ was alive today, I cannot see him, as the Christian person that he was and the great person that he was, saying this could not happen," said John. "He was all about love and compassion and forgiveness and trying to bring people together and that's what the church should be about."

John was specifically talking about gay priests getting married, and said he hopes the Church will abolish its priests’ vow of celibacy, which he called an “old and stupid” tradition. John’s words come days after the Vatican released a new document against the unjust discrimination of gay people. However, in the same statement the Vatican affirmed their beliefs on traditional teachings of marriage.

John is in a civil partnership with filmmaker David Furnish and said he thinks they will get married next year. In the meantime, John plans on fighting for the rights of other gay men and women.“Globally, we seem to have gone backwards in the last 18 months in certain areas,” John said. “As long as I'm alive, I will fight for people's rights,” said John.

In response to John’s statement, a conservative Christian campaign group has called John's comments, "remarkably ignorant and staggeringly arrogant." Campaign director Andrew Marsh of Christian Concern told BBC Radio Wales that God has given people "a pattern so that we might flourish," but noted that "all of us fall short of God's pattern, all of us are flawed and failed in every area, not least the area of sexual ethics."

Marsh went on to say, "All of us fail and fall short of God's pattern for sexuality. But the answer to that is not to remove the pattern that God has given, it is to recognize that Jesus laid down His life so that we might be forgiven, restored, there might be hope for the future and that indeed is what God has promised," he concluded.

As a gay rights activist, John plans on making the leaps and bounds to fight for gay equality. John is planning a trip to Russia, where LGBT have been beaten under a law passed last year banning “propaganda of nontraditional sexual relations among minors.” “I am going to Russia in November, and I will try to meet (President Vladimir) Putin and I will try and talk to him,” John said. “I don't know what good it will do, though, but unless you build a bridge - it's no good putting up a wall and saying, ‘I'm not talking to these people’ - the only thing that gets solved is by talking to people.”